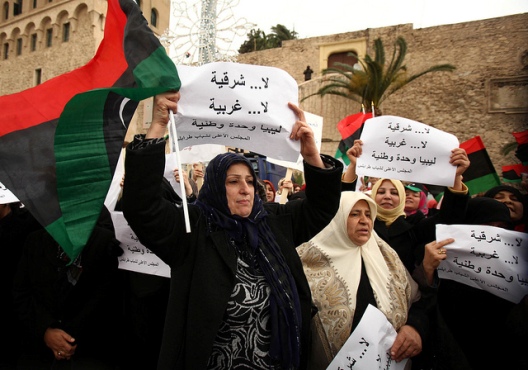 The General National Congress (GNC) of Libya made significant progress in the country’s slogging transition to democracy in July when it passed an electoral law to govern the elections of a sixty-member constituent assembly to draft a new constitution. The decision to elect the assembly was itself controversial. The constitutional declaration, the interim governing document adopted by the self-appointed National Transitional Council, had originally called for the assembly to be appointed by the GNC. A series of legal and political battles led the GNC to amend the constitutional declaration in February 2013 to call for direct elections. Further controversies around the electoral system delayed passage of the electoral law until July 16, 2013.

Direct elections for a purely constitution-making body are rare. Although direct elections determined the makeup of the Tunisian constituent assembly, it also serves as an interim parliament and has over three times as many members at 217. The small size of the Libyan assembly—at sixty members—presents a challenge for electoral policymakers: how can they ensure national representation with so few seats to distribute?

The constitutional declaration complicates the matter, requiring that Libya’s three historical provinces in the east, west, and south be represented equally, with twenty seats apiece. The use of boundaries defined by these historical provinces, relics from Ottoman rule without formal meaning since 1963, hardly provides a framework for equal representation; throughout the Qaddafi regime, Libya was divided into various subnational divisions that often changed names and borders. The nature of regional conflict today resembles little from the 1950s. Indeed, some of the most intense conflicts occur between cities from within the same province, such as Misrata and Zintan. With regional representation and decentralization among the most critical challenges facing Libya, such an arbitrary arrangement makes little sense in the pursuit of national consensus.

Furthermore, as Ronald Bruce St John has noted, the populations of the three provinces are vastly different—the west has about 60 percent of the population, the east 30 percent, and the south 10 percent—yet they have equal representation in the constituent assembly. A compelling argument can be made to support this formulation, despite the dramatic inequality in the weight of votes in the three provinces. The argument is that a constitution should reflect a national consensus given its fundamental nature in a political system, and distributing seats according to population size is not necessarily the best formula for achieving a national consensus. Libya’s southern province should consent to the final constitutional bargain, which would not be guaranteed if it held only 10 percent of the seats in the constituent assembly. The inequality of the vote is problematic, however, insofar as the west has only twenty seats to distribute among roughly 4 million citizens, many from cities with deep conflicts between them.

The provisions for guaranteeing seats for women and ethnic groups also presents an additional layer of complexity in ensuring broad representation are. The law provides that 10 percent of the seats will be reserved for women. Some electoral districts will formulate two candidate lists: one for everyone, and one for women only. Women have little incentive to run on the general list since their chances will increase significantly on the women-only list. The six reserved seats effectively places a cap on women’s participation in the constituent assembly. Not only is female representation low relative to the overall number in the assembly, it is low in absolute terms: only six women will participate in the assembly, representing a minority voice in virtually every decision-making forum.

No official date has been set for the elections, but rumors indicate that the national election commission aims for a vote in late December. According to the constitutional declaration, the constituent assembly will then have four months to draft a constitution and submit it to public referendum. Neither benchmark, however, appears certain.

One certainty is that the electoral system called for the electoral law is confusing and contains many traps that could present challenges to the goals of broad representation and consensus building in the constitution-making process. Without supplemented regulations and rules of procedure for the constituent assembly that work toward inclusiveness and participation, this confusion could divide an already divided society. Further analysis of the law, including a list of recommendations, is provided in a recent report from Democracy Reporting International and the Sadeq Institute.

Duncan Pickard is a nonresident fellow at the Rafik Hariri Center for the Middle East. The opinions expressed here are his own.