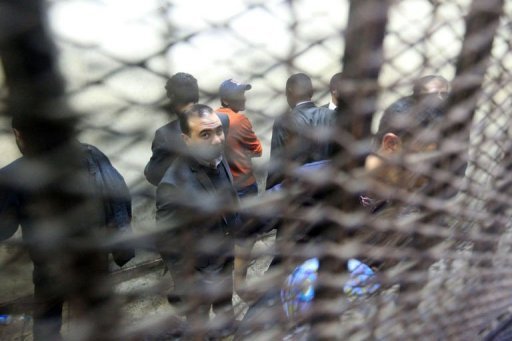 Egyptian-US relations have been low before, but the current quarrel has taken on the absurdity of a grotesque political soap opera, not only to Americans but to many Egyptians as well.  Although this bilateral blowout is looking increasingly unfathomable, the significance of the current crisis over the trial of American NGO workers cannot be underestimated, and poses a fundamental threat to the future of the US-Egypt relationship.

Was the $60 billion in military and economic aid that U.S. taxpayers have given to Egypt since 1979 a wasted investment?  Economists would call this an unrecoverable “sunk cost.”Looking beyond the money, U.S. policy-makers need a levelheaded strategy for repairing a relationship that is too important to terminate, now or ever. No one is eager to threaten or bully Egypt’s leaders into backing down from the crisis by withdrawing the $1.3 billion dollar aid package.  That would be an unfortunate worst-case scenario that the United States would not even be considering were it not for Cairo’s reckless and stubborn assault on civil society activists, Egyptian as well as foreign.

Egypt’s ruling generals lost the right to treat American aid as a sacrosanct entitlement when they exceeded their mandate, forgetting that they are caretakers rather than rulers; what they are “care-taking” is a transitional process that will end with a transfer of power to civilians.  Over the course of the transition, the more they have resisted relinquishing power, the more they have lost the trust and support of the Egyptian people. And the military council’s political legitimacy is not the only thing being called into question. High-ranking military officers, who had previously escaped the scrutiny of protesters demanding accountability for corruption and human rights violations by security personnel, are now facing some of the same inquiries. Some have gone so far as to condemn them as crony capitalists-in-uniform.  And many Egyptians see them as criminals who have hijacked the revolution and failed to stop the killing of more demonstrators and innocent bystanders than lost their lives during Mubarak’s last 18 days in office.

Pushed by the forces of nationalism and pride, Egypt’s leaders are having a hard time backing down from a position they justify as an assertion of national sovereignty. The only way to defuse the current crisis is to find a way for Egypt and the United States to reach a détente and walk away with their respective national interest and dignity intact. A face-saving exit allowing Egypt’s embattled leaders to cease their crusade against civil society while preserving their pride is the only way to move the US-Egypt relationship beyond the present fallout.  Will it continue to be a “strategic partnership,” based on military cooperation and political partnership in the Middle East peace process?  Will both countries remain committed to achieving a nuclear weapons-free Middle East and keeping Iran out of the club that Israel is in?  Will it develop into a partnership that builds off of a successful democratic transition in Egypt to support parallel reforms throughout the Arab world?

The way out of this crisis is to end the circus of putting Americans, Egyptians, Serbs, Palestinians, Germans, Jordanians, and Norwegians on trial for working to advance democracy and human rights.  The way must also include assurances from countries supporting NGOs in Egypt that future assistance to civil society groups will be conveyed legally and transparently, whatever the outcome of the current trial.

Both countries need to take the equivalent of a deep breath and recognize that now – as Egypt struggles to get its democratic transition off the ground — is not a good time to take rash and alienating measures that could do irrevocable damage to the bilateral relationship.  Once through this crisis, with whatever ‘face-saving’ resolution they can engineer, Egyptian and American political and military leaders will need to reassess the relationship/partnership.  They will have to realize that the partnership is itself in transition, and while no one can accurately say what the new stasis will be, it will inevitably look different from anything that has come before.

That’s the challenging reality of a relationship that, while troubled, is too resilient to vanish into thin air after decades of mutual investment and cooperation.  It is unclear what the two partners will need from one another in the near or distant future – except for this: they will need one another to advance their respective national interests in a rapidly changing region that will be more democratic and less predictable than ever before.

Denis Sullivan is a Professor of Political Science and serves as Director of Northeastern’s Middle East Center for Peace, Culture, and Development. He has worked, studied and lived in Egypt over many decades. He can be reached at [email protected]