Waves of protests have hit Iraq this past October and November, calling for the resignation of the post-war government and sweeping changes. Last month alone, there have been reports of hundreds of protesters killed and thousands wounded by security forces in clashes across the country, from Tahrir Square in Baghdad to cities like Diwaniyah, Najaf, and Nasiriya in the south. These protests snowballed into the biggest security challenge Iraq has faced since the removal of the Islamic State (ISIS) nearly two years ago.

These protests are directed at the political system, the exploitative class of elite leaders, and the growing Iranian influence seen directly in the powerful Iraqi Shia militias. Demands for change are the following:

As an OPEC member with the fourth largest proven oil reserves in the world, Iraq still suffers from high unemployment and poor public services. The sectarian power-sharing government put in place after the US invasion in 2003 developed an entrenched political class despite regular elections. Currently, the government is dominated by the country’s Shia majority, and protesters have largely hailed from this sect as well.

Protests are backed by the influential, pro-Iranian Shia cleric, and political leader, Muqtada al-Sadr. He called upon the government to resign, which sparked further anti-Iranian sentiment among protesters. However, from the beginning of their movement, the protesters’ message has been clear: to no longer accept any current religious or political leadership. Additionally, with a Shia majority, this group of protesters has surprisingly harbored anti-Iranian sentiment, smacking their shoes against banners of Ayatollah Ali Khamenei and chanting anti-Iranian slogans.

On the part of the Iraqi government, security forces have utilized live ammunition, rubber bullets, water cannons, and military-grade tear gas grenades in order to contain the protests and disperse demonstrators in certain areas. The international community has condemned the violent methods used by security forces. In addition to this, curfews have been placed in cities across the country, however this has done little to keep demonstrators from coming together. 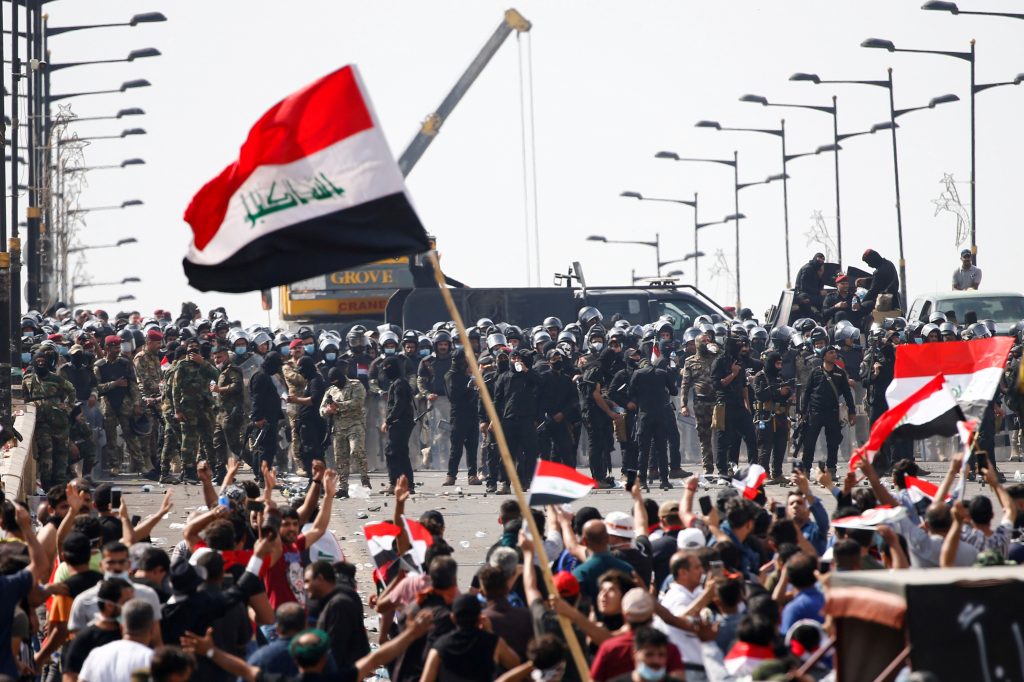 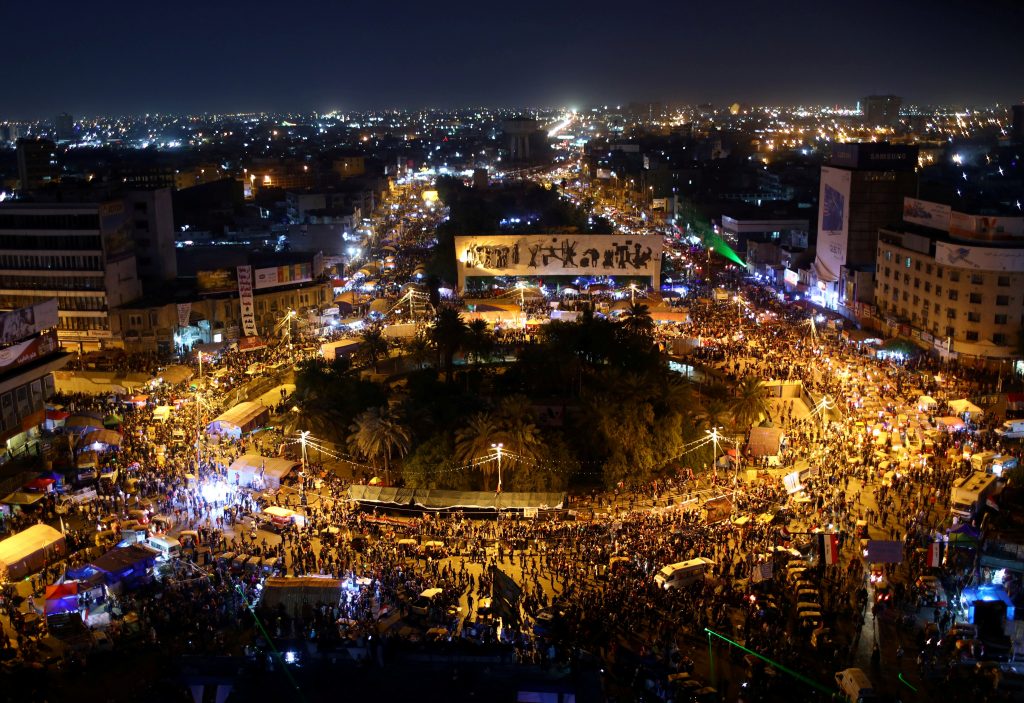 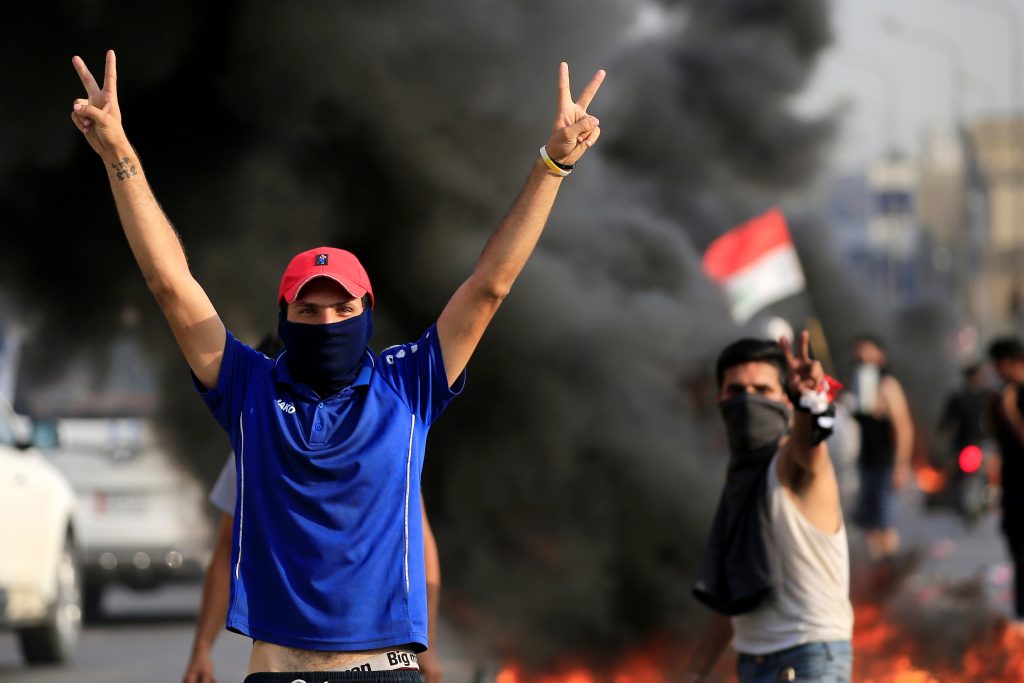 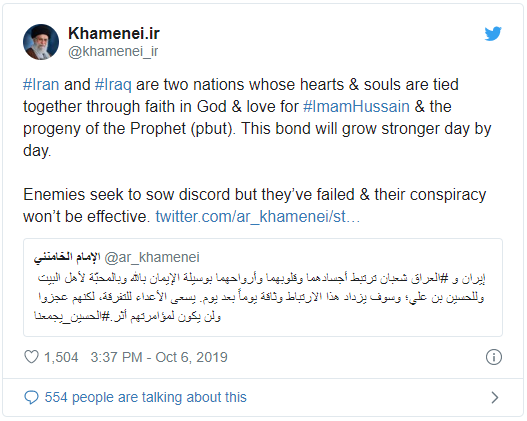 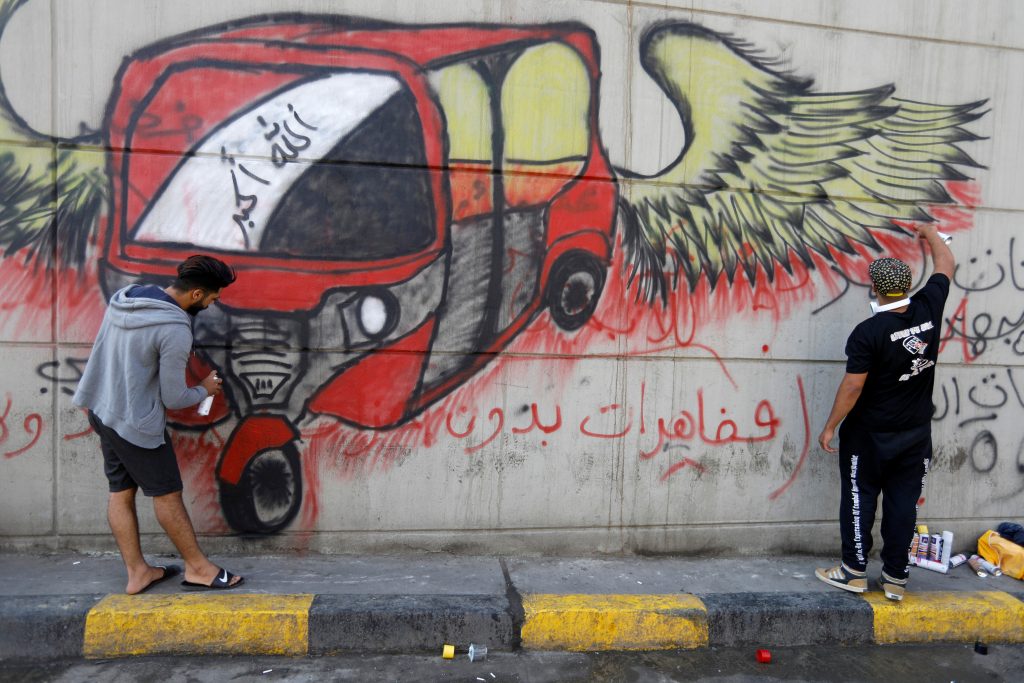 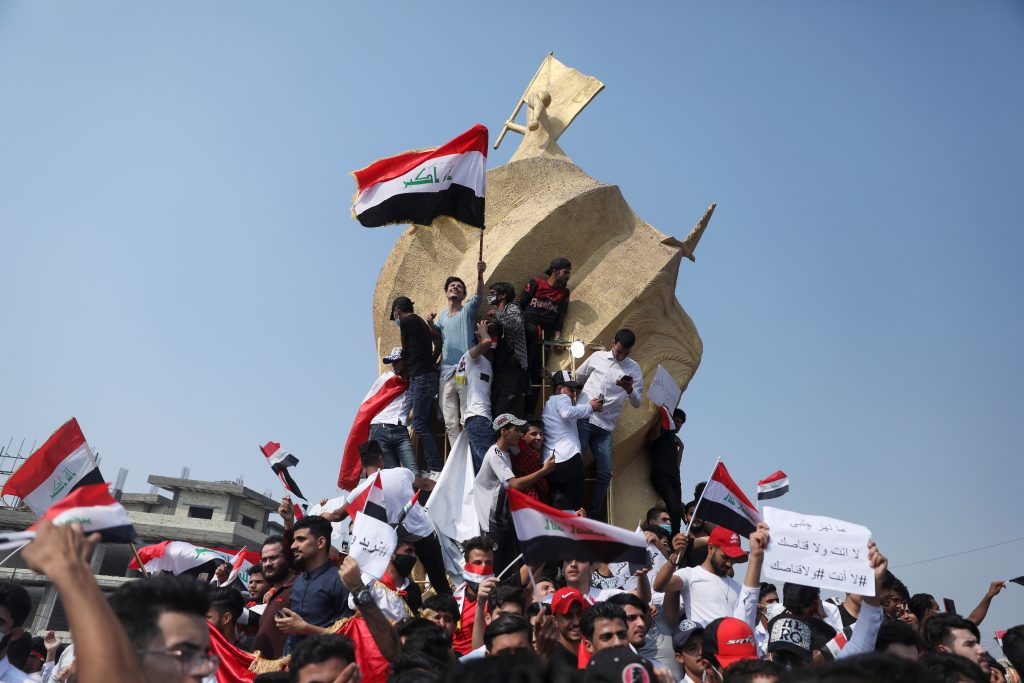 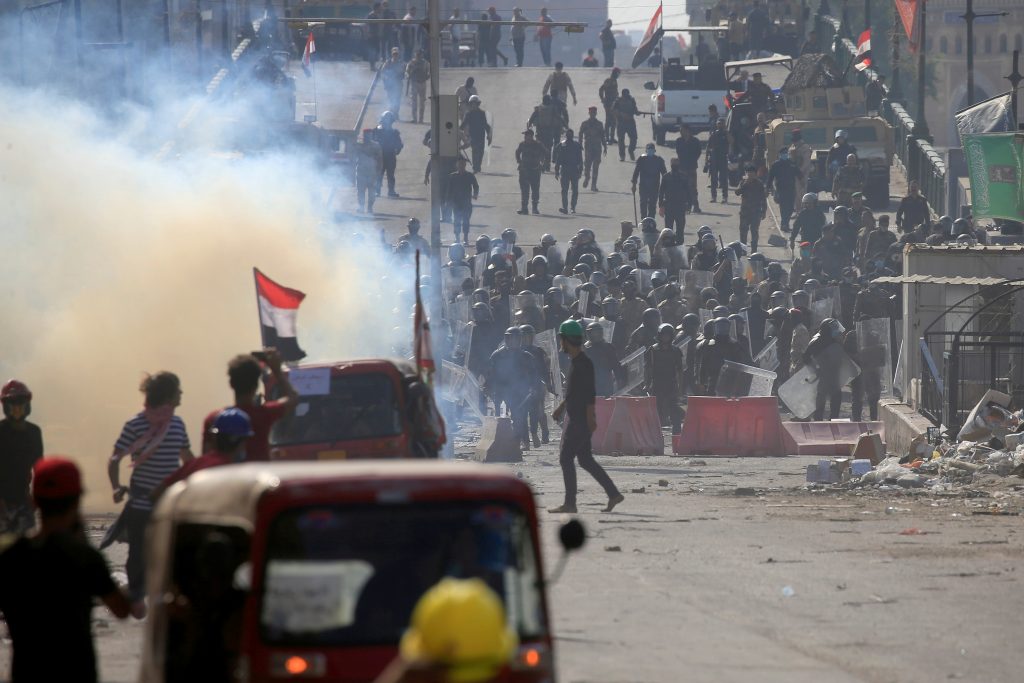 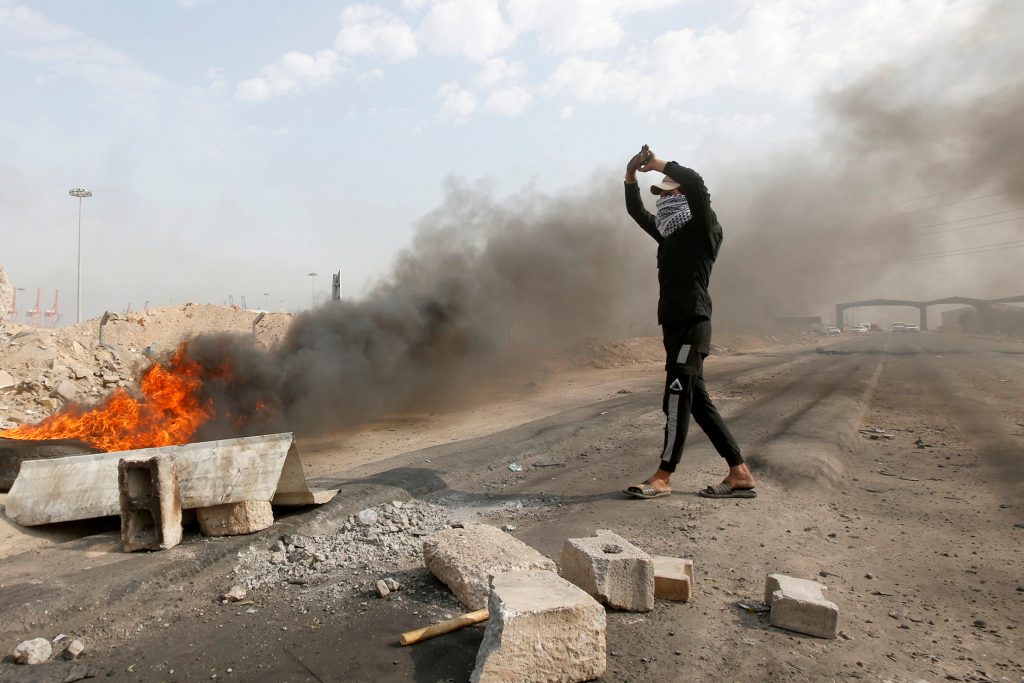 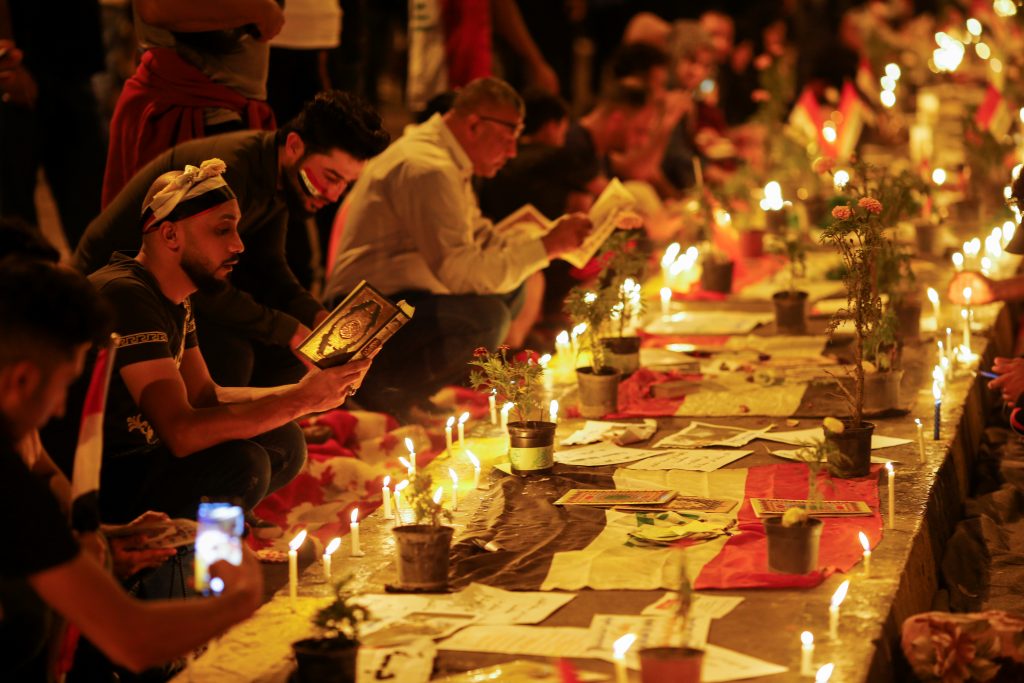 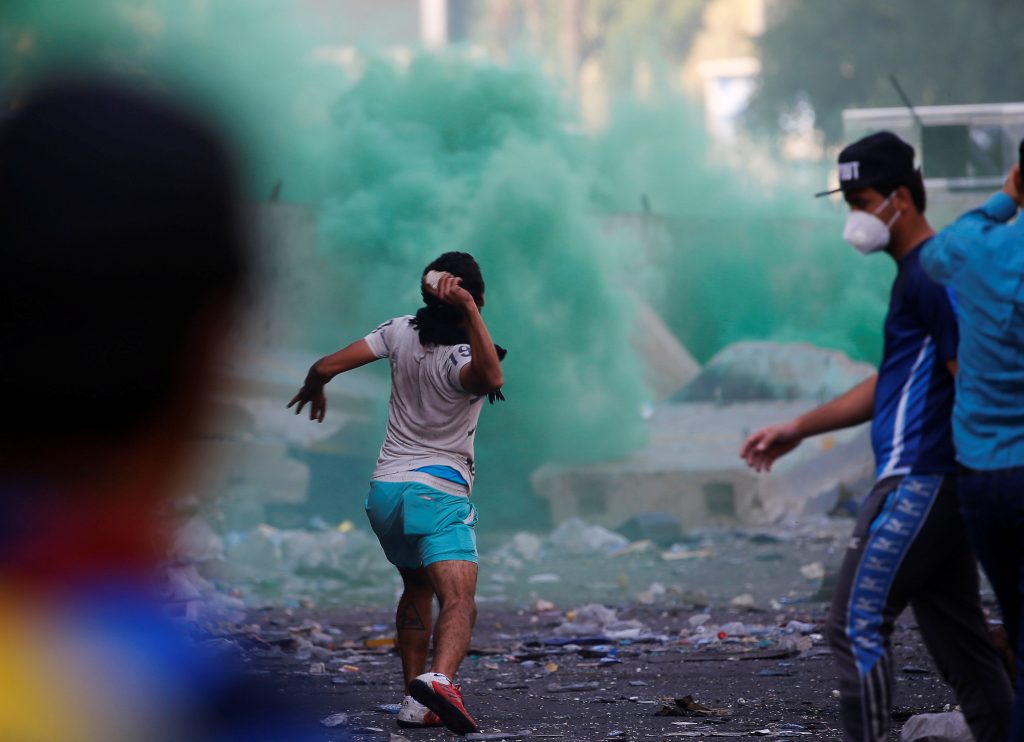 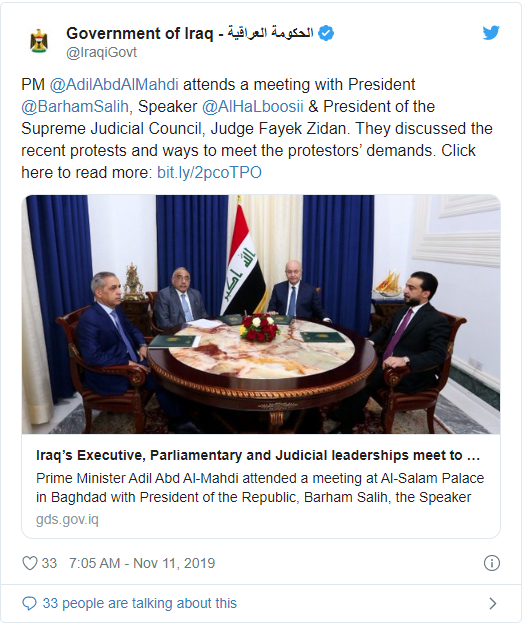 US Vice President calls for restraint

“One of the worst” days since October 1 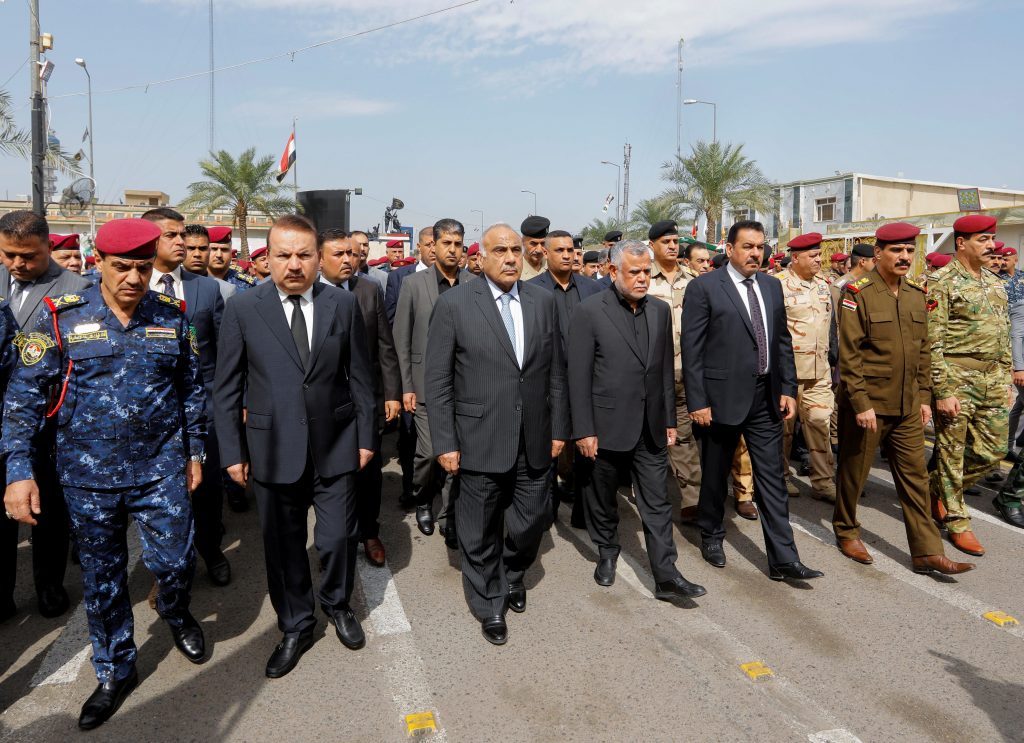 What is the future outlook for Iraq?

Changes have already been made in the aftermath of these waves of protests, such as the resignation announcement of Iraqi Prime Minister Adel Abd al-Mahdi along with the declaration by President Barham Salih to draft a new election law, with early elections to be planned once enacted. Further responses by the government and parliament have been to reshuffle posts and promise public sector jobs to fix the unemployment crisis. The ongoing demands of the protesters have been a long time coming, creating a social movement that is focused not only on changing the government, but the system itself.

Christiana Haynes is an intern with the Atlantic Council’s Middle East programs and a Master’s Candidate in Middle East Studies at The George Washington University. 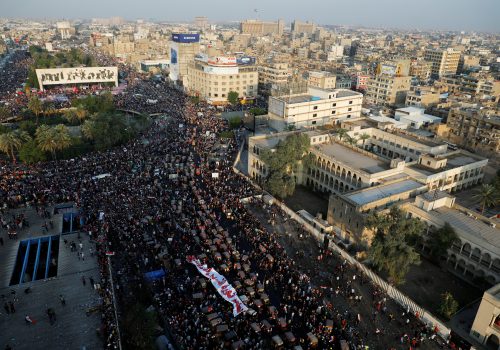 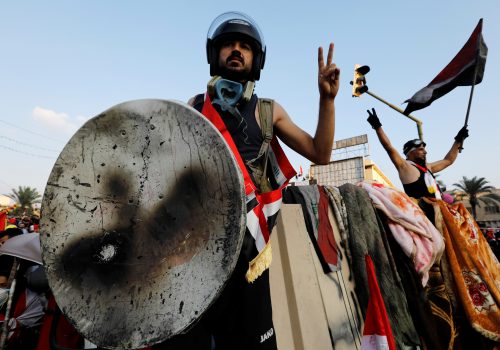 ﻿Will protests herald a new era in Iraqi politics?

The defining feature of the protests in Baghdad which started on October 1 and spread to other cities in southern Iraq is that they were neither led nor called for by a religious authority (also known as the marja’iya) or another leader. When the first wave of protests began in multiple cities, the protesters’ message […] 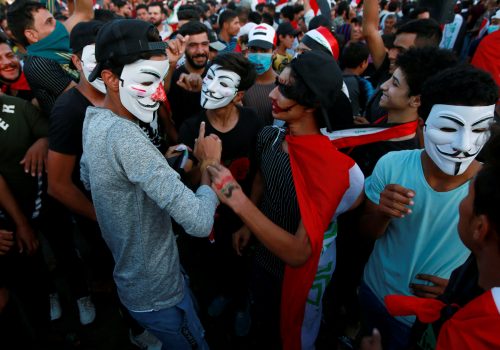