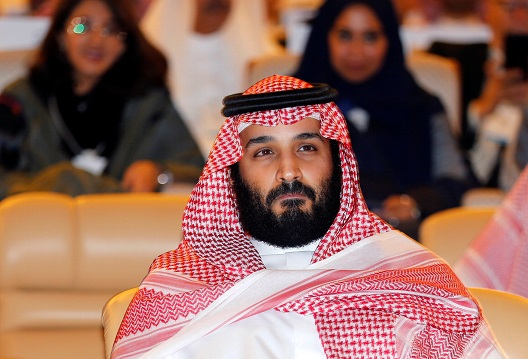 Over the weekend, Saudi Arabia’s Crown Prince Mohammed bin Salman (MbS) made headlines again as Saudi announced the arrest of eleven high ranking princes and ministers. The announcement, made via the Saudi-owned Arabic-language broadcaster Al Arabiya, sent shock waves throughout Saudi and the financial world.

The removal of princes and ministers is part of an anti-corruption campaign meant to show Saudi Arabia’s intent to reform and modernize, but many sources believe it is more likely a move by the Crown Prince to consolidate power. Among those arrested were billionaire investor Prince Alwaleed bin Talal, and Prince Miteb bin Abdullah, who was the head of the National Guard. In detaining Prince Miteb bin Abdullah, MbS effectively removed all challenges to his ascension. Indeed, such a public arrest of members of the monarchy is especially surprising in a Kingdom which is known for quietly sidelining ministers and officials. A senior Arab official speaking to the BBC said that “it was a message that no one is above the law, or more precisely above his law.”

Officially, these arrests were an attempt to breathe new life into Saudi’s stagnant economy by cracking down on corruption. Pro-government media immediately hailed these arrests as a sign of reform on the part of the prince, who has promised to transition Saudi Arabia to a more modern and independent economy. In fact, the crown prince went so far as to seek endorsement of the arrests from the Council of Senior Scholars, Saudi Arabia’s highest religious body. The Council issued a statement on Saturday which gave religious authorization for the high-level arrests: “fighting corruption is dictated by Islamic law, and is dictated by the national interest, and fighting it is no less important than fighting terrorism.” However, skepticism of these intentions may be well-warranted, as sources report that that the new “anti-corruption committee,” which was responsible for the arrests and chaired by Crown Prince Mohammad bin Salman and “has the right to investigate, arrest, ban from travel, freeze accounts and portfolios, track funds and assets of individuals involved in corruption practices,” was decreed into existence just hours before the arrests were made.  Additionally, it was reported that the airport for private planes in Riyadh was closed over the weekend, stirring speculation that the crown prince was attempting to block more businessmen from leaving in the wake of the arrests. The arrested officials are being held at the Ritz-Carlton Hotel in Riyadh.

Prince Alwaleed bin Talal, among those arrested, is one of the richest men in the world with major holdings in Twitter, Apple, Lyft, and Citigroup. His detainment is one of the most notable given his penchant to serve as a liaison between Western companies and the Saudi Kingdom. News of his detention saw stock in his company, Kingdom Holding, slide by nearly 10 percent in the Saudi stock exchange. This arrest has been felt beyond Saudi Arabia, given that the magnate has investments which span the globe. With the crown prince gearing up towards Vision 2030, and seeking investors for his multiple regional projects in an effort to transform Saudi into a less oil-dependent economy, this move seems counterintuitive to many business analysts. As a large part of Vision 2030, MbS aims to get Saudi men and women employed in the private sector and reduce its dependence on foreign workers. However, the arrests made over the weekend, including that of Alwaleed bin Talal,  put a combined $33 billion of Saudi personal wealth in jeopardy. While MbS aimed to increase privatization over the last few months, including selling 5 percent of Saudi Aramco, the arrests of these prominent businessmen seem to indicate a danger to financial markets. Such a bold move, especially with the newly announced ability to seize assets at home or abroad and transfer them to the state Treasury pending investigation, could trigger a capital flight, scaring bureaucrats into fleeing and moving their assets rather than be detained.

Proponents of the move point out that it has already been successful in calming a turbulent oil market, with the price of oil up about 3 percent on Monday. Indeed, corruption has plagued the Saudi economy for decades, with members of the monarchy and the economic elites taking kickbacks from the government. Advocates of MbS argue that this is a populist move, meant to quell the concerns of the younger population whose interests politically outweigh those of the older clerics. Over half of the Saudi population is under twenty-five, a fact not lost on MbS who recently distanced himself from the Council of Senior Scholars and sought the favor of younger clerics with large social media followings.

Additionally, many bankers and analysts contend that this potential power grab opposition could make it easier for MbS to speed up radical reforms to the economy. His plans to enforce austerity measures, sell off parts of the state enterprise, and bring about social reforms to promote a more inclusive economy all require this centralization of power to be successful. Never before has a deputy crown prince wielded such power in Saudi state affairs, and while it may temporarily scare investors, some analysts are optimistic that it will allow for substantive economic growth in Saudi.

The pressing need to diversify Saudi’s economy makes concentration of power appealing to those in government, in order to push through austerity measures and reduce dependence on the oil market. However, many wonder why the end of Saudi’s consensus rule was brought about so quickly. The developments to remove corruption and sideline bureaucracy have all occurred since Saturday.

On Sunday, high-ranking Prince Mansour bin Muqrin and seven other government officials were killed in a helicopter crash while touring the southern Saudi province of Asir. The news of the crash added to the media frenzy surrounding Saudi this weekend, and led some to speculate whether the crash was truly an accident. Bin Muqrin was the son of former crown prince and head of KSA intelligence Muqrin bin Abdulaziz. Reports also confirmed that another memeber of the monarchy, Prince Abdul Aziz bin Fahd, had died on Sunday. While the Saudi official media has not commented, unconfirmed reports have surfaced suggesting the Prince died in a gunfight with police while resisting arrest as part of the anti-corruption campaign.

According to a Saudi official who spoke to Reuters under a condition of anonymity, those detained include:

MbS was also under pressure this weekend, as the chief architect of the war in Yemen, when Houthi rebels launched a ballistic missile at the Saudi capital of Riyadh. Saudi officials said they had intercepted the missile before it reached its intended target, although fragments from its destruction landed in King Khalid International Airport in Riyadh. The Houthi-run Saba news agency posted a statement claiming responsibility for the missile, which it said was a Burkan H-2. Following the interception of the missile, Saudi Arabia accused Iran of supplying the Houthis with the weapon and Monday morning released a statement calling this development “an act of war” from Iran. As tensions continue to escalate within Saudi, the ripple effects across the region are likely to continue as well.

Caroline Lord is an intern at the Rafik Hariri Center for the Middle East.