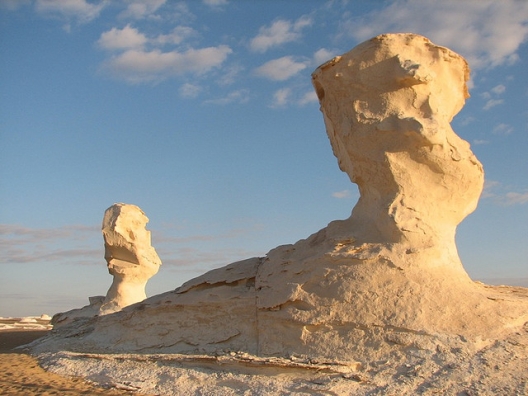 A tourist convoy of twenty-two people was mistakenly attacked by Egyptian security forces in the Western Desert on Sunday afternoon, resulting in the death of eight Mexicans and four Egyptians. Ten others were injured, and according to Egypt’s prosecution, two Egyptian officers who fired at the convoy were among those injured.

What We Know About the Attack

Mona al-Bakri, Spokeswoman for the Dar al-Fouad hospital, where the injured were taken for treatment said two of the injured Mexicans were also American citizens. US Embassy Spokesman Brian Shott said officials were investigating if Americans were involved in the incident.

Amr Imam, a lawyer at the Hisham Mubarak Law Center, and a relative of one of the Egyptian victims, told The Guardianthat the attack took place at 4pm Cairo Local Time on Sunday. He also told Mada Masr their bodies were still lying in the desert on Monday morning. According to local reports in Mexico, one of the victims was musician and shaman, Rafael Jose Bejarano Rangel, whose mother was also injured in the attack.

The group had stopped off-road near the Bahariya Oasis, when army aircraft began firing on them. The six surviving Mexicans told the Mexican Ambassador to Egypt that helicopters and an aircraft attacked them. According to Reuters, as the tourists tried to flee, ground forces also shot at them.

The Interior Ministry issued a statement saying that the tourist convoy was targeted accidentally when they were mistaken for terrorists.

“A joint police and army force were chasing terrorist elements in the Western Desert area of al-Wahat and they engaged by mistake with four 4-wheel drives belonging to Mexican tourists who were present in a restricted area.  An inspection team was formed to identify what happened and why the tourist convoy was present in the aforementioned restricted area,” the ministry said.

Security sources also said that the four-by-four vehicles used by the tourists were similar to those belonging to militants security forces had been chasing.

Military Spokesman Brigadier General Mohamed Samir said he was not authorized to comment.

Spokesperson for the Ministry of Tourism, Rasha Azazi told APthe tour company “did not have permits and did not inform authorities.” She added, “They were not supposed to be there.” Egyptian tourism federation chairman Elhamy Elzayat also told Reuters, “The area is a restricted area, and the company made a mistake by taking the tourists to that area without a permit. They must obtain a permit before going there.”

Moataz al-Sayed, a member of the Ministry’s Tourism Advisory Board and former head of the General Tourist Guides Syndicate, however told Mada Masrthe convoy had permissions and clearances for the trip. According to Sayed, the convoy detoured two kilometers into the desert, away from the road. Military checkpoints and the tour group’s own police escort did not prevent the detour, he said. “There were no signs or flags and none of the checkpoints warned them against any restrictions,” Sayed added.

Social media users also circulated what they say is the permit acquired by the tour company for the trip:

Here is the circulating permit reportedly acquired by Windows Of Egypt Tours for the Mexican Tourists. pic.twitter.com/UjisoySSdF

The authenticity of the image has not been verified.

The Ministry of Tourism said investigations are being carried out.

Foreign Minister Sameh Shoukry spoke to his counterpart on Monday, issuing the following statement after the call:

Posted by Egyptian Ministry of Foreign Affairs on Monday, September 14, 2015

During his visit, Mahlab said:

“We are standing next to the Mexican people in their tragedy. The circumstances surrounding the incident are part of Egypt’s fight against terrorism. The Mexican side is receiving the best care and we will take care of the Egyptian victims. This is a painful incident and I give my deepest condolences to the Egyptian people and our guest the Mexicans, and I have spoken to the Mexican ambassador and relayed my condolences.”

Egypt’s Ambassador to Mexico, Yasser Shaaban, held a press conference in Mexico, offering his condolences saying that the Egyptian government is taking the incident very seriously.

Mexican President Enrique Peña Nieto condemned the attack in a statement Monday, calling on Egyptian authorities to conduct “a thorough investigation of what happened.”

She also provided a 24 hour local number from the embassy in Cairo for Mexican nationals to call:

Mexican Ambassador to Egypt Jorge Alvarez Fuentes confirmed that the embassy is providing consular services to the victims of the attack:

The Mexican Embassy in Cairo also cancelled independence day celebrations scheduled for Tuesday in the wake of the attack.

The Islamic State in the Western Desert

Prior to the attack, the Islamic State’s Egypt affiliate had released a statement announcing its official presence in the Western Desert. The statement said that the militant group had exchanged fire with the Egyptian military.

The statement was attributed to Islamic State Egypt, rather than the Sinai-based affiliate, Wilayat Sinai, or Sinai State. Islamic State Egypt statements were issued claiming responsibility for Cairo attacks including bombing of the Italian Consulate and a National Security Agency building in Shubra al-Kheima.