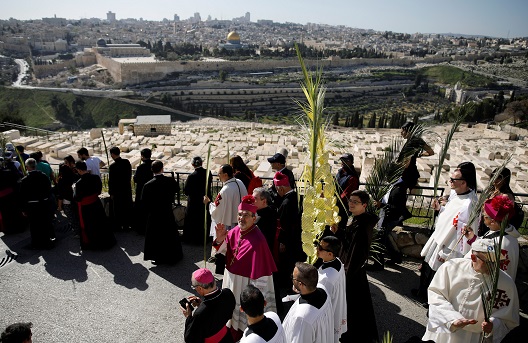 As Easter Sunday dawns, my tenure as Director of the Rafik Hariri Center ends, along with my fulltime affiliation with the Atlantic Council. Leaving behind a Hariri Center team that personifies grace, diligence, decency, expertise, initiative, and collegiality will not be easy: it is the finest group of people with whom I have worked in nearly (oh my God) fifty years of professional life. But it is time for this superb Center to have new and, by definition, younger leadership.

When I joined the Atlantic Council and the Hariri Center in late 2012, I had no idea that I would one day be the Center’s Director. I came to work on Syria.

For over three years, I tried and failed to do that which I also tried and failed to do as a so-called senior government official: persuade the Obama administration that its Syria policy was helping to expand and prolong a humanitarian abomination while giving our adversaries—Assad, al-Qaeda, Russia, and Iran—the idea that the United States was all talk and no action. Sadly, the administration sacrificed Syrian civilians and American credibility for the mistaken notion that Iran required appeasement in Syria as the price for a nuclear agreement. The reckless impunity we witness today of Russia’s Vladimir Putin is a poisoned dividend of the Obama administration’s Syria policy.

In early 2016, however, I was given an opportunity to lead the Center. I was encouraged to seize that opportunity by colleagues with whom I’d built relationships of trust and confidence over the years. And beyond my Syria-related work, I really believed that the Center’s mission—focusing as it has from the beginning on the issue of political legitimacy in the Arab World—was all-important.

The Hariri Center was, in fact, born during the turbulence of the “Arab Spring.” It is fashionable now to say, seven years after popular uprisings in Egypt, Libya, Yemen, Syria, and Tunisia, that “the Arab Spring is dead.” To reach such a conclusion, however, is to assume that seven years is a sufficient time span to yield a definitive judgment on the matter. It also assumes that political systems grounded in something other than consent of the governed are indefinitely sustainable.

As one surveys the Arab World from the Atlantic to the Arabian Gulf, where does one find political legitimacy? In which Arab states are there populations willing to say, as a matter of broad consensus, that the systems governing them are right and just; that monarchs, presidents, and premiers, good and bad, come and go, but that the system itself is worth defending: it upholds the dignity and welfare of the citizenry, and its officials are ultimately accountable to rule of law?

Legitimacy in this sense is not a matter of seeing Western-style democracies replicated, or insisting naively (and sometimes destructively) on elections as a starting point for consent of the governed. There are, no doubt, many paths to legitimacy. And just as political elites have a variety of tools to bypass or even (superficially) compel consent, those elites wise enough to value consent of the governed must be able to deliver to their constituents some basics: security, education, jobs, justice, and dignity.

Of the Arab Spring states, the political elite in Tunisia alone has tried, albeit imperfectly, to devise a system responsive to and reflecting consent of the governed. But its record in terms of delivering basics has been spotty at best. And the willingness of a passive West to contemplate the failure of Tunisia’s quest for systemic legitimacy is, along with operational indifference toward civilian slaughter in Syria, evidence of Western hollowness, listlessness, and even lifelessness. Is it any wonder that Vladimir Putin probes for muscle and finds nothing?

Indeed, as this superannuated Cold War holdover prepares to leave Washington, he does so with concerns that far transcend the Middle East.

Is the United States moving toward its own political legitimacy crisis? Some political polls during the previous administration suggested that upwards of 20 percent of the electorate believed, with considerable encouragement, that President Barack Obama was Constitutionally unqualified to serve and therefore illegitimate. Is our own political elite, in its corrosive, money-driven, polarizing partisanship undermining the basis for American political legitimacy and self-rule?

With most able bodied young Americans content and even eager to leave the defense of their country to a tiny minority of fellow citizens, is there a fundamental question about the willingness and ability of the United States to defend itself?

No doubt the death of the selective service system forty-five years ago was caused by its chronic abuse during the Vietnam war. No doubt armed services filled with volunteers are efficient and capable (if chronically over-deployed). But as our citizenry divorces itself from public service, do we like what we see in terms of leaders in industry and politics who have never learned, through military or any other service, the relationship between mission accomplishment and taking care of the team? Do we think there is no relationship between obscene pay disparities, abusive behavior, incompetence, and self-centered non-service?

The Rafik Hariri Center for the Middle East will, I am certain, continue to reflect honor on the memory and legacy of the political giant for which it is named. It will continue, in its work on conflict resolution and human development, to offer government officials practical policy pathways for encouraging the growth of political legitimacy in the Arab World. Where legitimacy exists—where the consent of the governed prevails—there is no room for ‘Caliph’ Baghdadi, ‘President’ Assad, or anyone else putting personal plunder ahead of public service.

Less than a century after its fall, the question of “What follows the Ottoman Empire” is still an open one for vast parts of the Arab World. Sultans—good, bad, and ugly—embodied political legitimacy for centuries. Today, consent of the governed is the coin of realm for sustained systemic legitimacy.

Achieving that standard will enable the states of the Arab World to hold onto their best and brightest. And it will contribute significantly to the national security of the United States and its allies by closing a vast geographic expanse to extremists and transnational terrorists. The mission of the Center I am leaving lacks nothing in terms of relevance and importance. With new leadership it will continue to excel. It will, in the words of Mr. Spock, “Live long and prosper.”