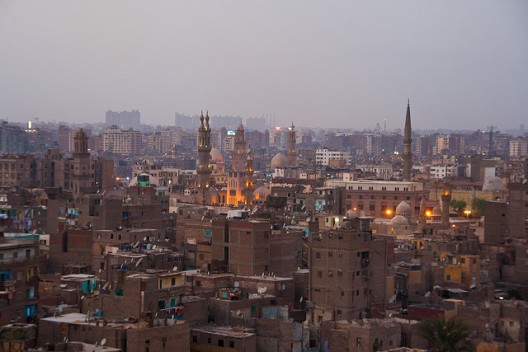 The Egyptian Ministry of Endowments recently announced that it will stop granting licenses to imams who are not affiliated with al-Azhar. In an unprecedented move, the measure will be applied retroactively, with over 55,000 imams losing their licenses in the process, while all other imam licenses will be revoked if they are not renewed within the coming two months. The ministry has also ordered all Zawaya, mosques smaller than 80 square meters, closed.  In an attempt to clarify this measure, Minister of Religious Endowments, Mohamed Mokhtar Goma’a later said, “The Ministry is not closing any mosque… but Friday prayers will not be run except at major mosques. Prayers will be banned from minor worship spaces less than 80 square meters unless there is permission from the ministry’s daawa affairs secretary.” Zawaya are small spaces in any building that can be turned into a mosque, and the property owner receives a tax exemption. Goma’a, justified his decision, saying it is meant only to “legalize the preaching process during Fridays’ mass prayers.” While in the nineties, there were strict rules in place on who could preach, the extent of this ban is a first for Egypt.

A few days after the announcement, the minster further explained his decision, with Goma’a saying, “We intend to restructure the manner in which non-Azhar graduates were granted licenses to preach in the past.” He also introduced a plan to form committees that ensure that mosques are not used for political purposes. The ban will not take effect until October 1, but it is unclear how many mosques will be affected by it. Approximately 106,000 state-owned mosques are registered with the ministry, but there are at least 13,000 unregistered Zawaya, although some estimates place the number much higher.

This move has been seen by some as a step by the Egyptian government to bring religious teaching in Egypt back into the folds of al-Azhar, which, the Ministry of Religious Endowments describes as “a cornerstone of Egyptian society” and the “only source of protection for correct Islamic thought in Egypt.” A struggle for al-Azhar under former president Mohamed Morsi’s rule was believed to be imminent, in what his opponents termed the ‘Brotherhoodization’ of the country’s institutions.

In that context, while the move to place all mosques under al-Azhar’s supervision may seem like a step that contradicts the separation of church (or, in this case, mosque) and state, it comes as no surprise that Egyptians supporting Morsi’s ouster have welcomed this change.

Al-Azhar is an institution that is respected by all—including civil and secular politicians, the Muslim Brotherhood, and the ultra-conservative Salafi movements. In fact, the Nour Party, the only Islamist party actively participating in the July 3 roadmap put in place after Morsi’s ouster, has deferred the final say on the role of Islamic sharia in the constitution to al-Azhar. One of the Nour Party’s main demands regarding the constitutional amendments has been to maintain the 2012 Constitution’s ‘identity articles’—Articles 2 and 219—which define Islamic sharia. Placing this power in al-Azhar’s hands was welcomed by Nour’s secular and liberal counterparts, and is an indication of al-Azhar’s standing amongst all. On the flip side, the Nour Party has condemned the ministry’s move to ban non-Azhar imams and zawaya. Nour Party spokesman Sherif Taha criticized the decision, citing the overcrowding of mosques as one reason. He also lamented the fact that the move would only allow for imams sympathetic with the government to preach.

During Morsi’s short-lived rule, however, there was little separation of religion and state. Amendments to the electoral law, approved by an Islamist-dominated Shura Council, allowed for the previously-banned use of religious slogans in parliamentary elections and the use of mosques during the 2012 parliamentary and presidential elections was cause for concern. With Egypt facing another round of elections, there is a genuine concern over the use of mosques within the electoral process.

Under Morsi, preaching also took a more hard-line turn, and nowhere was this more evident to the public than during a rally held in support of the Syrian rebellion against Bashar al-Assad. At the event, in the smiling presence of Morsi, conservative preachers referred to Shi’a Muslims as ‘infidels.’ This was, perhaps not surprisingly, followed by the public lynching of four Shi’a Egyptians a few days later, which witnesses say was instigated by a preacher at a local mosque in the area where they lived. Before that, many Islamist preachers had appeared on various religious and non-religious shows on television. Al-Hafez, one of the channels shut down in the wake of Morsi’s ouster, was notorious for its incitement against secular politicians and religious minorities. Most notable on al-Hafez was Salafi Sheikh, Mahmoud Shaaban, calling for the killing of National Salvation Front (NSF) leaders.

The Ministry of Endowments itself was also the scene of a political struggle. In January, ministry imams staged a protest against the ‘brotherhoodization’ of the ministry, with accusations levied at the Brotherhood that they were replacing imams with those belonging to the organization. Ministry spokesman, Salama Abdel Qawy, denied the accusations, saying that a new regulation had been introduced in which only terminated contracts would not be renewed.

In contrast, many Egyptians see al-Azhar as the voice of moderate Islam, and the appearance of the Grand Imam Ahmed al-Tayyeb, alongside General Abdel Fattah al-Sisi, Pope Tawadros II, and various political leaders during the July 3 announcement of the removal of Morsi from power, assured many that it was, as Endowments Minister Mohamed Mokhtar Gomaa put it, the protector of moderate Islam in Egypt. It is, admittedly, an ironic contradiction that allows for the welcoming of al-Azhar’s presence, condoning Morsi’s ouster, but at the same time, calls for the rejection of the use of religion as a political tool. Many, however, view the decision by the ministry as a depoliticized one because, in effect, they believe it will keep Egypt’s mosques politics-free.

The ministry’s decision is, of course, anything but depoliticized. As Morsi’s supporters continue to take to the streets in protest of his removal, Friday prayers have become the key starting point of many pro-Morsi marches. Mosques have also become sources of refuge for pro-Morsi protesters, with al-Fath mosque in Ramses became the scene of a tense stand-off between security forces and supporters of the ousted president. Allowing only Azhar-approved preachers to lead prayers in major mosques could likely put a significant dent in what are now dwindling numbers in the pro-Morsi protests.

The move could could also be viewed as another short-sighted example of how the Egyptian government is currently dealing with the nation’s Islamists. With the sudden termination of 55,000 imams’ contracts, there are not enough Azhar graduates to fill the void.  In an attempt to control the narrative coming out of Egypt’s mosques, the ministry will only push unlicensed preachers underground, where the risk of radicalization is greater. As is the case with much of what the interim government is doing, it is taking sweeping and over-reaching measures, that will do little to address the root of the problem.

Amir Beshay completed his bacherlor’s degree in Computer Engineering at the Germany University in Cairo. He is currently enrolled in New York University’s Center for Urban Studies and Progress where he is completing his master’s in  Applied Urban Science and Informatics.