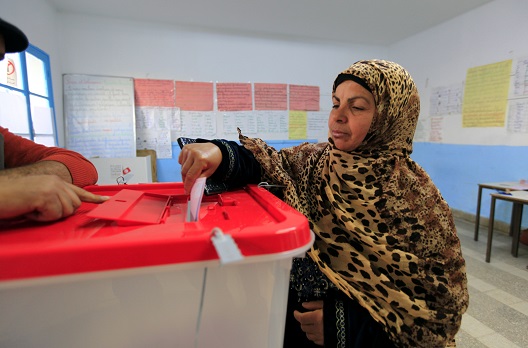 Tunisians will go to the polls to vote in the country’s first municipal elections on May 6. The vote is an important milestone in the country’s democratic transition and decentralization process; which aims to bridge the gap between the central government in Tunis and the Tunisian people.

Since Tunisia’s constitution was passed in 2014, municipal elections have been postponed four times; prompting concerns about the progress of decentralization. The vote on Sunday, therefore, is a critical moment for the Tunisian people. Although uncertainties remain regarding performance of the municipalities and their effectiveness, these elections are a promising step forward.

The process of moving towards municipal elections has been a slow one over the last four years in Tunisia. The 2014 constitution called for a decentralized government that would give more power to municipal authorities. It envisioned the central government devolving certain responsibilities and resources to the municipal level. The constitution also stated that municipal authorities would “adopt the mechanisms of participatory democracy and the principles of open governance” in order to ensure broad participation among Tunisians. A law on local elections itself was not adopted until 2017, raising questions regarding the political will of Tunisia’s political elites to move forward with the process. Despite the delay, the law was widely praised for its assurances for the participation of women, youth, and disabled individuals in the electoral lists.

Since the passage of the 2017 law, the biggest hurdle was the adoption of the Code on Local Authorities, which was stalled in parliament. The constitution, while laying out a broad vision for decentralization, did not provide a specific legal framework for decentralization or mechanisms for coordination between the central government and municipalities. The 1975 law previously governing Tunisia’s existing municipalities also gave them no administrative or financial independence. Therefore, the new law on local authorities was essential to define the role of the local government bodies in Tunisia’s political system.

This week, only days before the vote and after months of debate, the parliament finally adopted the Code on Local Authorities, which sets out the responsibilities for Tunisia’s municipalities. The municipalities will be responsible for the creation and management of municipal public services, including public transport, schools, and hospitals. In the long term, the aim is that the municipalities will be financially independent. Following the adoption of the law, Tunisian Prime Minister Youssef Chahed called it “another step in [Tunisia’s] democratic process.”

The playing field ahead of the polls certainly reflects Tunisia’s democratic trajectory. Over 50,000 candidates have registered to compete for about 7,200 seats in the country’s 350 electoral districts. Importantly, 52 percent of candidates are between the ages of 18 and 35, and women make up over 47 percent of the candidate field. Close to 50 percent of the party lists are independent lists, reflecting a dissatisfaction, particularly among youth, with Tunisia’s political elites and existing political parties.

Despite these recent positive developments, several challenges remain, both ahead of the vote and for the municipal councils going forward.

The major uncertainty heading into the polls on Sunday is the issue of turnout. Election officials are reportedly hoping to see a turnout of 60 percent, but polling indicates the number may be closer to 30 percent. Turnout for military and security personnel, who voted early on April 29, marking the first time they could vote since Tunisia’s independence, was only 12 percent. A poll by the International Republican Institute (IRI) in November found 33 percent of respondents were very unlikely to vote, although that number was down from 41 percent in August. A “lack of hope” was cited as the largest obstacle to youth participation in the polls.

Strong turnout is crucial for Tunisia’s ruling coalition as it seeks to move forward with the decentralization process and cultivate a sense of trust and confidence in the Tunisian electorate ahead of parliamentary and presidential elections in 2019. Yet Nidaa Tounes and Ennahda, the two parties occupying the most seats in parliament, face low popular support. The results of the election will be an especially important indicator of public opinion for Chahed and his secular party, Nidaa Tounes; widespread protests broke out in January this year over frustration with economic conditions in the country and persistently high levels of unemployment.

It also remains important that the central government continue to engage with Tunisian citizens about the pragmatic impact the elections will have. In the IRI poll, 40 percent of respondents said they believed voting in the local elections would give them a say in how government is run, and 68 percent said ordinary individuals who make the effort can influence government. Yet only 10 percent of respondents said they were very knowledgeable about the decentralization process; 69 percent said they were not knowledgeable about the process at all. As Tunisia begins the decentralization process, the government has a responsibility to educate its citizens on the impact these changes will have on governance.

Finally, the way which the elected municipal bodies take up their new responsibilities and engage with and work to meet the needs of Tunisian citizens will be critical. The new Code of Local Authorities alone is insufficient to ensure that the decentralization process moves forward in a transparent and fair manner. After years of marginalization, Tunisians living in the country’s peripheral regions will be looking to see if the elections lead to tangible changes and better representation. Meanwhile, corruption, a longtime feature of Tunisian politics, is also a threat to the decentralization process. Chahed launched an anti-corruption campaign last year that has targeted high-level Tunisian government officials and business people. Central authorities will need to consider how to extend the anti-corruption campaign to the local level to ensure that new municipal authorities are accountable to their constituents.

These elections mark a significant moment for political participation and representation in Tunisia’s post-revolutionary history. Following the vote, the new municipal authorities will face the major responsibility of being the first local officials to take part in making the decentralization plan a reality. Tunisia’s central government should continue to support this process and ensure that the municipalities are able to fulfill their mandate under the Code on Local Authorities. Such support is necessary to realize the promises of the revolution and Tunisia’s constitution.

Elissa Miller is a Nonresident Fellow at the Atlantic Council’s Rafik Hariri Center.