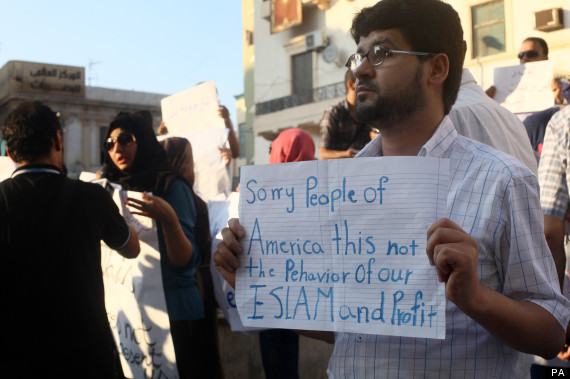 The protests that began in Egypt and spread to the far flung corners of the Muslim world reflect a very real disconnect in the basic philosophies and strategic interests that guide the actions of populations within these countries. Few recent analyses, if any, scratched deeper below the socio-political surface to expose the source of the cultural divide that directed so much of that anger at US and other Western embassies around the world. While each of the above mentioned examples point to valid explanations offered by their respective experts, at best they only allude to the underlying difference between the East and the West, the global North and the South: the supremacy of rights. The democratic development in the Arab world, however, significantly impacts the struggle between individual and community rights.

In the post-World War II era, the emergence of the Universal Declaration of Human Rights marked a new beginning in formalizing government obligations to its people. Out of this declaration, the 1966 International Covenant on Civil and Political Rights (ICCPR) and the 1976 International Covenant on Economic Social and Cultural Rights were born (ESCR). Despite each representing two sides of the same coin, the debates surrounding these international instruments mirrored the East-West struggle at the time – that of the Cold War. The United States and its western allies pushed the idea of civil and political rights with the true belief in individual freedom and opportunity, and limited government interference. On the other, the more communist and socialist countries believed in the supremacy of collective or community rights. While most western countries have since accepted ESCR as an integral part of the human rights regime, the United States has only signed the convention with no foreseeable plans to ratify it.

As the geopolitical shift over the last few decades formed new ideological poles between the global North and South, the developed and underdeveloped countries, it carried with it the tension between individual and community rights. Nations then and now hotly debate issues such as public health, the environment, development, and religion in bilateral and international forums, all of which play out assorted aspects of this underlying tension. Consider the Egyptian chant during the 2011 uprising that ousted Hosni Mubarak: “Bread, freedom, social justice!” These demands reflect community-based economic demands and articulate a freedom from want as essential to basic human dignity.

Fast-forward to the trailer insulting the Prophet Muhammad and the subsequent embassy protests. The now-not-so-obscure film directed and produced by a radical Coptic Egyptian residing in the US sparked populist anger, killed American diplomats in Libya, and threatens a delicate relationship between the US and post-revolution Arab countries (and beyond) struggling to develop their nascent democracies. At the source, Egypt’s Salafis likely saw a political opportunity to capitalize on the Muslim Brotherhood’s vulnerability as the group in power. This attitude, however, should not distract from the very real belief that their actions stood in staunch defense of Islamic values and the community of Muslims across the globe. Media outlets circulated a photo of one Egyptian protester who carried a sign challenging the idea of free speech without limits, perfectly capturing this ideological conflict.

While encompassing frustrations at western foreign policy nurtured over the years, the anger primarily directed against the United States is rooted in the perception that its tolerance of free speech supersedes its respect for a community that sees itself as under siege since the September 11th attacks in 2001. The Muslim and Arab communities operate in a different reality, in a culture where individualism neither provides sufficient means to survive nor does it readily translate to the protection of a community by extension. With every instance of blasphemy or perceived infringement on religious sensibilities, the same conversation with the same lessons to be learned sadly never seems to resolve the tension. The liberal perspective that holds individualism and free expression sacrosanct consistently clashes with the conservative view that community and religious rights still matter. In the end, opponents talk past one another and the issue fades away – that is, until the next incident reignites the discussion.

As one analyst astutely observed, however, the democratic transformation in the Arab world alters that equation. Although many political and religious leaders cling to their condemnation of the insulting film, many also repudiated the violence against the United States and western actors. With democratic development flinging open the doors of political participation, the plurality of voices vying for political space induces a cognitive dissonance essential in redefining accepted values. Salafi protesters in Cairo berated others for attacking the US embassy’s flag, albeit to no avail. Many Egyptians at the embassy criticized the young football fans for clashing with the security forces, and the Muslim Brotherhood pulled out of last Friday’s protest at the last minute. President Morsi also belatedly realized the threat to US support if he remained silent on the embassy attacks.

Although the final (read: stable) product in the Arab world has yet to come to term, the United States should not abandon its support for exactly that reason. Democracy as a process of self-discovery may not yield the identical fruit found in western countries, but as the post-revolutionary Arab world comes to its own understanding of individual and community rights, the United States will no doubt find in it a more honest partner that shares more values that it may think – if given the chance. This debate will no doubt resurface in the years to come, Islamic nations will likely renew their push for international legislation against religious defamation, but as these nascent democracies develop, the violence will subside and a more meaningful dialogue can take place.

Tarek Radwan is associate director for research at the Rafik Hariri Center for the Middle East and resident contributor for EgyptSource.