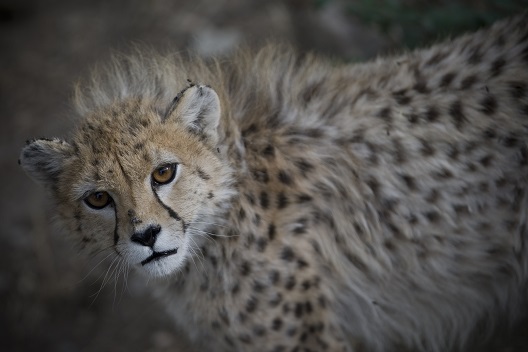 In January 2018, eight members of the non-profit wildlife conservation Non-Governmental Organization, the Persian Wildlife Heritage Foundation (PWHF), were arrested and held in the notorious Evin prison in Tehran. Managing Director Kavous Seyed-Emami soon died while being questioned. The others, plus an associate, were accused of spying on military installations on behalf of the US and Israel, and have since been held and subjected to different forms of torture and abuse. The author of this article was also falsely identified as a Central Intelligence Agency case officer involved.

How environmentalists hope to continue their work amid harassment and detainment from the state is unclear. However, environmental conservation remains vital if only the Iranian Government can see past its paranoia to partner with experts in the field; even if they are American.

The origins of conservation in Iran began around 1953 with Manuchehr Riahi, an influential Iranian sportsman, who traveled to Kenya for a safari. He was impressed and inspired by the wildlife conservation programs including the parks and well-regulated hunting programs. Licensed professional hunters guided clients in dedicated hunting areas and enforced game laws and regulations.

Back in Iran and with the approval of the late Shah Mohammad Reza Pahlavi, Riahi drafted Iran’s first gaming law. It created the Game Council of Iran, charged with creating national parks, game sanctuaries, and other protected areas for game animals including birds and fish. Initially, the proposal was poorly received by the Majles or Parliament. One major criticism of the law by parliament members was that God created these creatures for the benefit of the people of Iran, and the new law would limit rural populations’ access to food sources.

In his memoirs, Riahi wrote, “I explained to our so-called ‘people’s representatives’ that we were seeking to institute laws and regulations for the proper use of our God-given resources and protection of our environment with its waters, soil, forest, pasture, and the game; the environment and the wildlife were interrelated with each other like links in a chain and constituted our priceless inheritance from our fathers that we must secure for the future of ourselves and generations to come.”

He also informed the Majles about the dangers of soil erosion, desertification, and forest decimation issues resulting from non-existent government management and regulation. Once confirmed that the new law would not apply to the Caspian Sea or the Persian Gulf, the bill was passed on January 31, 1957.

The new annual hunting and fishing license cost about $4.00 for Iranians and $8.00 for foreign residents. According to Riahi’s memoirs, the United States Embassy protested the amount of the cost and charged that it was, “…unjust and a violation of the friendly relation between the two countries.” Ironically, Americans stationed in Iran were a major reason for the need of the new law. With modern rifles, Jeeps, and spotlights, starting during World War II, they had decimated Iran’s game animals.

In the early years, the Game Council heavily relied on pro bono support from concerned and patriotic individuals throughout the country. A few people who served in different capacities include: Colonel Mehdi Golsorkhi, Khosrow Sariri, Massih Kia, Sari Eslani, Mohsen Farivar, Dr. Hekmat Nejad, Khanlar Khan Shadloo, General Hossein Jahanbani. The most outstanding was Eskandar Firouz. Riahi states, “He, with his vast knowledge and intelligence, was an enormous help to me and became my successor when the department became part of the government under the prime minister’s office.” During Riahi’s tenure, the following areas became parks and/or protected areas:

These areas were established by fiat. The Government forcibly removed local inhabitants and shepherds in most cases from protected areas, without compensation—a source of lasting friction. Only privileged people were allowed to hunt there, without any benefit to local populations. Thus, after the 1979 Iranian Revolution, there were reports of locals retaliating against the government who decimated game populations with military weapons.

Under the direction of Eskandar Firouz, Iran’s environmental, ecological conservation, and management programs evolved substantially and quickly. In 1963, an outfitting company, Iran Safaris, was licensed to guide foreign hunters in protected areas, under strict regulations. In the late 1960s, the Game and Fish Department reached an agreement with Colorado State University which provided for scientific information exchanges and led to more than ten years of productive wildlife and environmental conservation/management cooperation and progress. Due to strict enforcement, game animals in the parks and protected areas multiplied rapidly. Yearly culling quotas (by hunters) were established by trained biologists, to keep undulant populations and grazing lands in balance.

Partly because the title “Game Council of Iran” sounded like a society of hunters, it morphed into the Game and Fish Department of Iran by 1967. Then a few years later in 1971, the Game and Fish Department merged into the Department of the Environment so as to better address environmental challenges, as well as wildlife conservation and management. In that year, the Ramsar Convention on Wetlands of International Importance was also signed. It provided a “framework for national action and international cooperation for the conservation and wise use of wetlands and their resources.”

By 1977, Iran’s Department of the Environment had become internationally known. Eskandar Firouz was elected President of the International Union for Conservation of Nature and Natural Resources (IUCN), a position that he never filled. On Aug 7, 1977, the Shah forced the resignation of the Iran’s then government, which included Eskandar. Then came the Revolution.

Looking back at the period ending in 1979, and to this day, it is evident that Iranian wildlife conservation practitioners often lacked management skills. The concept of strong cooperation between government, academia, and the private sector still doesn’t exist. Accordingly, progress in natural resource management has normally benefitted from cooperation with foreign experts, often American. After 1979, scientific information exchanges between the US and Iran became problematic as certain elements in Iran’s Regime were not interested in environmentalism and feared that the US was using these exchange programs to spy on Iran.

David Laylin was a partner in the only government-licensed outfitting companies of Iran Safaris and Iran Shekar, between 1965 and 1979. His sister, Louise, married Narcy Firouz, brother of Eskandar, in 1957. Manuchehr Riahi was a close friend and one-time partner. Since 2007, he has participated in scientific information exchange programs between Iran and the United States.

Image: Photo: Kooshki, an Asiatic cheetah captured by a poacher as a cub and rescued by the Department of Environment, in his enclosure at the Pardisan Zoo in Tehran June 18, 2008. REUTERS/Caren Firouz (IRAN)