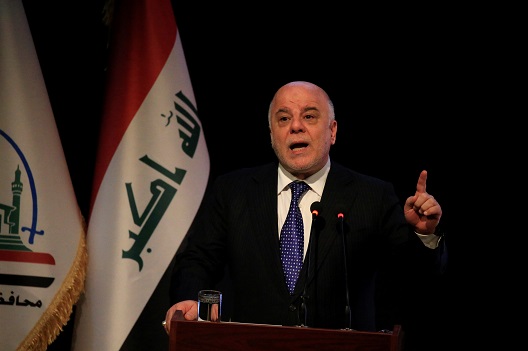 Following the 2005 election of Iraq’s National Assembly, the winning Shia Islamist coalition selected Ibrahim al-Jaafari, then a senior leader in the Dawa party, for the position of Prime Minister in the transitional government. Dawa is the oldest Shia Islamist party, but not the largest. Competing groups within the Shia alliance selected a member in the party for the position to sustain minimal unity, which was threatened by the fierce competition between the Islamic Supreme Council of Iraq (ISCI) and the Sadrist movement.

Since then, the three figures who assumed the prime minister position—Jaafari, Nouri al-Maliki and Haider al-Abadi—emerged from the Dawa party. While the party itself is not considerably more popular than it was in 2005, it has maintained the most powerful office in the government for twelve years. Thanks to its political maneuvering, the party remains relevant while traditional rivals such as the ISCI faded away. In a political culture that remains attached to the idea of a ruling “strong man” and a political economy that allows the chief executive to form effective patronage networks, Dawa’s prime ministers did well enough to prevent rival factions from taking the office. In doing so, they occasionally had to distance themselves from their relatively small and elitist party, hoping to appeal to a broader constituency. In 2009, Maliki formed the State of Law Coalition which became his political brand, emerging as the largest Shia coalition in the last two general elections. During his two terms, Maliki maintained his position as the Secretary General of the Dawa Party and kept some Dawa companions as his advisers. However, he grew more reliant on his personal network of loyalists and family members than his co-partisans. This approach alienated senior members in the party, including Haider al-Abadi, who refrained from supporting his bid to stay in power for a third term following his electoral victory in the 2014 election. With Maliki facing opposition from Sunni, Kurdish, and other Shia factions—as well as from the Obama administration that blamed Maliki’s policies for the rise of the Islamic State (ISIS, ISIL, or Daesh)—a number of senior party members wrote to Ayatollah Ali al-Sistani asking him for advice. Sistani urged the party to select a new prime minister, paving the way for Abadi’s premiership.

Despite the deep rift this move caused, Dawa party loyalists argued that it was necessary to keep its hold over the premiership. When I asked a Dawa member how he would imagine the first day for the party without the office of the prime minister, he replied, “It would be the first day of its funeral.” By preserving the premiership, the party maintains its political relevance and access to benefits derived from the position.

Nevertheless, Dawa remains deeply divided between a wing led by Maliki, another by Abadi, and perhaps a third group of others aspiring to obtain the position if a compromise is required. Abadi and Maliki no longer conceal their criticisms of each other; in fact, they have incorporated it into their respective political strategies. Abadi has consistently criticized his predecessor in recent speeches, often reminding the audience of those who lost a third of Iraq’s territory to ISIS and left the state coffers empty. Although less vocal than in previous years, Maliki does not hide his goal to displace Abadi as a top priority. He recently adopted a more moderate line towards relations with Kurdistan, hoping to sway some Kurdish parties to his favor after the election.

Despite this rift, neither Abadi nor Maliki have abandoned the Dawa party, which seems to have learned to use such divisions to its advantage. Iraqi media reports suggest that the party will likely enter the next parliamentary and provincial elections (scheduled in May although there is increasing pressure mainly by Sunni parties to delay them) with two separate electoral lists. If this is true, that means the party chose to compete with itself rather than breaking apart. For some observers, this arrangement amounts to explicit voter manipulation, adding to serious problems with an electoral system that favors established and traditional parties and limit the opportunities of independents and small parties. From the Dawa perspective, however, it is a risk worth taking to hold the premiership for another term.

Despite their personal differences, Abadi and Maliki agree on the broad objectives that reflect the party consensus. They both share a centralist view of the Iraqi political system, preferring a stronger central state to increased regional and provincial autonomy, and decry ethno-sectarian power-sharing as the main cause for state dysfunctionality. Nonetheless, these points of agreement have not superseded personal political ambitions. The competition over who should head the electoral list led them to part ways. As such, one can expect their electoral strategies to emphasize their disagreements rather than similarities as a way to construct their distinct brands.

Iraqi politics are highly factionalized and personalized. Electoral campaigns are at best rhetorical statements with little substance and limited impact on political alliances. The Dawa party and its competing leaders are keenly aware of this pattern as they formulate their electoral strategies. It remains to be seen if the two lists will unite after the election but if past behavior is any indication, we can forsee that Dawa’s interest in keeping the office would overcome any internal division between its leaders.

Harith Hasan is a senior non-resident fellow with the Atlantic Council. Follow him on Twitter @harith_hasan. He is leading the Iraq initiative for the Atlantic Council to examine Iraq’s potential to develop drivers of any successful society: inclusive politics, economic development, and a vibrant civil society.