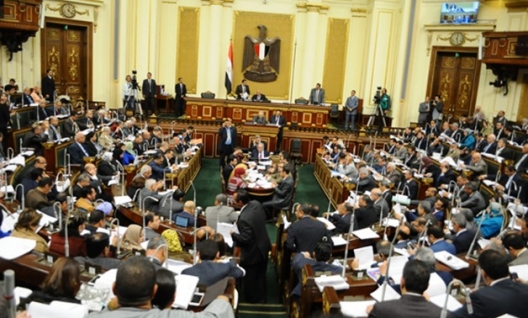 Soon after the official results of Egypt’s parliamentary elections were announced, vigorous efforts were underway to form a dominant parliamentary coalition. The coalition, In Support of Egypt, emerged in an effort driven by former army general, Sameh Seif al-Yazal—the head of the electoral list, For the Love of Egypt, which swept all 120 list seats in the parliament. Under Seif al-Yazal, who has played an increasingly significant role in Egypt’s post-July 3 politics, the coalition, like the electoral list, sought to attract a wide range of members, in particular independents. In publishing its internal regulations soon after its formation, In Support of Egypt reveals what appears to be a political party in the making.

Violations of the Elections Law

The very existence of the coalition impinges upon the law under which parliamentary members were elected. Article 6 of the Parliamentary Elections Law states that Members of Parliament must maintain the affiliation under which they were elected. Party members who lose or change their party affiliation or independent members who join a party will be removed from parliament. This article addresses a practice that was commonplace within the then-ruling National Democratic Party (NDP) under former president Hosni Mubarak. The NDP would entice independent candidates to join the party post-election to swell its ranks in parliament, and ensure full control over the elected body. In 2005, when the NDP secured only 34 percent of the vote, it was able to attract a large number of independent candidates to its parliamentary caucus, surpassing the two thirds majority needed to pass crucial decisions.

The coalition’s charter also flies in the face of Article 6 of the Parliamentary Elections Law, with the first article of the charter stating that the purpose of the coalition is to form a parliamentary majority, be it through party-affiliated members or independent candidates. Article 18 of an earlier draft even stated that coalition members would adhere to the views of the majority of its members.

Not a Traditional Coalition

Political and parliamentary practices in democratic systems mandate that a parliamentary majority come from a majority party—or parties—that ally for a specific purpose. For example, two or three parties come together to form a coalition with the aim of forming a government or in support of a specific parliamentary activity. In Egypt, however, the parliamentary coalition is composed of members from at least eight parties with contradicting views, as well as dozens of independents with individual visions and ideologies.

According to its official internal regulations, the coalition does not seek an ordinary parliamentary alliance between two or more political parties to form a majority government, nor is it to coordinate parliamentary positions while maintaining the political identification of each party and its parliamentary caucus. Rather, it seeks to form an alternative entity that fully replaces existing parties within the parliament, as well as to attract independent members. How can this group—without a clear political or legislative agenda—become a parliamentary majority, acting as one body controlling the parliament?

Article 2 of the coalition’s internal regulations states that the purpose of forming the parliamentary majority is: “to form a consensus to support national principles,” without elaborating on what those national principles are. In addition to questioning what those principles are, Article 2 also begs another key question. Is the parliament’s main job, after a four year absence, to provide “support?” Or is to exercise constitutional authority by monitoring the government and the executive branch and play its real role reforming legislation?

It appears that the main goal of the coalition’s engineers is to gather the largest number of members—not less than two thirds—under one umbrella that could be easily be directed towards “supporting national principles,” or in clearer words, supporting the current regime. This was demonstrated by the coalition’s attempt to pass all but one law when reviewing legislation issued over the past two years in its absence. According to local media reports, Yazal asked coalition members to pass all the laws. Prior to the elections, he had also said the laws should simply be passed, and the parliament could debate them at a later stage.

The coalition has also been accused by other members of parliament of being manufactured in the factories of the Egyptian security apparatus in an attempt to back the existing political regime. In a television interview in December, MP Abdel Rehim Ali claimed that the coalition was being led by security leaders, not by Seif al-Yazal. An earlier version of the coalition’s charter even went so far as to state that the coalition shall: “Facilitate paperwork and bureaucratic processing for members’ constituents with the state’s administrative system.”

While the coalition’s internal regulations have been amended, the changes have not altered the essence of the mandate. Since the first parliamentary session on January 10, the coalition has continued to attempt to dominate the elected body. This is currently playing out with the internal struggle over the parliament’s bylaws, with much of the controversy surrounding regulations for forming parliamentary coalitions. Parliamentary Speaker Ali Abdel Aal, who ran on the For the Love of Egypt list and was the bloc’s nominee for speaker, has been accused by around 100 MPs of using these debates to serve only the interests of In Support of Egypt.

A single political organization has traditionally controlled political life in Egypt. This was the case from 1952 until 2011, when membership in organizations—such as the Vanguard Organization and the Arab Socialist Union under Gamal Abdel Nasser, and the National Democratic Party under Anwar Sadat and Mubarak—was the only route to gain the state’s support. In the wake of Mubarak’s ouster Egypt experienced a political vacuum—the result of a political system that failed to create a real, institutional political foundation. By the look of it, In Support of Egypt is stepping up to the plate to fill that vacuum, and play the role of the government’s party.

Yussef Auf is a Nonresident Fellow at the Rafik Hariri Center for the Middle East, where he focuses on constitutional issues, Islamic Shari’a, elections, and judicial matters. He has been a judge in Egypt since 2007