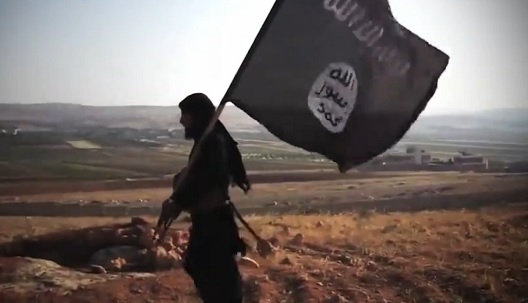 President Barack Obama’s decision to authorize aerial surveillance of Islamic State in Iraq and Syria (ISIS) positions in Syria suggests that airstrikes employing manned and unmanned aircraft may not be far behind. All of this is right and proper. Yet danger lurks. The head of Syria’s preeminent crime family—President Bashar Al Assad—waits, crocodile-like, for the American angler to tumble out of the boat. For Assad, opportunity knocks. If he handles matters correctly he can, with an assist from American inaction, return to polite society while others do the anti-ISIS heavy lifting for him.

From the beginning of Syria’s 2011 popular uprising against a corrupt, incompetent, cynical, and brutal regime, Assad has pursued with singleminded discipline a very simple strategy: Sell oneself as the fire brigade to help hose the flames of one’s own arson. Determined to create an alternate opposition that would overwhelm peaceful protest, Assad emptied his jails of violent, Islamist prisoners and employed tactics of violent sectarianism to lure back to Syria the Al Qaeda in Iraq (AQI) terrorists his regime once escorted to Iraq from Damascus. As AQI in Syria morphed into ISIS and the Nusra Front, and as foreign fighters swelled their ranks, Assad’s message—amplified by Iran and Russia—has been unchanging: “I am the bulwark against terrorism. Sooner or later the West will have to crawl back into my good graces.”

Assad, his minions, and his apologists believe the hour of deliverance is nigh. Walid Al Mouallem, foreign minister of the pseudo-government providing clerical services to the ruling clan, has warned Washington against violating Syria’s sovereignty while offering coordination and collaboration against ISIS. The Obama administration has responded appropriately to the offer: with contemptuous rejection. Still, danger lurks in the murky waters of Levantine political intrigue.

For Bashar Al Assad the ideal scenario is one in which ISIS helps him kill off his armed nationalist opposition in western Syria, American aviation assets pound ISIS positions in the east, and he sits comfortably in Damascus, feeling once again needed by the West as a useful partner against those arguably more evil than him. And a lucrative dividend awaits: The fact or perception of collaboration between Washington and Damascus driving wedges between the U.S. and every one of its regional partners, thereby serving the interests of the party Assad has so faithfully served: Iran.

This article was originally published on August 26, 2014 in The New Republic website under the title, “Bashar Al Assad Is Laying a Deadly Ambush for Obama in Syria.” Read the full article here.