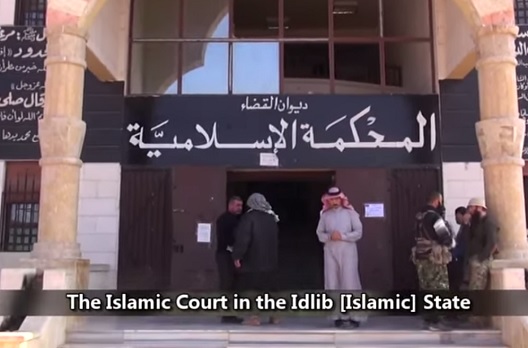 In its fourth issue of its English-language newsletter Dabig, the Islamic State (ISIS or ISIL) boasted that a “state cannot be established” unless it looked after both the “worldly and the religious needs” of Muslims. With that specific goal in mind, ISIS has entrenched itself in the daily life of residents of the region straddling Syria and Iraq, partly replacing the presence of the state, namely in the fields of justice, education and healthcare, with mixed results.

ISIS has successfully consolidated its hold on the judiciary. It has established Islamic courts in the areas under its rule and acquired some credibility among local residents. The group reorganized the courts, splitting the judiciary into two streams: one providing general judgments based on sharia; the second receiving complaints about ISIS soldiers. “Sharia courts sentences have been relatively fair so far,” says a Raqqa resident speaking on condition of anonymity. ISIS courts appear less corrupt than their Syrian or Iraqi counterparts. A report by the Syria Observatory refers to the beheading of some ISIS fighters for theft, suggesting equal treatment before the law. They have also conducted speedier trials than courts under the Assad regime—something in which ISIS officials have taken pride. In aYouTubeinterview in November 2013, an ISIS judge boasted that the courts could deliver verdicts within a month.

Despite the improvements to the system, ISIS has taken some measures that has bred resentment. To strengthen its hold over the judiciary, ISIS has forced lawyers to take courses in sharia law in the Deir Ezzor region. ISIS has also enforced a radical interpretation of the sharia law, killing men accused of blasphemy or homosexuality in northern Syria. The group has also carried out amputations and lashings for reasons as trivial as smoking or improper dressing with corporal punishments often enforced publicly.

The group has also applied a similarly systematic approach the education system. ISIS has established Islamic schools in the region of Aleppo, where twenty sharia institutes teach some 2,500 children to memorize the Koran. In al-Mayadeen, Deir Ezzor, ISIS has also imposed on philosophy teachers, to take sharia classes. The terror organization has ushered in numerous changes to the curriculum in territories under its control. Science, history, civic, physical education and geography classes have been canceled, basic mathematics courses kept, and intensive religious material added. These changes have been far reaching in Mosul where Iraqi officials estimate that 95 percent of schools are under ISIS control. Content in certain classes has been modified, with new additions including a focus on the emergence of ISIS’s caliphate, its borders, and on the Abu Bakr al-Baghdadi. In segregated classrooms, the group allows only women to teach girls. “Most children are only being sent to school until the age of twelve or thirteen,” admits the Raqqa resident, a report that was also confirmed by al-Monitor. Similar changes have been applied to the field of higher education in Mosul, where the schools of fine arts, political science, and law were deemed un-Islamic and closed down.

ISIS has also imposed military training on children in the Raqqa province, namely combat lessons and teachings on the use of weapons. Opposition groups have reported the presence of at least five youth training camps, one specifically for children under sixteen in the town of Tabqa. The Sharea youth camp near Tabqa in Raqqah trains more than 350 boys between the ages of five and sixteen for combat roles, according to a United Nations report. The Bouhtri school in al-Bab, Aleppo, has been used as an ISIS military training facility for boys under the age of eighteen, according to the same report.

One of the organization’s major policy failures lies in the health sector. “Only the very poor go for treatment to the mashfa watany [the public clinic], which is managed by ISIS,” says the Raqqa resident. The group’s management of hospitals—already in a crisis due to power outages and lack of resources—has been marred by inconsistent practices. According to one report, female staff members cannot work nightshifts at Mosul hospitals and must wear full-face veils. Fighters have also prevented male anesthesiologists from treating women in labor. In September and October, ISIS militants killed at least five doctors in Mosul and beheaded a female dentist in August who had continued to treat both male and female patients in al-Mayadin, in Deir Ezzor.

These measures have created a backlash. The dress code imposed on female personnel at Mosul hospitals triggered a strike in August. Preferential treatment afforded to ISIS fighters has also tarnished the organization’s credibility. ISIS-only hospitals commandeer the best doctors and the latest equipment. Requisitioning by militants of Mosul’s blood bank and of some of its clinics to treat its wounded fighters have also come at the expense of civilian patients.

For over a year, ISIS has operated as a semi-state, imposing its vision of governance on territories under its control. In some ways it has been successful in others it has not. Despite the successful consolidation of the judiciary in areas under its control, harsh ISIS policies may eventually backfire and provoke a local response. Its rigid rules have paralyzed a healthcare system already in tatters and dependent on government funding. ISIS has shown resilience through winning some hearts and minds and exploiting Sunni resentment against central governments whether in Syria or Iraq. Disenfranchised Sunnis may have welcomed ISIS, but it remains alien to those societies that do not necessarily espouse the organization’s radical views—especially to Mosul, which unlike Raqqa has a large population, is culturally more open and thus more difficult to govern. Despite growing resentment, ISIS will rely on its revamped education program to develop loyalty and build the next generation of caliphate citizens. By entrenching itself within these societies, influencing the younger generation, and promoting adherence to its ideology, ISIS will play the long game that will make it harder to uproot over time.

Mona Alami is a French Lebanese journalist and nonresident fellow with the Atlantic Council’s Rafik Hariri Center based in Beirut. Follow her on Twitter @monaalami.