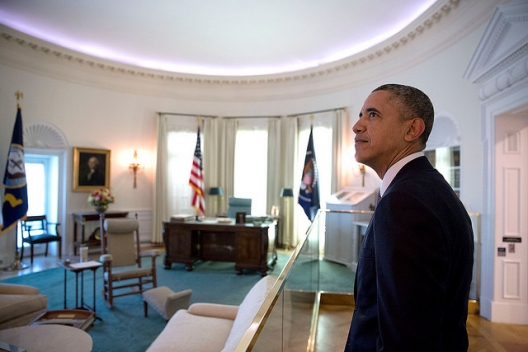 Military success in Iraq by the Islamic State in Iraq and Syria (ISIS) has concentrated the minds of political leaders in Washington and Tehran.  Neither the United States nor Iran wishes to see ISIS or any Al-Qaeda franchise prosper or even exist in Iraq.  Neither Washington nor Tehran wishes to see Iraq splinter into multiple entities.  President Barack Obama and his administration want a stable Iraq to fulfill its vast hydrocarbon potential for the benefit of all petroleum consumers.  The Supreme Leader and the Iranian government want a stable Iraq strong enough to maintain internal political cohesion but not so strong as to pose a security threat to Iran.  Given what appears to be a broad convergence of interests, is Iranian-American cooperation with respect to neutralizing ISIS and stabilizing Iraq possible?  It may be.  The question is whether or not it is necessary.  It is entirely in the interests of Iran to take certain unilateral steps that would cause no objection from the United States.  It is not at all clear that the taking of these steps would either require Washington’s agreement or a quid pro quo for Tehran.

Indeed, by invading and occupying Iraq in 2003 without a comprehensive, implementable civil-military operations plan to preserve the Iraqi state and military post-Saddam, the United States obliterated Iran’s most potent national security threat.  Although Washington’s concern over the potential fragmentation of Iraq is genuine, in Tehran there should be a sense of alarm.  One course of action for Iran would be to double-down on Prime Minister Nouri al-Maliki, just as it has bet everything on Bashar al-Assad in Syria.  Perhaps this is its most likely course of action.  Indeed, so long as Iranian armed forces do not cross into Iraq, its full support of Maliki would probably not alienate Washington.  But it would be stupid nonetheless.

Al-Maliki can best serve Iraq – and by extension, Iran – by leaving the political scene permanently.  He personifies incompetence and political sectarianism, both of which are processed and guided by a conspiratorial brain.  Even if he were to have a total epiphany with regard to the merits of pluralism and inclusion, his continued public presence would be a permanent catalyst for instability.  He has served Iran well by (among other things) permitting the Islamic Republic to ship arms to Syria and raise Iraqi militiamen to help Assad wage war.  Yet he is now a grotesque liability for one and all.  Prime ministers in parliamentary democracies have resigned for far less than the kind of misrule inflicted by Maliki on Iraq.  It is time for the Supreme Leader to recommend to Mr. Maliki that he stand down.  As Secretary of State John Kerry indicated in his June 16 interview with Katie Couric, no one “should be issuing instructions or orders.”  Yet he cleared implied that the United States would be fine with Maliki’s departure, “If there is a clear successor, if the results of the election are respected, if people come together with the cohesiveness necessary to build a legitimate government…”

A Syrian dimension to any Iranian diplomacy aimed at stabilizing Iraq is essential.  It is precisely the mass homicide campaign of a Syrian regime relying on military, intelligence, and paramilitary forces disproportionately composed of people from a particular sect that has attracted ISIS to Syria and given it a secure base from which to plan and execute its Iraqi campaign.  Clearly Iran wants and needs the Assad regime to remain in power in western Syria, where it can continue to be Tehran’s servant with respect to supporting Hezbollah’s Lebanon-based war machine: Iran’s military pressure point against Israel.

Is it, however, in Iran’s interests for its client to be a magnet for sectarian barbarians who recognize no border between Iraq and Syria?  Does the stabilization of the regime and the political preservation of a corrupt clan truly require the dropping of barrel bombs and chlorine canisters on terrified civilians?  If reports are true that Iranian and Hezbollah personnel have been shocked by the barbarity of the Assad regime, is it beyond Tehran’s power to act in its interests by forcing its client to knock off at least the most egregious of its war crimes and crimes against humanity?

When asked by Couric about the desirability of cooperation with Iran, Kerry said (among other things) the following: “Let’s see what Iran might or might not be willing to do before we start making any pronouncements.  I think we are open to any constructive process here that could minimize the violence, hold Iraq together, [preserve] the integrity of the country, and eliminate the presence of outside terrorist forces that are ripping it apart.”  This is a quite reasonable approach.  Still, it is simply not at all clear how an American-Iranian understanding on Iraq would add impetus to Tehran doing what is manifestly in its best interests to do.

Perhaps the most constructive thing the two sides could do right now would be to focus on two issues: negotiating a comprehensive nuclear agreement prior to the July 20 deadline; and discussing how best to end Syria’s humanitarian abomination so that sensible people on both sides would have a chance to explore peaceful political transition.  Although Iraq’s unraveling is painful for Americans to watch given the sacrifices of armed forces personnel and their families, and potentially perilous given ISIS’ ultimate terror ambitions, for Iran its neighbor’s disintegration is a clear and present danger.

The people Tehran has supported – Assad and Maliki – are the principal authors of political disasters that can undermine Iran’s security decisively.  Washington should rededicate itself in operationally meaningful ways to the removal and replacement of the Assad regime.  If Iran wishes to open the alternative of a political track by obliging its Syrian client to cease its program of mass homicide, it is free to do so.  If it wishes to stabilize the area ISIS would turn into a pre-Islamic emirate it has means at its disposal that require no blessing from Washington and would provoke no condemnation.  “Let’s see what Iran might or might not be willing to do” is highly preferable to chasing Tehran and begging it to do that which is in its interests anyway.