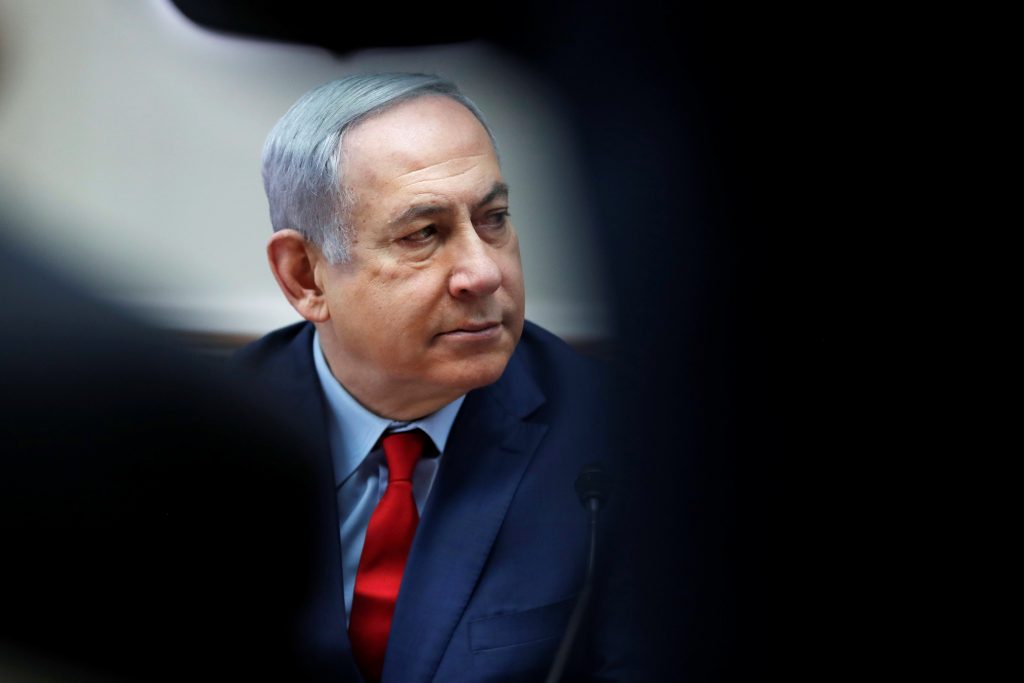 Israel has been on high alert since the US drone strike which targeted and killed Qasem Soleimani, the (previous) commander of the Islamic Revolutionary Guard Corp’s Quds Force (IRGC-QF), in Baghdad on January 3. Although the operation was ordered by US President Donald J. Trump, and conducted reportedly by a USAF MQ9 Reaper launched from Qatar and piloted from Creech AFB in Nevada, Israel’s government—a frequent foil of the Iranian regime, and also implicated directly in Friday morning’s raid by Iran’s foreign minister—has been monitoring developments closely.

As “beneficiaries” of Soleimani’s involvement in theaters such as Syria, Lebanon and the Palestinian Authority, Israelis are shedding no tears over his demise and its disruption of Iranian plans for the Jewish state. That said, Israeli leaders are taking pains to not inject their country too deeply into the current frame. Israeli Prime Minister Benjamin Netanyahu applauded Trump for “acting swiftly, forcefully [and] decisively” to exercise America’s right to self-defense, but focused attention conspicuously on Soleimani’s American victims. (It is believed that US Secretary of State Mike Pompeo briefed Netanyahu in advance of the US action.) In fact, Israel regularly eschews claiming responsibility for activities of such nature, thereby circumscribing its exposure to retaliatory measures.

With an Iranian attempt to exact retribution all but a foregone, if not overly menacing conclusion—Iran, after all, is not a US adversary on the order of Russia or China—front and center in Israel’s calculus are questions of Trump’s motivations and, even more essentially, his intentions moving forward.

Recent weeks have seen an escalation in tensions between the US and Iran. After a December 27, 2019 rocket attack on Iraq’s K-1 military base resulted in the fatality of a US contractor and the injury of numerous American and Iraqi troops, the US responded two days later with airstrikes against three installations of the Iran-backed Kataeb Hezbollah militia; the group’s leader, Abu Mahdi al-Muhandis, met his death alongside Soleimani this weekend. Tempers boiled over on December 31 when pro-Iranian demonstrators laid siege to the US Embassy in Baghdad, trapping American diplomats inside the building and evoking comparisons to the 1979 Tehran hostage crisis.

What has eluded strategic planners in Israel and elsewhere though is a plausible roadmap to deciphering Trump’s convoluted thinking. When an American surveillance drone was downed by Iran last June, the President announced that he had been “cocked & loaded to retaliate,” but then aborted the mission. An assault on Saudi Aramco oil processing facilities the following September was attributed similarly to Iran, but generated only a degree of increased financial pressure from the United States. In November, Netanyahu was quoted as having said that the US would not “take serious action against Iran for at least the next year.” Now, almost out of the blue, Trump has eliminated the man considered by senior Israeli defense figures to be the proverbial “head of the snake.”

Some officials of Trump’s administration have voiced astonishment with his decision to hit Soleimani; others have expressed confusion over the specific timing of the move. US military personnel who presented Trump with the option expected him apparently to reject the scheme. With record turnover rates, a seemingly dysfunctional White House appears often to defer to impulsiveness, bringing American soldiers home from the Middle East one day and then deploying even more of them back to the region on the next.

Could it be that this was less about any imminent threat represented by Soleimani or the restoration of US deterrence and more about politics and Trump’s desire to upstage his Democratic predecessor’s handling of the 2012 raid by Islamic militants on the American consulate in Benghazi, Libya? Or perhaps the President was simply goaded into striking Soleimani by Iran’s Supreme Leader, Ali Khamenei, who taunted Trump on Twitter as “that guy” who “can’t do anything” to Iran. Understanding the circumstances which provoked the US to lash out precisely now against Khamenei’s top lieutenant has critical implications for Israel and other US allies seeking to calibrate their cooperation with Washington.

Of still greater consequence is what Trump resolves to do, or not do, in the weeks and months ahead. Israel and other Middle Eastern states which have sought to counter Iranian nuclear aspirations have long entreated the US, with its advanced capabilities and global footprint, to lead the effort to bring Iran to heel. America, for its part, has served up a varied menu—economic, diplomatic and military—of rhetorical and operational means that both Trump and before him, Barack Obama have enlisted to thwart Iran’s acquisition of a nuclear weapon, but with only limited success. This endeavor stands now at a crossroads.

On Sunday January 5, 2020, Iran renounced all constraints it had accepted on its enrichment of uranium, dealing another blow to already spotty compliance with the terms of the Joint Comprehensive Plan of Action (JCPOA) from which Trump withdrew in May 2018. Compounding the fragility of the current moment, Iraq’s parliament voted, also on Sunday, to expel US forces from the country, which would create a dangerous vacuum that Iran will be certain to try and fill.

Facing the possibility of an acutely belligerent Iran seeking vengeance for Soleimani, Israel and other neighborhood friends of America—which could be potentially on the receiving end of any Iranian reprisals—will be watching anxiously for signs that Trump plans now to make good on his pledge to “bring [US troops] home from the ridiculous & costly Endless Wars” and leave what remains of Pax Americana to fend for itself, much as has happened to the Kurds; Trump’s swashbuckling warning that the United States has “52 Iranian sites” in its crosshairs inspires little confidence that he intends to endure for the long and perilous haul. From the perspective of America’s fellow travelers, it would be preferable obviously if the US declined to reduce its presence in the region and settled only for relocating its assets from Iraq to nearby bases, instead of withdrawing them entirely.

Finally, engaged in their third election campaign within twelve months, Israelis are certain to reflect on the significance of these events for the upcoming March 3 ballot. Netanyahu’s enthusiasm for Trump’s attack on Soleimani was shared by the Prime Minister’s main challenger at the polls, Blue-White chairman Benny Gantz, but the incumbent hopes doubtlessly that the episode might buoy his electoral prospects. Given that a precarious period in which Israel’s security might be put at risk from an emboldened Iran will play to Netanyahu’s strengths as a seasoned premier—and deflect the focus away from the less comfortable (for him) terrain of his outstanding indictments—it stands to reason that he will ensure Iran continues to feature prominently in Israel’s public discourse.

Shalom Lipner is nonresident senior fellow for the Middle East Programs at the Atlantic Council.