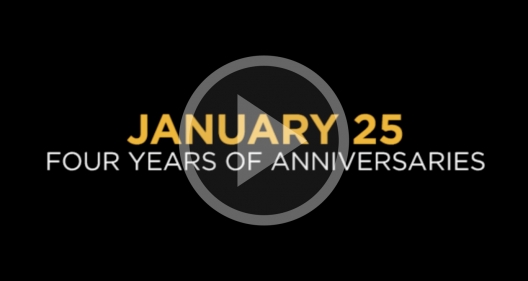 Each year, the anniversary of the January 25 uprising has simultaneously been cause for celebration by some, and has been marked by violence and death for others. As the fifth anniversary approaches, the government has been taking steps to deter protests. The Ministry of Endowments issued a fatwa saying participating in protests violates sharia, activsts have been arrested, and police raided thousands of downtown apartments in Cairo. The Muslim Brotherhood are among the few who continue to call for protests to mark the fifth anniversary.

As Egypt braces for the fifth anniversary of the January 25 uprising, EgyptSource takes a look at how Egyptians have marked the anniversary of former president Hosni Mubarak’s ouster in the past four years.