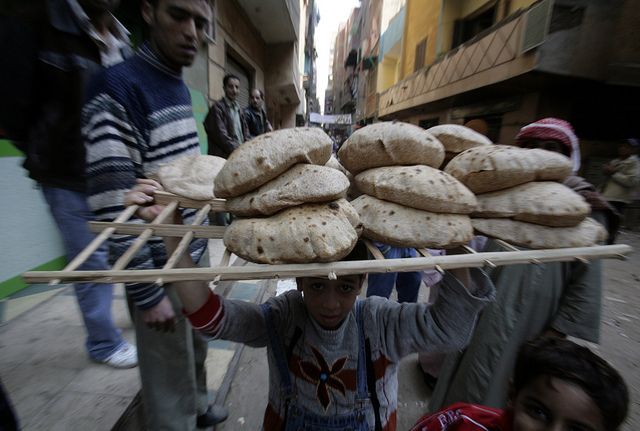 As Egypt struggles to avoid economic collapse amid political instability and widespread unrest, it presents a critical case study of the lessons learned and ignored from the Arab uprisings. Faced with shrinking foreign reserves, a widening budget deficit, and low growth, Egypt’s Muslim Brotherhood-led government appears to be wrestling with the urgency and risks of implementing difficult economic reforms. The unemployment and poverty that former president Hosni Mubarak’s economic policies failed to address were key drivers of the Egyptian uprising, and the Muslim Brotherhood has no intention of ceding power after suffering decades of repression under the former regime. To secure critical International Monetary Fund (IMF) financial support at the very least, the Brotherhood’s political wing, the Freedom and Justice Party (FJP), will likely have to reduce or lift subsidies on key commodities, reign in public spending, shrink Egypt’s bloated public sector, and raise taxes.

Whatever their economic merit, the planned austerity measures are likely to be unpopular with the majority of Egyptians, around half of whom live under the poverty line. Many will require citizens to make painful economic sacrifices in the face of long-term political and financial uncertainty. There have already been protests against planned tax increases and other austerity reforms, and Egypt has a difficult history of popular unrest provoked by such policies. In 1977, hundreds of thousands rioted in opposition to the termination of subsidies on basic foods, which the IMF mandated. The Muslim Brotherhood therefore recognizes that economic reform carries high political risks, especially amid worsening unemployment and slow growth.

It would be difficult for any political party or organization to implement these reforms, even if it enjoyed widespread political support under more favorable monetary and fiscal conditions, but the Muslim Brotherhood’s approach has compounded the problems it inherited. The Mubarak regime’s flawed and incomplete pursuit of market liberalization since the 1980s failed to create economic opportunities for most Egyptians, and is widely perceived as contributing to poverty, corruption, and economic inequality. When it came to power the Brotherhood-led government faced a deeply aggrieved populace hostile to market reforms, and it certainly does not shoulder all the blame for Egypt’s current economic crisis.

However, the Brotherhood’s conduct since taking the presidency indicates that it believes it can address the crisis without laying the political foundation for pursuing difficult and unpopular economic policies. Rather than communicate to the public the difficulty of necessary reforms, Muslim Brotherhood has preferred to downplay the hardships involved and backtrack on those reforms that risk provoking a serious popular backlash. Instead of making clear the urgency of reforms and implementing policies accordingly, the Muslim Brotherhood has repeatedly played for time in an attempt to postpone austerity measures until parliamentary elections are held later this year, so as not to suffer at the polls. Additionally, the Brotherhood-led government appears to be alienating skilled advisors and thereby losing valuable expertise. Nancy Messieh has highlighted a series of resignations of Brotherhood advisors since late 2012, many of whom denounced the government’s intolerance of dissent and attempts to dominate Egypt’s institutions. These figures include the governor of Egypt’s central bank and the deputy finance minister—both key players in critical negotiations with the IMF. These resignations not only point to the regime’s basic inability to compromise with and retain partners in governance, but also to a loss of technical expertise required to manage a deep economic crisis. Worst of all, and most importantly, by excluding key factions from the constitution-drafting process, alienating partners, arresting and harassing critics, intimidating the judiciary, and generally proving deeply intolerant of opposition, the Muslim Brotherhood has seriously undermined public trust in the very political process that will produce unpopular economic reforms.

Ironically the Muslim Brotherhood, believing it can reform Egypt’s economy without preparing its public or granting it a meaningful role in politics and the policy process, is repeating the very mistakes of Egypt’s former ruling elite and other Arab autocracies targeted by popular uprisings. Even in times of prosperity, demanding economic sacrifices from a population without securing basic consent to govern undermines political instability, and the danger is especially pronounced in a poor country like Egypt. The backlash may convince governments that economic reform is too risky and should be abandoned (or postponed for as long as foreign financial support allows). Thus, the Muslim Brotherhood  may well trap Egypt in the same dynamic that provoked the Egyptian uprising: a vicious circle of political oppression, institutional dysfunction, and poverty.

Whatever its faults, the IMF at least appears to grasp a basic truth that has apparently eluded the Muslim Brotherhood, which is that governments seen as illegitimate by their public are unlikely to transform their economies without bringing about their own demise. By insisting that the Muslim Brotherhood build broad social and political support for reforms in exchange for financial assistance, and even holding its own consultations with Egyptian opposition parties, the IMF has shown political wisdom that falls outside its mandate but well within that of the Egyptian government. The Muslim Brotherhood’s attempts to placate the IMF and Egyptian public and facilitate policymaking through cabinet reshuffles will only deepen public cynicism while sending the wrong message to the IMF and investors.

The Muslim Brotherhood cannot hope to secure broad support for all of its economic reforms, of course. Some factions will oppose reforms purely out of political opportunism, a vested interest in the old economic system, or an unsound understanding of macroeconomics. But political legitimacy does not imply or require that all affected parties agree to each and every government policy. Rather, political opponents need to concede the government’s broader right to decide policy on their behalf. The American revolutionaries’ rejection of ‘taxation without representation’ was an assertion that a state’s right to make demands of its people derived from their consent. The Muslim Brotherhood’s intolerance has called into question not only particular economic policies, but also the government’s right to make policy on Egyptians’ behalf in the first place.

Whatever its hesitance to involve itself more deeply in Middle East affairs, it is a fact that the United States commands substantial resources and influence over international financial institutions, and Egypt is in dire need of both. The Gulf Arab states are also in a position to exert financial leverage over the Muslim Brotherhood and, while they are not likely to be overly concerned with participatory politics, as status quo powers they do have an interest in a stable Egypt amid regional turbulence (as does the United States). The United States can and should do more to encourage the Muslim Brotherhood to loosen its tightening grip on Egypt’s public life and institutions by attaching clear political conditions to economic aid. This may require withholding financial support, but it may be the United States’ best chance of compelling the Muslim Brotherhood to recognize the deep links between sustainable political and economic development.

To suggest that foreign powers should not interfere in Egyptian affairs may be defensible under some circumstances, but not when the Egyptian government is deeply reliant on and, indeed, eagerly seeking foreign financial support. It is difficult to argue that the United States or any other power should bear the financial costs of the Muslim Brotherhood’s inability to govern responsibly. US readiness to do this during the Mubarak era contributed to decades of political and economic dysfunction in Egypt. Reluctance to be involved in the country’s delicate political transition is understandable, but it is precisely because Egypt is undergoing so much change that other nations have a chance to shape its political culture and, therefore, economic future in subtle but profound ways. Egypt is the demographic and political center of the Arab world, and its experiment with democracy and economic liberalization also has profound implications for regional peace and prosperity.

Unemployment, poverty, and the absence of basic political freedoms were all key drivers of the Arab uprisings. Yet none of these factors were unique to the Arab world, and none of them taken in isolation can explain these upheavals. Rather, it was the combination of economic and political deprivation and humiliation that Arab citizens could no longer abide. Had Arab states granted their populations a stake in their political systems, economic hardship would have been less likely to destroy an entire regional political order. Worryingly, while governments like Egypt’s scramble to stave off economic disaster, they are ignoring one of the central lessons of the Arab uprisings: dysfunctional politics tend to give rise to dysfunctional economies.

Faysal Itani is a fellow with the Rafik Hariri Center for the Middle East.