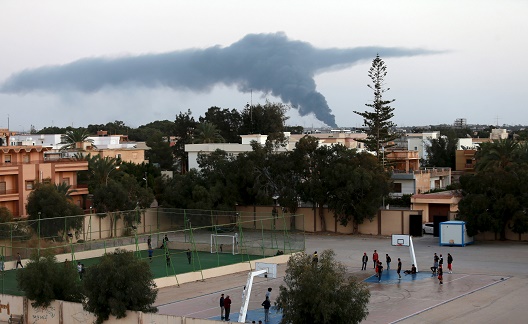 The UN Security Council (UNSC) held a session on March 2 to discuss the situation in Libya, where the UN special envoy to Libya Martin Kobler briefed the Council on the latest political, security, and humanitarian developments in Libya. The session comes as the prospects for success of the UN-led peace continue to diminish due to the failure to implement the agreement that was signed in Skhirat in December 2015. Although the majority of Libya’s stakeholders signed on to the Libyan Political Agreement (LPA) under intense international pressure, the agreement lacks the political will and commitment from the factions who signed on to it.

During his address to the UNSC, Kobler highlighted the difficulties he faces in Libya, including his inability to travel to Tripoli and the fierce opposition to the LPA and the Government of National Accord (GNA) in Tobruk. The Islamist-dominated administration that controls much of the capital Tripoli refused to sign or recognize the agreement and vowed to use force against the new GNA if it attempted to enter the capital—its official seat under the terms of peace agreement. Indeed, the Tripoli authorities have issued warrants against members of the temporary security arrangements committee, which is tasked with creating a safe space for the GNA to operate in Tripoli. On March 7, three members of this committee were detained in Tripoli. The House of Representatives (HOR) in Tobruk, however, also failed to endorse the GNA cabinet twice due to deep divisions between HOR members on the issue and anti-GNA sentiment grows by the day in eastern Libya. Supporters of the new government, the pro-LPA camp, and the United Nations seem at a loss on how to move beyond the current deadlock.

Ninety-seven HOR parliamentarians signed a declaration in Tobruk on February 24, unofficially endorsing the GNA, but disruptions by opponents of the unity government (including physical occupation of the HOR meeting hall) and the lack of a quorum due to political pressure on many members not to attend have thus far prevented holding a formal session in Tobruk. The endorsement faces increasing opposition by a group of parliamentarians who remain loyal to the Libyan National Army (LNA) and its leader General Khalifa Haftar. Two of the nine-member Presidential Council—the executive body that would lead the new government under the terms of the political agreement—Ali al-Qatrani (the LNA’s candidate in the council) and Omar al-Aswad (Zintan’s representative) have aligned with the anti-GNA parliamentarians, accusing the council of incompetence and undermining the military. They have called for a return to the original three-member composition made up of a prime minister and two deputies representing Libya’s three historical regions (Cyrenaica, Fezzan, and Tripolitania). The opponents staunchly reject the last minute decision under former UN Libya envoy Bernardino Leon to change the Presidential Council’s members from three (agreed to and initialed in Skhirat in August 2015) to nine members. This change has now resulted in a stalemate and dysfunctional Presidential Council that cannot agree among its own members on key issues, leading to infighting and fragmentation.

Kobler’s frustration with the process surfaced when, during the UNSC briefing, he urged the House of Representatives in Tobruk to vote on the cabinet. He said, “If the House of Representatives fails to vote on the GNA cabinet next week, I would have to reconvene the political dialogue committee.” The message contained a threat to the internationally recognized parliament in Tobruk that, unless the political agreement were finalized, he would start the process over again and any gains realized in the current configuration could be lost. Yet Libyan actors do not seem to be deterred by the veiled threat by the UN envoy. The HOR in Tobruk did not meet as requested by Kobler and consequently Kobler invited the dialogue committee to reconvene in Tunis on March 10 to discuss ways forward for the UN peace process. Unfortunately, this dynamic leaves Kobler with few options, none of which are easy to implement.

Given that the House of Representatives failed to vote on the cabinet in this week’s session due to the lack of a quorum, two UN-led options present themselves for the process to move ahead. First, the political dialogue committee would reconvene on March 10 by invitation from the UN envoy. The committee would then consider amending the political agreement and changing the composition of the Presidential Council from a Prime Minister, five deputies, and three ministers of state to the original Prime Minister and two deputy composition—a key change on which the opposition in the House of Representatives has conditioned its approval of the GNA cabinet. Such a change would open the door to replacing Prime Minister Faeiz Serraj and possibly his two deputies and undoubtedly anger Misratans over the loss of its only deputy in the Presidential Council, Ahmed Meitig.

The second option involves the bypassing of the House of Representatives in Tobruk by dropping the requirement for the HOR’s endorsement of the GNA cabinet. Instead, the final approval would fall to the political dialogue committee. This change would require altering the agreement’s text to introduce this new mechanism, followed by a UNSC resolution to endorse the GNA cabinet, granting it international recognition and control over the central bank, Libya’s assets abroad, the Libyan Investment Authority, and the National Oil Corporation. However, such an option risks installing a government in perpetual exile, with no control or authority in eastern Libya or over the capital Tripoli.

Two other non-UN-led options, however, may also emerge. A third less likely option would involve the success of the Libyan-Libyan dialogue initiative. Following the failure throughout the month of February to vote on the GNA cabinet in Tobruk, an official delegation of 12 parliamentarians from Tobruk attempted to revive the Libyan-Libyan dialogue initiative that was launched by the presidents of the two competing parliaments, Agilah Saleh in Tobruk and Nuri Abu Sahmain in Tripoli in a parallel process to the UN-led negotiations. Members of the delegation indicated that they would seek to form a unity government with their rivals in Tripoli if the GNA fails to get the endorsement of the House of Representatives in Tobruk. Although the prospects for the initiative’s success remain slim, it would receive a significant boost if it receives support from the key regional players: Turkey, Egypt, Algeria, and Saudi Arabia.

A fourth option relates to the current military advances by the LNA in Benghazi and the failure of the political groups to reach consensus and form a unity government. If the army’s leadership decides not stop in Benghazi, move westward to the Libyan oil terminals, and eventually seize Sirte, these developments would mean gradual takeover by the Libyan National Army in eastern Libya as it becomes more popular in the eyes of its people. Preparations for such moves are already underway. This could potentially lead to the institutionalization of Libya’s partition between two major power centers: one in the east dominated by the LNA and one in the west dominated by a number of powerful groups from the cities of Misrata, Zintan, and political Islamist groups in Tripoli.

None of the options presented above is easy or without risk, but a UN-led solution remains the best option forward for Libya. The first option contains the least risk and will ensure that the UN continues to play a key role in the political process. This option, however, would require ensuring the western Libya member of the Presidential Council comes from the city of Misrata—a key concession to ensure their continued support of the UN process. It is clear that failure of the UN-led peace process without an alternative on the ground would lead to further fragmentation and feed the prospects of partitioning Libya. Such an eventuality would galvanize the so-called Islamic State in Libya and hamper international and regional efforts to tackle the group’s growing influence in Libya.

Image: Black smoke billows in the sky above areas where clashes are taking place between pro-government forces, who are backed by the locals, and the Shura Council of Libyan Revolutionaries, an alliance of former anti-Qaddafi rebels, who have joined forces with the Islamist group Ansar al-Sharia in Benghazi, Libya February 26, 2016. (Reuters)