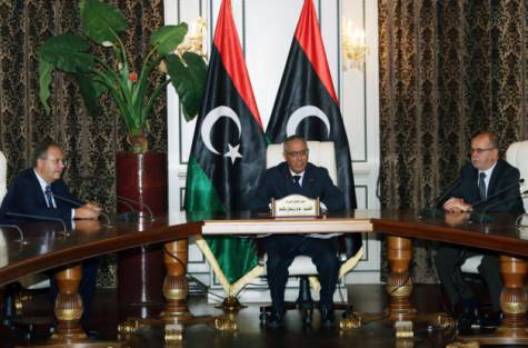 Libya’s seemingly insurmountable challenges—from deteriorating security to a hampered economy to political paralysis—stem from the reality that, within Libya, there is no national conversation about the future of the country. Instead, there are multiple ongoing conversations, as various stakeholders assert (and in some cases forcefully impose) their niche demands in the absence of a shared vision of a state. This is precisely why Libya so critically needs a national dialogue process. Launching a platform through which all cross-sections of the Libyan polity can come together to negotiate a shared vision for the future is a necessity, but it will require tremendous political will and awareness of some big-picture questions—and potential pitfalls—that could jeopardize the process or minimize its impact.

After much quiet since August 2013 when Prime Minister Ali Zidan publicly endorsed the initiative, the independent National Dialogue Preparatory Commission presented its model to the press last month. The commission is a core team comprising fifteen volunteers, including five women. Under the leadership of Chairman Fadel Lamen, they have been working closely over the last few months with two entities in an effort to launch the national dialogue process: a technical team from the United Nations and a consultative body of seventy-five members. The latter includes representatives from various political parties, as well as minorities. Its diverse composition makes it well-placed to liaise with the broader public to ensure an inclusive, transparent process. In fact, it is anticipated that in the coming weeks, the consultative body members will extensively engage their constituencies, including through surveys, to gauge public opinion about what Libyans would like to see addressed in the national dialogue.

Organizers have scheduled the dialogue to convene over six months, dividing talks into two three month periods. The first half will focus on negotiating and drafting of a national charter that would capture a common understanding of what kind of country Libyans want to build. The charter would serve as the guiding framework for the second act devoted to a strategic dialogue, which will concentrate on the necessary steps to building a shared vision for Libya. Participants would debate major issues and develop implementable solutions, particularly those pertaining to security and transitional justice. On a structural level, the national dialogue conference is expected to be a body of around 200 to 250 delegates representing the different political, social, and ethnic demographics of Libyan society. With assistance from the UN, the commission and consultative body are working to develop criteria and a mechanism to ensure a smooth and effective selection process. The public perception of the degree of representation and inclusiveness in this critical step will have a direct impact on its credibility and legitimacy among Libyans.

Needless to say, the national dialogue will not be carried out in a vacuum, and the country’s challenges amplify pressure on the initiative. The commission faces intense pressure to complete the process quickly, as preparations toward electing a constitutional drafting committee are already underway. This parallel track in Libya’s transition is not without its imperfections; the electoral law guiding the elections for the committee allocates only six seats to women and six seats total to the three minority groups—the Amazigh (who have effectively boycotted the process), Tebu, and Touareg—thereby raising serious questions about how representative and, therefore, how credible the entity will be considered by the general public. Low voter registration (about one million people—one third of voters who registered for the legislative elections in July 2012) suggests widespread voter apathy or disillusionment with the transition. As this track gets underway, with elections for the committee slated for February 20, the national dialogue process could complement and bolster the body’s efforts by providing a forum for an inclusive discourse that could encourage among the wider public a sense of involvement and investment in the country’s future.

Given Libya’s deep-rooted interconnected challenges, the national dialogue may need more than six months to thoroughly process the manifold obstacles to building a safe and stable Libya. The longer the process, however, the greater the threat from competing political and militia forces to maintaining the control and direction of the dialogue. Militia participation presents a particularly challenging dilemma. The open invitation to participate in the national dialogue will inevitably obligate all parties to commit to a peaceful process, putting a spotlight on any entities that resist checking their arms at the door. Whether the collective’s commitment to dialogue will in effect name and shame the armed groups into giving up their weapons and joining the negotiating table remains to be seen. Should that not happen, there armed actors could choose to play a spoiler role or use their weapons to place pressure on national dialogue participants, just as they did with the passage of the political isolation law last May. If the widespread public outcry against militias in the aftermath of the Ghargour massacres last November is any indication, the Libyan people will not tolerate any hijacking of a process so essential to keeping Libya’s transition on track.

Last but not least, the national dialogue will face the difficulty of producing a legally binding outcome that political actors do not simply ignore. In order to anchor the dialogue’s findings so that they are upheld and enforced, the General National Congress (GNC) ought to craft and pass the legislation that would fully legitimize the process. This endorsement may be difficult to acquire; as the GNC nears the February 7 expiration date, members will expend much of their political capital on selling to the public the extension of the legislature’s mandate. An alternative option would seek the backing of the courts. Whatever the mechanism, defining the dialogue’s legal standing is essential to the relevance of the institution.

A national dialogue in Libya would serve, in the more immediate term, to start an inclusive conversation about the identity of the new Libyan state and how to realize that common vision. Addressing the obstacles will require Libya’s leaders and citizens to commit to a peaceful resolution of their differences and to preserve the integrity of the process. Should it succeed, it could, in the longer term, generate a culture of debate and compromise for resolving outstanding differences, which would be a tremendous victory for a post-conflict state in transition.

Lara Talverdian is the assistant director of research at the Atlantic Council’s Rafik Hariri Center for the Middle East.

Katherina Pruegul is an intern at the Atlantic Council’s Rafik Hariri Center for the Middle East.