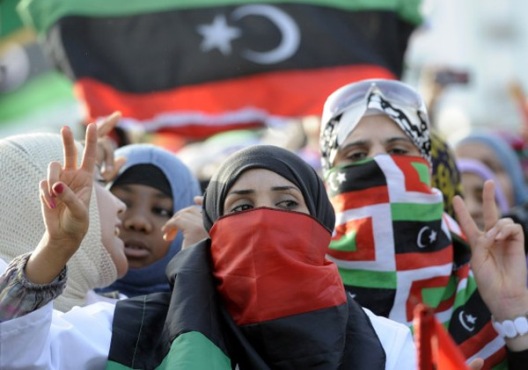 Had it not been for the recent brief kidnapping of Libya’s prime minister Mr. Ali Zidan, Libya would not likely come up in the international news arena. The country has sadly dropped out of the spotlight, particularly in the West. Invited to speak to Amnesty International in Belgium, I asked my audience about the most recent news they had heard about Libya. Only the kidnapping of the prime minister came to mind. When asked what that says about the country, the audience had the impression that Libya must be on the right track to full recovery—“a done business,” as one young lady put it. Europe and the United States appear to have adopted similar assumptions: that the lack of a spotlight shined on Libya must indicate that the country has chosen its path wisely.

The media disinterest, however, hides the truth. Libya is not on the right track to become viable state, let alone a successful member of the international community. The country has become a threat to itself, its neighbours, and even to Europe—just a few miles across the Mediterranean. Since the war ended in October 2011, Libya waged a less visible war within. As extremist organizations (including al-Qaeda) establish a base in the country—something unimaginable just a couple of years ago—the political elite, including the elected members of General National Conference (GNC), work to further their own personal privileges and those of their tribes and cities. The GNC, its chamber invaded and looted many times and many of its members threatened and beaten by rampant militiamen, has failed to pass any serious legislation, particularly with regard to the tasks for which it was elected in the first place. Libyans placed their hopes in the GNC to draft a constitution, organize a referendum, set up and support a stable government to manage the transitional period, and above all, start the long and complicated process of national reconciliation without which no transitional justice process could be feasible. Has the GNC even partially succeeded?

Far from it. With regards to the constitution, the GNC could hardly agreed on how to establish the drafting committee, with arguments raging on whether to elect or appoint its representatives. After a dysfunctional debate, members finally chose to elect representatives based on old regional divisions in the country. On its own, the decision carries in it the seeds of further fissures in an already divided Libya. As Cyrenaica’s federalist movement in eastern Libya continues to gain support at the expense of a weak central government, some political and tribal leaders in the Fezzan region have already declared their autonomy. Tripolitania remains locked in the throes of a power struggle between corrupt and incompetent politicians.

Government stability fares no better. Although Mr. Zidan remains one of the only politicians well-positioned to lead the government, he holds no power over his own ministries and enjoys little support among the political elite, effectively paralyzing his already weak government. His political opponents constantly intimidate him and push for his resignation. Two interior ministers in his cabinet also resigned, citing a lack of authority and political interference in their work.

Lastly, the precarious process of national reconciliation has hardly begun. The interim government shelved two serious attempts before they could even gain momentum. Today, the issue hardly receives any mentioned and falls short on the GNC’s priority list. A tribally and regionally divided Libya needs an effective and workable reconciliation process if it hopes for any chance at becoming a sovereign viable state. Despite its difficulty, the process would provide a safety net for any fallout from the transitional justice sought by the majority of Libyans. The normal judicial system will need decades to redress all the injustices committed during the Qaddafi-era and twice as long to settle what has happened during and after the war in 2011.

With only 6.5 million people, huge oil and gas reserves fuelled hope for Libya’s rapid recovery after the 2011 war. Large-scale infrastructure, housing, and telecom modernization projects, suspended when the war broke out, remain idle as skittish foreign investment waits for a more favourable security and political environment. Not a single project—be it roads, water, or sanitation—has resumed work since foreign companies suspended their activities. A senior executive in Aljeel Aljadeed, a Libyan  telecom company, said recently that company’s projects “were supposed to be operational by 2012. Now, we need at least three years to be where we were in February 2011.” He explained that militiamen looted and destroyed most of their equipment and buildings over the last two years, noting that the cost of recovering lost assets may reach the level of initial start-up costs as if beginning from scratch.

I used to say that competition in corruption is Libya’s pastime. Now, it has its own national league. A friend and businessman said, “During Qaddafi, corruption was limited, secret, and few people knew its extent. Today, it is so widespread and thanks to our newly acquired freedom of expression everyone knows about it… It’s like robbing a bank in broad daylight while everybody is watching.”

Two years after the collapse of the Qaddafi regime, Libya remains ravaged by lawlessness and an extreme leadership deficit in a society where only strong men can offer any hope of unity. This year, the government sponsored no festivities at all to commemorate the anniversary of Qaddafi’s removal on October 20. It is no wonder this year’s celebrations were rather mute and far from the extravagance of last year. There is little to celebrate in Libya.