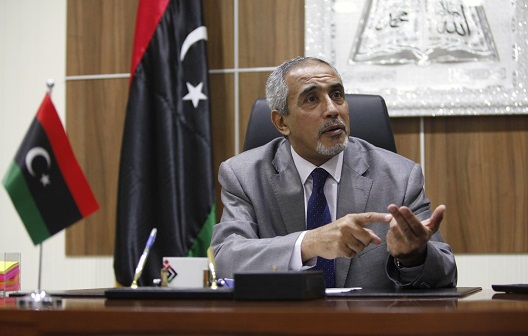 On November 6, 2014, in an unexpected decision, and against a backdrop of continuing political and military polarization, the Constitutional Chamber of Libya’s Supreme Court struck down the 7th Amendment to the Constitutional Declaration, the current supreme law of Libya. This amendment, passed by Libya’s transitional legislative body, the General National Congress (GNC), in March 2014, had provided the basis for the election of a House of Representatives in June 2014. The Supreme Court’s ruling has been interpreted by many, including the rump GNC and its “Salvation Government” in Tripoli, as signaling the dissolution of the House of Representatives. This interpretation, along with the rump House’s rejection of it, has thrown the country into a dangerous constitutional crisis, one which threatens to further intensify the seemingly intractable political and military conflict that has plagued Libya over the past three years.

In the wake of the court’s ruling, a number of Libyan lawyers and legal scholars have expressed dissenting opinions about the decision, with some arguing that it does not necessarily entail dissolution of the House. These opinions will remain purely academic, however, unless the court provides clarification as to the implications of its ruling. Should the court do so, it would enable the resumption of the Ghadames dialogue that was first launched in September 2014, at the invitation of the United Nations Support Mission in Libya (UNSMIL), and which sought to bring together opposing factions from the divided House of Representatives with a view toward ending the current political stalemate. However, short of a clear statement from the court that its decision does not imply dissolution of the House, a viable political solution to the crisis remains elusive.

Four scenarios are possible if the court’s decision is interpreted to signal dissolution of the House of Representatives. First, competing sides could accept the court’s decision and recognize the rump GNC as the sole legitimate legislative body until the next elections–either early elections or elections following the ratification of the constitution. This option is  unlikely to be chosen given that many members of the House, and some members of the GNC, would reject the GNC’s return.

A second option would be to ignore the court’s decision and continue to recognize the House of Representatives as the sole legitimate legislative body in Libya. This option is unsatisfactory insofar as it poses similar risks to the first, with the added negative ramifications of undermining the court and the independence of the judiciary in a state that can ill-afford to erode one of its few functioning institutions.

A third scenario would be to call on the Constitution Drafting Assembly (CDA), the special body elected in February 2014 to draft a new constitution for Libya, to fill the legislative void, limiting its role to appointing a unity government and preparing for new elections. However, distracting the CDA could delay completion of its principal task. In addition, this option could also face strong opposition from many parties (including the House and the GNC), with no guarantee that the constitutionality of the action will not be challenged in the courts.

Since the reinstatement of the GNC would be viewed as unacceptable to the rump House of Representatives, as well as to most of the forces in eastern Libya, the first scenario is not a viable option. However, it would be impossible for the House to continue with business as usual in the wake of the Supreme Court’s decision. This necessitates the prorogation of the House until a political settlement can be reached or until a new legislative body is elected. The prorogation of the House would, however, result in a risky period of legislative vacuum in the country. While Libyans would assume primary responsibility for navigating this difficult period, this option necessitates direct involvement and clear leadership from the United Nations, given the increasingly intractable political polarization in the country.

Dialogue mediated by a neutral third party is the only option that stands any chance of success, given that none of the other three scenarios is constitutionally robust and each would face strong opposition from the disadvantaged party. This option would entail a resumption of the dialogue process, first initiated by the United Nations, but with an expanded scope, i.e., “Ghadames 2.” The dialogue should be inclusive, transparent, and in accordance with the principles of national ownership. The effort should begin by designating members of the dialogue team and developing a clear action plan. The dialogue team should include representatives from the GNC, the House, city councils, leaders of the armed groups, political parties, religious leaders, and representatives of civil society. The United Nations should ensure that the interlocutors reach an agreement on a comprehensive and verifiable ceasefire and the formation of an interim unity government. The new interim government should only manage day-to-day affairs and should not undertake any major policy initiatives. Other issues to be negotiated include the withdrawal of armed groups from major cities, control of airports by government authorities, handover of state buildings and facilities to the government, and interim security arrangements.

The role of the United Nations in mediating a political solution is indispensable; however, its effectiveness is contingent on the strong support of the United States and the European Union, and on putting an end to disruptive outside interference. This requires holding all countries to commitments made during the September 2014 New York meeting on Libya, convened by US Secretary of State John Kerry and attended by a dozen foreign ministers, and the October 2014 Paris meeting, which brought together Special Envoys of the African Union, Arab League, European Union and a number of western governments, with the Special Representative of the UN Secretary-General, Bernardino Leon. It also requires taking deterrent measures, as stipulated by UN Security Council Resolution 2174 (2014), against individuals and entities that threaten Libya’s stability, security, or obstruct or undermine its peaceful political transition—including the renegade General Khalifa Haftar, among others.

As a country that stands at the geopolitical crossroad between Africa, Europe, and the Middle East, Libya is too important to fail. The risk of it falling into a full-blown and prolonged civil war, if abandoned at this critical moment, is real, but there is still time to put the country back on track. If the political process fails, the present window of opportunity may close permanently and the breakup of the country could become the de facto scenario.

Dr. Naeem Al-Gheriany is a Professor of Nuclear Engineering at the University of Tripoli and a member of the Libyan House of Representatives. He previously served as the Minister of Higher Education and Scientific Research in the first Transitional Government in post-Qaddafi Libya.

Image: Omar al-Hassi, prime minister of the Libyan rival government, speaks during an interview with Reuters at the headquarters of his office in Tripoli November 27, 2014. Hassi has warned that attempts by a rival government in the east to assert control over the oil industry could escalate the political conflict dividing the OPEC member state and force it to break in two. Picture taken November 27, 2014. REUTERS/Ismail Zitouny