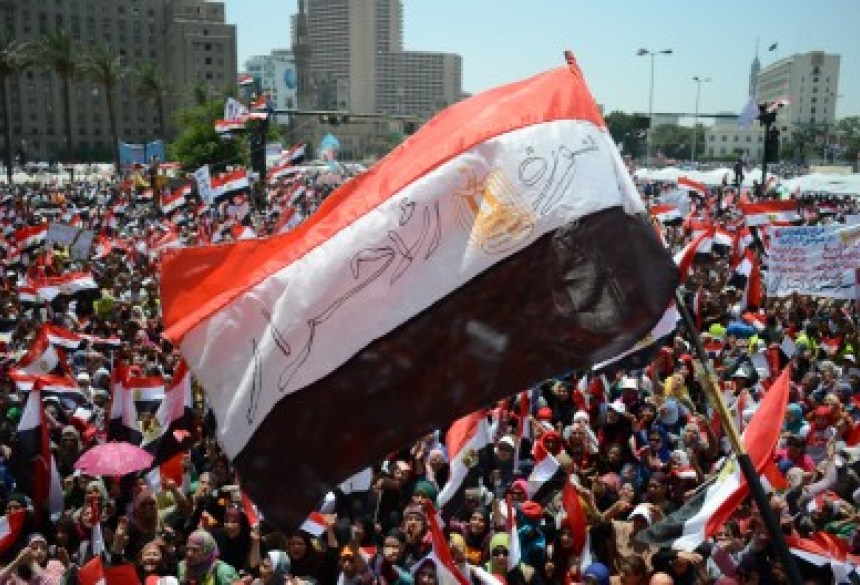 We have completed live blogging for the day but will update as events happen.


Egyptian Presidency Issues Statement
The presidency issued a statement reiterating President Morsi’s call to reconciliation and dialogue. They said that they did not review the statement by the Armed Forces prior to it being announced and it might contain things that can cause confusion. The presidency is still having meetings with national forces to ensure the path towards democracy. [Facebook (Arabic)]

#Breaking: Islamist National Coalition calls for supporters to take to the streets to protect "legitimacy" of President #Morsi #MBpresser

National Salvation Front Statement
The statement issued by the NSF supports the Armed Forces protection of the people and commitment to democracy without assuming control of the government/nation. It also said that the Armed Force’s position supports what the NSF has been calling for all along: Morsi and the Muslim Brotherhood removal in the hopes of building a modern democratic civil State. It promises continued peaceful protests in the meantime. [Facebook (Arabic)]

Armed Forces Issues Second Statement
The Armed Forces issued a second statement six hours after giving political forces a forty-eight hour ultimatum to reach consensus. In it, they reiterated the fact that the Armed Forces has no desire to take on a political role, and would not stray from its role securing the nation. [Facebook (Arabic)]

Khairat al-Shater Home Attacked
IkhwanWeb published a statement condemning the attack on Khairat al-Shater’s home. Khadiga, Khairat’s daughter rejected and condemned the statement made by the Minitry of Interior, in which the Ministry denied police ever called on her father’s house. She asserted that video cameras recorded the police attack and the sight of heavy fire madly shot towards Al-Shater’s residence. [IkhwanWeb]

Egyptian Islamist Wasat party HQ firebombed
The headquarters of the moderate Egyptian Islamist party Wasat was set on fire on Monday, in an expansion of attacks on Islamist organizations across the country. Unidentified assailants threw petrol bombs at the building. [The Daily Star]

Mursi meets Egypt army chief after ultimatum
Islamist President Mohamed Mursi met the head of Egypt’s armed forces along with the prime minister on Monday, according to a statement on the president’s official Facebook page. [Reuters]

Screenshot of Tahrir from ONTV:

Screenshot of Itihadeya from ONTV:

The Egyptian Armed Forces issued a televised statement on Monday afternoon giving Egyptian political forces 48 hours to "fulfil the people’s demands," otherwise the armed forces would present a political "roadmap" for the country that would include all political currents. The statement read:

"The Egyptian Armed Forces will not become involved in politics or administration; it is satisfied with its role as is spelt out in line with democratic norms," read the statement, stressing that Egyptian national security was in "great danger" and referring to the armed forces’ "responsibility" to step in if national security was threatened. "The Egyptian Armed Forces have set a deadline, which ended yesterday [Sunday], for all political powers to reconcile and end the current crisis, but no progress has been made. Consequently, the Egyptian people have taken to the streets," the statement read. "Wasting more time will mean more division and conflict, which is what the armed forces warned of and of which it continues to warn," the statement added.

According to the statement, the absence of national consensus is what led the people to take to the streets in full determination, "which has been praised on the internal, regional and global level." The statement went on to warn that more time would only lead to greater polarisation, urging all parties to put the public interest first. "The armed forces reiterates its call that the demands of the people be met," the statement read, giving political factions a 48-hour period "as a last chance to bear the historical burden that the nation is currently facing." [Ahram Online]

English translation to the full statement can be viewed here (MadaMasr)