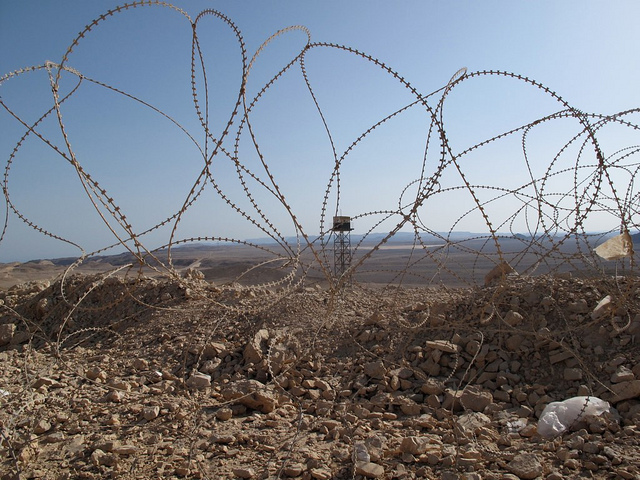 President Barack Obama arrived in Israel this morning. During the many hours he will spend with Israeli Prime Minister Benjamin Netanyahu and other political and military leaders, items at the top of the discussion agenda include the Syrian civil war, the Iranian nuclear program, and the Israeli-Palestinian conflict. However, another focus is likely to be the Israeli-Egyptian relationship. For over three decades, the Egyptian-Israeli peace treaty has been a pillar of US-Middle East policy. The President’s visit is a worthwhile moment to assess the status of that relationship.

Since the Egyptian uprising began two years ago, Israel has looked warily at the “Islamist winter” enveloping its borders. In meetings in Israel earlier this year, government officials, analysts, and journalists expressed significantly more skepticism of the Muslim Brotherhood, Egypt’s powerful Islamist organization, than is usually heard in Washington. The United States is still getting a feel for the Brotherhood, which offers vague promises to maintain Egypt’s international obligations.

Israeli officials, however, take at face value Brotherhood officials’ open hatred of Israel and their rhetorical support of violence against it, including from Egyptian president Mohamed Morsi before his election. Israelis focus on the historic connection between the Gaza’s ruling Hamas—with which Israel went to war mere months ago—and the Muslim Brotherhood, now in power in Cairo.

At the same time, most Israeli officials recognize the significant limitations placed on Morsi, especially at the international level. One noted that Morsi’s maintenance of the peace treaty is at the top of the international community’s check-list for evaluating the Egyptian government; and several others referred both to US military assistance and Egypt’s economic and investment needs.

Although the peace treaty is likely to be maintained, the temperature has been turned down on relations that were always cold. Under the 30-year presidency of Hosni Mubarak, there was no culture of peace between Israel and Egypt. Ties were maintained at the security level, in rare economic instances, and at the political level—with the presidency.

This cold peace was less than perfect. Israel did not complain, however, because in matters of necessity it had Mubarak’s support. Ironically, security cooperation has improved since Mubarak fell from power on February 11, 2011: especially in terms of intelligence-sharing on Sinai threats. However, political ties under Morsi are non-existent.

Some Israeli leaders are worried by Morsi’s withdrawal of the presidency from the Israeli-Egyptian relationship. Reports have surfaced that Israel’s intelligence agency, Mossad, is concerned about the lack of political participation. One government official I spoke with called the situation “very, very disturbing.”

Israel’s political leadership, however, seems more focused on maintaining ties between Israeli and Egyptian military and intelligence counterparts. If political ties are strained, best not to rock the boat further and cause a political backlash against the ties that do exist. This was reflected in the praise for Morsi expressed by the Israeli prime minister and foreign minister following the Israeli-Hamas ceasefire in November 2012. More recently, when anti-Semitic and anti-Israel statements Morsi made in 2010 surfaced in January, it was the United States and Europe that spoke out, while Israel remained silent.

Political ties will be a long-term issue, whereas the need for tight security cooperation reflects Israel’s most immediate concerns: the issue of arms smuggling through the Sinai Peninsula to Hamas, Islamic Jihad, and other violent groups in Gaza; and the growth of Salafi-Jihadi terrorism in Sinai.

As a recent report from Israel’s internal security service, Shin Bet, notes, in 2012 “Sinai became a base, from which terror is executed against Israel and is mostly directed and inspired by global jihad elements.” There were eleven cross-border attacks originating from Sinai last year, up from one in 2011.

Israel wants Egypt to be more concerned about weapons smuggling from Sudan and Libya. After all, many smuggled arms stay in Egypt and are used against the state: whether in attacks on police in Sinai or plots in the center of Cairo. Israeli praise for Egyptian security efforts always ended with, “But Egypt needs to do more.” Last month, Egypt did.

The lackluster “Operation Eagle,” an Egyptian counterterrorism initiative in Sinai, took a more serious turn in early February. The military began to flood tunnels under the Gaza border, with even Morsi’s office referring to the tunnels as a national security risk.

Israeli leaders will watch for effectiveness, thoroughness, and consistency in Egypt’s tunnel-destruction efforts. This is already an area of common US-Israeli concern. As US ambassador to Israel Dan Shapiro recently said, “Continued direct American and Israeli engagement with Egypt will … be necessary in the troubled Sinai region.”

Although Egypt will not be the focus of Obama’s visit this week, the President has “sought to build on a growing rapport” with Morsi. In Israel, he is sure to hear a plea to leverage that relationship on Israel’s behalf.

Zack Gold is a Washington-based Middle East analyst focusing on U.S.-Egyptian relations. In January 2013 he participated in a Foundation for Defense of Democracies-sponsored national security trip to Israel, where he discussed the country’s bilateral relationship with Egypt. Follow him on Twitter: @ZLGold