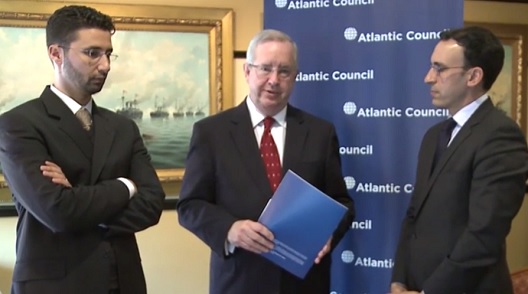 Ambassador Richard LeBaron, senior fellow with the Rafik Hariri Center for the Middle East, argues in a new issue brief, Building a Better US-Gulf Partnership, for a genuine US-Gulf dialogue to better coordinate policies towards the Arab transition countries and rejuvenate the relationship with conversations about new types of partnerships not based solely on defense and security interests.  On the sidelines of an Atlantic Council event to discuss the findings of the brief, Ambassador LeBaron interviewed the two invited panelists to comment on its findings:

Although turbulence between Saudi Arabia and the United States has emerged over diverging views in foreign policy, the strategic, economic, and business foundations of the US-Gulf relationship remain sound. The fundamental concerns and national interests remain aligned in both countries, but a common language needs to be found to avoid the misperceptions and lack of nuance that has led to the tension in the realtionship thus far. Participants in this even generally agreed that, to find this common language, political and diplomatic actors on all sides must make a concerted effort to deepen and diversify the relationship, engaging on multiple levels that satisfy these mutual interests.