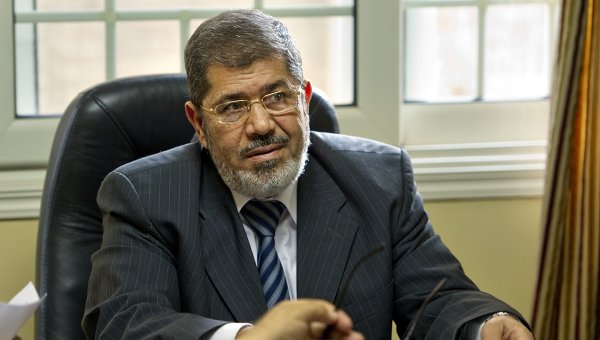 In less than two months, Egyptian president Mohamed Morsi transformed from a ‘backup’ candidate into a powerful president. During his first days in office, it was said that he had no powers and was subservient to the Muslim Brotherhood’s Guidance Office. Now he has become a president with expanded powers that give him control over both the executive and legislative branch without any oversight. Due to his sharp rise in popularity, some are airing concerns that he may yet transform into a president incapable of being rivaled, or even into a new dictator.

President Morsi was nominated as the Muslim Brotherhood’s backup candidate, in the event that its first choice Khairat El-Shater, deputy chairman of the Muslim Brotherhood, was disqualified. The organization’s suspicions were confirmed, with Shater barred from the race for legal reasons, making Morsi the primary candidate. Sure enough, Morsi went on to narrowly win his runoff against rival Ahmed Shafiq and took office.

A month ago, President Morsi expanded his powers by nullifying the supplementary constitutional declaration which the Supreme Council of the Armed Forces (SCAF) issued last June limiting the legislative powers of the president. Morsi issued a new constitutional declaration that reclaimed legislative powers, and gave him the right to form the Constituent Assembly for drafting the constitution if something were to prevent it from completing its functions. Morsi also retired Field Marshal Tantawi, SCAF head, and his deputy, General Sami Anan as well as three others from the military’s high command. In taking this measure, Morsi effectively monopolized decision making powers and is without rival.

These measures make Morsi a formidable president vested with powers matching or even surpassing those wielded previously by the SCAF. As of now, no other person or institution rivals his authority. More dangerous, however, is the fact that he is backed by the Brotherhood, a group capable of mobilizing hundreds of thousands of people in various provinces at a moment’s notice.

Morsi’s powers are bolstered by the lack of substantive political opposition, enabling him to act at any time in accordance with his own political orientation. This in turn will stymie effective coordination amongst the liberal and left-leaning forces in Egypt which aim to oppose him.

For decades, Egyptian heads of state held onto absolute power which gave them the prerogative to control the three branches of government, a system of governance which in turn contributed to the January 2011 Revolution. More worrisome now is that Morsi commands this vast spectrum of powers without the presence of a constitution. The constitutional process has been fraught with controversy, facing accusations of Islamist domination. Even in the event that it  is dissolved, Morsi now has the authority to form a new committee and thus will be able to determine its ideological makeup.

With regard to the judiciary, Morsi appointed Justice Ahmed Mekki, a supporter of judicial independence, as the Minister of Justice in Prime Minister Hisham Qandil’s government. It seems that this was done in an attempt to purge the judiciary of judges affiliated with the Mubarak regime, and while denied by many, this remains a distinct possibility.

Apart from Morsi’s increasing political influence, the past few weeks have witnessed the Muslim Brotherhood’s grasp tighten around state-owned media, which long described the Brotherhood as a ‘banned’ organization. This was done by way of new appointments in the Ministry of Information and national newspapers.

The first harbinger of the Brotherhood’s control over the media was the banning of an article written by two liberals criticizing the organization. The article was supposed to run in the Al-Akhbar daily, whose editor-in-chief was appointed by the Shura Council. The paper’s management cited technical and material reasons for the article’s disappearance. However it certainly seems that this is a case of paying back a favor to the Brotherhood. These fears have since escalated with several cases brought against journalists on charges of insulting the president.

It is possible that Morsi will not directly control the national media; however, the new appointments will create a new environment in the media and provide moral support for the president and his actions. This in turn will help manipulate public opinion in his favor. Editors-in-chief will carry this out as a kind of gesture of goodwill in deference to Morsi and will deny any accusations that national newspapers are under his influence.

In addition to solidifying his political presence, Morsi’s recent actions and political posturing have gained him a place in the hearts of the Egyptian people. After two months in office, his popularity surged dramatically, due in large part to his repeated appearances amongst ordinary citizens and weekly visits to different Egyptian cities for Friday prayers. He also impressed many Egyptians with the speech delivered in Tehran at the opening of the summit of the Non-Aligned Movement. He began his speech by paying his respects to the companions of the Prophet in violation of the Iranians’ Shi’ite beliefs, and continued by announcing his support for the Syrian people, despite Tehran’s support for the Assad regime, which Morsi described as oppressive.

Morsi now possesses the power and clout which could elevate him to a president-cum-dictator, especially given the Brotherhood’s presence in the streets. It is ultimately up to Morsi, the Brotherhood, and the ability of the other political players to check his power.