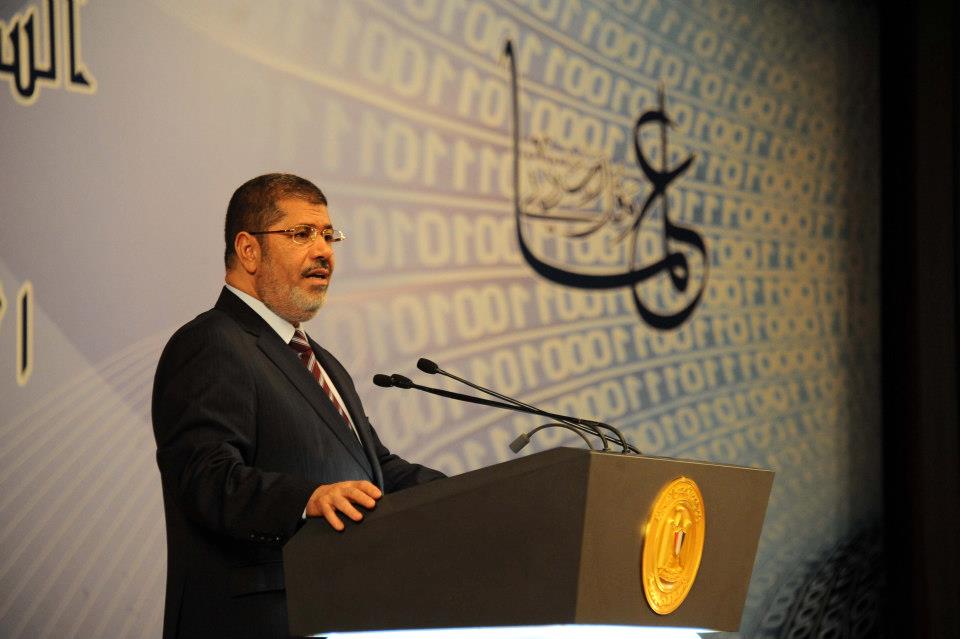 Following internal FJP elections, leading Brotherhood member Essam al-Erian resigned from his position as presidential adviser. He cited a conflict of interest as the reason for his resignation.

Morsi’s November 2012 decree, together with the violent clashes that ensued in the vicinity of the presidential palace, resulted in a wave of resignations. Nine of Morsi’s advisers, including one senior aide, resigned.

Senior aide Samir Morcos, one of the three Christians in the advisory team resigned in protest to Morsi’s “unconstitutional declaration.” His decision was driven by the fact that he was not consulted before the declaration was issued, describing it as “undemocratic and a leap backwards.”

Morsi’s decree was a driving force behind the resignation of several of his 17 advisers. Sekina Fouad and Farouk Guweida both relinquished their positions in the president’s team. Both Fouad and Guweida fell into the political liberal category. Fouad is a journalist and Deputy Chairman of the Democratic Front Party, while Guweida is a journalist and poet.
The November decree also led to the resignations of three more advisers, Amr al-Leithy, a TV show host and journalist, Ayman al-Sayyad, a journalist, and Seif Abdel Fattah an Islamist political science professor with no political affiliations.

In the wake of the December clashes, Rafiq Habib, one of Morsi’s few Christian advisers, who was also a leading member of the Brotherhood’s Freedom and Justice Party, resigned. Habib resigned not only from his position as adviser, but also from his political role within the FJP. Mohamed Esmat Seif al-Dawla, a nationalist with Nasserist leanings also resigned in the wake of violent clashes at the presidential palace.

Mohamed Selim al-Awa, the former presidential candidate and himself an Islamist, resigned from his position as advisor for transitional justice in November as well.

From the cabinet, with an impending cabinet reshuffle expected, two ministers resigned. Hany Mahmoud, Minister of Communications resigned in December 2012, saying that “cannot cope with the culture of government action, especially in light of the current conditions of the country.”

Mahmoud was quickly followed by Minister of Parliamentary Affairs, Mohamed Mahsoub’s resignation. Mahsoub, a member of the Islamist Wasat party, cited a slow pace of reform as the main reason for his resignation. In his resignation letter, he wrote, "I have reached a clear conclusion that a lot of the policies and efforts contradict with my personal beliefs and I don’t see them as representative of our people’s aspirations." The Wasat Party had also called for Qandil’s resignation, and Mahsoub’s resignation was seen as an indicator of the party’s protest against Qandil remaining in his post.

While the Shura Council has not witnessed a high volume of resignations, in December, Nadia Henry, one of the 90 appointed Shura Council members, and a representative of the Evangelical Church resigned. She cited concerns that the legislative body was dominated by Islamists.

After a month of rumors and denials, the Governor of Egypt’s Central Bank, Farouk al-Oqda resigned, and was replaced by Hisham Ramez. Said to be one of the key negotiators for the IMF loan, his resignation was the subject of much speculation. Oqda had reportedly stated that he would  resign if the cabinet "infringed on the bank’s independence in any way." However, at a press conference announcing his resignation, he said he was "leaving the institution in safe hands."

Following the sacking of Salafi advisor, Khaled Alam al-Din, accused of using his “post as presidential aide for personal interest,” a fellow Salafi aide and member of the Nour Party, Bassem al-Zarqa resigned in protest at the dismissal. A case  brought against Morsi demanding an apology for the dismissal has been postponed until July 7.

The second resignation from the Shura Council came in February when Maged Aqad resigned in protest of the beating and stripping of an Egyptian protester outside the presidential palace, as well as over the Shura Council’s performance in general. Aqad, like Henry, was one of 90 appointmed Shura Council members, and was the Coptic Catholic Church representative. Speaking of his resignation he said he was disgraced to “work under a regime that violates the rights of citizens.”

On April 23, in one of the most prominent and damning resignations, Mohamed Fouad Gadallah resigned from his post as Morsi’s legal advisor. Gadallah issued a scathing three-page statement outlining the reasons for his resignation. Among his reasons, he accused the government of neglecting the youth, encroaching on the judiciary’s independence, and allowing for Egypt’s economic collapse. He also accused the Muslim Brotherhood of attempting to monopolize power, a criticism dismissed by MB spokesman Yasser Mehrez.

Gadallah’s resignation was one that brought with it the most controversy. When resigning he claimed to have fought back on Morsi’s infamous November 2012 decree ( which led to a wave of nine advisor resignations), while the Brotherhood claims that Gadallah was himself behind the decree.

Sami Khalaf, another key figure in the Finance Ministry dealing with IMF representatives tendered his resignation less than a month after Dimian. His resignation was said to be the result of friction between Khalaf and newly appointed Islamist figures in the ministry. Speaking about the friction, Khalaf said, “They try to disrupt my work and interfere in it as well as marginalise me … There is no link between my ideas and theirs.”

Ahmed Mekki, a reformist judge and Morsi’s Minister of Justice attempted to resign multiple times. On April 21, in a resignation letter addressed to Morsi, he criticized attempts to amend the Judicial Authority Law. His resignation, however, was not accepted until the limited cabinet reshuffle in May, when he was replaced by Ahmed Suleiman.

Of the six remaining advisers, four are members of the Muslim Brotherhood, 1 a member of the Islamist Construction and Reform Party, and the only remaining independent adviser served as the Assistant to the former Minister of Interior and was the head of Egypt’s police academy.