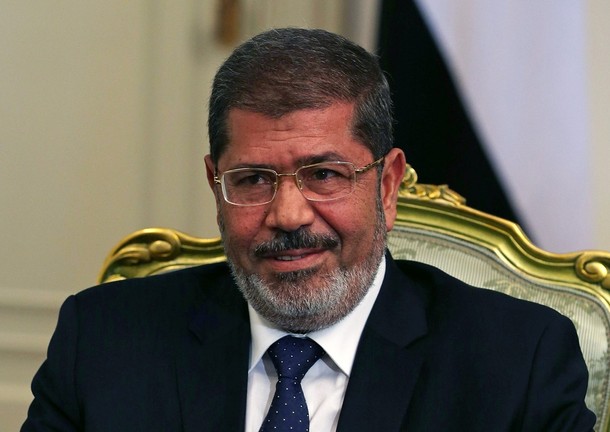 Arriving in New York to attend the 67th session of the UN General Assembly, where he is expected to discuss, among other things, Egypt’s position regarding the current situation in Syria, President Mohamed Morsi gave a bit of insight into his priorities during an interview with the New York Times. Morsi took the interview as an opportunity to further establish Egypt’s independence, as he did during his speech in Iran, this time not only politically but also culturally. “When the Egyptians decide something, probably it is not appropriate for the U.S. When the Americans decide something, this, of course, is not appropriate for Egypt,” he stated, calling for the West to respect Egypt’s culture.

This focus on Egypt’s needs was reinforced by Muslim Brotherhood members. Speaking to the Guardian, Mahmoud Helmy, a former MB Member of Parliament said, "The president’s visit is primarily about Egypt’s interests, and we trust Morsi to do that. He’s trying to set foundations for mutual interests and improving relations to a level that was lost with the previous regime."

Many of Morsi’s statements referred to what the West needs to do: namely reinforce its commitment to Palestinian self-rule and respect the Arab world’s culture and history. While critical of previous administrations, Morsi defended his own recent actions in the aftermath of the US embassy attacks, justifying authorities’ slow response time as dealing “with the situation wisely.”

Another main topic of concern for Morsi was the Palestinian cause, by way of discussing the Camp David Accords, an issue which he also drove home as one of the ways in which it is up to Washington to “repair relations” in the region.

The interview portrayed an image of a man in command, steering viewers further away from the initial depiction of a presidential candidate described as little more than a backup contender to the Muslim Brotherhood’s first choice – Khairat al-Shater.

Long gone is that initial image. During the interview, Morsi made several statements reinforcing the idea that he is in control. Discussing the counter-coup sidelining SCAF leader and former Minister of Defense Tantawi, Morsi was quick to establish that it was his decision, emphasizing his role as the elected president chosen by the people. Later in the interview he said, “We are behaving according to the Egyptian people’s choice and will, nothing else.”

In his first televised interview on Egyptian TV, the president also touched upon foreign relations, and Egypt’s importance in the region and throughout the world, speaking primarily about Iran, Syria and Palestine. He discussed his visit to Iran in the context of working toward finding a way to resolve the Syrian crisis. Speaking about Palestine, he said, “There can never be peace in the Middle East unless Palestinians are given their full rights,” adding that this is what is stipulated in the Camp David Accords.

His statements on international relations did not stray far from the sentiment expressed in his Times interview: “Foreign relations should be guided by the country’s interests. No country should interfere in our affairs and we should not interfere in other countries’ affairs… Mutual respect is what I seek with all countries,” he said.

Understandably, his televised interview focused more on domestic issues. In it he said that Egypt will remain a democratic constitutional state, a statement he elaborated on in his New York Times interview, saying, “Egypt now is a real civil state. It is not theocratic, it is not military. It is democratic, free, constitutional, lawful and modern.”

Morsi identified the two main problems facing Egypt as a poor use of resources and corruption, vowing to tackle the latter using legal means and “not exceptional measures,” adding, “Development, investment and production will end corruption.”