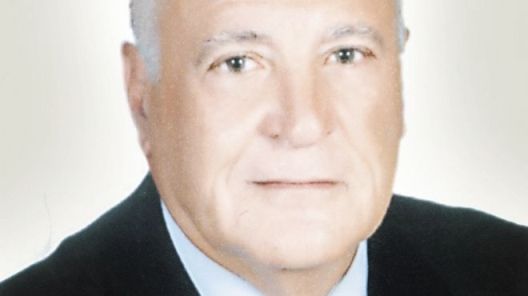 Egyptian interim president Adly Mansour issued a presidential decree forming the new Supreme Electoral Commission on September 11. The committee will supervise the post-June 30 referendum, as well as the subsequent presidential and parliamentary elections, to be held according to the July 3 road map announced by Defense Minister Abdel Fattah al-Sisi. According to the decree, the committee will be chaired by Judge Nabil Salib Awadallah, a vocal critic of the former president Mohamed Morsi and the Muslim Brotherhood, earning him a description as a “thorn in the side of the regime.”

With an ongoing struggle between the judiciary and Morsi’s regime, and with numerous attacks on courthouses and judges around the country, Salib threatened to close all courthouses until the government provided protection not only for all judges, but all employees in the judicial authority as well. He also called on the military police to protect judicial installments and personnel, where the police had failed.

When former president Mohamed Morsi issued the constitutional declaration on November 2012, giving himself sweeping powers and placing his decisions above judicial supervision, Salib took a firm stand against the decree. He suspended the work of the Court of Appeals in Ismailia, while also calling on Morsi to apologize to the judiciary. He said the declaration was a violation of the judicial authority’s independence. Salib also condemned the dismissal of the former General Prosecutor Abdel Meguid Mahmoud, and Talaat Abdallah’s appointment in his place. Salib argued that it violated the norms and laws of judicial authority.

The Judicial Authority Law was also a point of conflict between Salib and the Islamist-dominated Shura Council. The law, proposed by the Islamist Wasat Party, would change the retirement age for judges from seventy to sixty. Had the law been passed, Salib would have been one of over 2,000 judges who would have been forcibly retired. Salib demonstrated his opposition to the proposed law, and published two articles in the Egyptian daily Al Masry Al Youm expressing his reasons for refusing the proposed law, in which he described it as a massacre of justice.

In February 2013, as head of the Ismailia Appeals Court, Salib also appointed Judge Abdel Aziz Shaheen to investigate clashes in Port Said that broke out after a controversial verdict acquitted seven police officers and sentenced twenty-one football fans to death on charges related to the February 2012 Port Said massacre.

Salib’s vocal opposition to Muslim Brotherhood policies towards the judicial authority is believed by many judges to be the main reason behind the proposal to reduce the retirement age for judges, as Salib’s forced retirement would have prevented him from heading the Supreme Electoral Commission.

Mohamed Elgohari is a political researcher based with varied experience on Arab and Middle Eastern Affairs. He is a recipient of the prestigious Ford Foundation International Fellowship, which provided him with a full scholarship to complete his MA at New York University in Comparative Politics. He worked as a researcher in Cairo for a number of academic institutions. His articles have been published in many media outlets including Jadaliyya, World Politics Magazine, and World Press. He is currently an intern at the Atlantic Council’s Rafik Hariri Center for the Middle East.