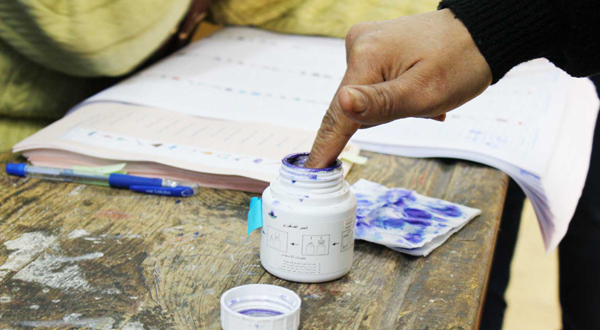 Most polling stations have closed after the second round of parliamentary elections. Final results are not expected until December 17 or 18, but the Freedom and Justice Party’s Secretary General, Saad al-Katatny, is already predicting that the party will retain its lead from the first round. Meanwhile, the SCAF has submitted a new draft law to regulate the next presidential election, expected by the end of June.

1) Most polling stations have closed after the second day of voting in Phase II of the parliamentary elections. Turnout initially appeared lower than the levels recorded in the first round, but increased over the course of the day, prompting the High Electoral Commission to extend the voting period by two hours to accommodate the late surge in voters.  Final results are not expected until December 17 or 18, but the Freedom and Justice Party’s Secretary General, Saad al-Katatny, is already predicting that the party will come out ahead. “We are certain given voting today that the party is still in the lead, the question is whether it will stay at 40 percent,” al-Katatny said. Although the process has been largely peaceful, there were reports of isolated violence and voting irregularities. A candidate for the Revolution Continues Coalition, Yasser al-Refaei, was hospitalized with broken ribs and a head injury after military officers and police reportedly assaulted him in the Sharqiya city of Zagazig. Observers reported widespread illegal campaigning outside of polling stations, particularly by the Islamist parties. FJP supporters in a Menoufiya village reportedly used a mosque loudspeaker to mobilize voters, while FJP and Nour Party campaign workers equipped with laptops were stationed near a polling station in Shebien al-Koam, where they helped direct voters to their polling stations. Members of the liberal-oriented Egyptian Bloc filed five complaints against the FJP and Nour parties in Giza’s Waraq district alleging that the Islamist parties’ supporters voted more than once. [Reuters, English, 12/15/2011] [al-Masry al-Youm, English, 12/15/2011] [al-Masry al-Youm, English, 12/15/2011] [al-Ahram, English, 12/15/2011] [al-Shorouk, Arabic, 12/15/2011]

2) Seven candidates associated with the revolutionary youth movement are competing in the second round of elections. The seven candidates, ranging in age from 27 to 34, are members of the April 6 Youth Movement, the Revolutionary Youth Coalition, and the Islamist Egyptian Current Party (the latter two groups are members of the Revolution Continues coalition). Although they are seeking to improve on their performance in the first round, the candidates, including Egyptian Current co-founder Abdel Moaz Abdel Karim, suffer from a lack of campaigning funding relative to the FJP and Salafi Nour Parties. “We’re young and enthusiastic, but we don’t have enough money,” Karim said. [al-Ahram, English, 12/15/2011]

3) In the traditional Muslim Brotherhood stronghold of Ismailiya, anecdotal reports indicate that the FJP may be losing supporters to the liberal-oriented Egyptian Bloc. Some voters reported switching their loyalty to liberal parties after the Islamist landslide in the first round, in an effort to elect a more balanced parliament. [The Daily News Egypt, English, 12/15/2011]

4) After casting his vote in Cairo’s Dokki neighborhood, Mohamed ElBaradei said he is “not worried about the rise of Islamists.” “I am more concerned about the new constitution, which must reflect a consensus. A constitution that guarantees rights for everyone will protect all of us,” he said. [al-Masry al-Youm, Arabic, 12/15/2011]

5) In a statement on December 15, Mohamed ElBaradei urged Egypt’s youth to form a united party that will empower them to shape Egypt’s transition in the coming years. ElBaradei warned, “The regime has not changed yet and the changes that have occurred only include two or three faces.” [al-Shorouk, Arabic, 12/15/2011]

6) A judge representing the public prosecutor’s office agreed to release 27 out of 28 suspects detained in connection with the violence outside of Maspero on October 9, but prominent blogger-activist Alaa Abdel Fattah remains in a military prison. [al-Masry al-Youm, Englsih, 12/15/2011]

7) The SCAF has submitted a draft law to amend legislation regulating presidential elections.  The newly appointed Advisory Council is expected to review the draft on December 17. The proposed law would amend 15 articles from the 2005 presidential elections law to require that presidential candidates obtain the support of 30 members of parliament or 30,000 eligible voters from 15 different governorates. Under the law, any political party with at least one parliamentary seat would be eligible to nominate a presidential candidate. [al-Masry al-Youm, English, 12/15/2011]

8) The interim government is preparing to announce the details of its austerity plan to allow for an LE20 billion spending cut, in order to rein in the LE134 billion budget deficit. The new plan will require all ministries and state offices to cut their expenditures by 4 percent. [al-Masry al-Youm, English, 12/15/2011]

9) "Egypt may need to restart talks with the IMF to obtain loans" after previously rejecting a $3 billion assistance offer, according to Planning Minister Fayza Aboul Naga. Naga reported that the decision to decline the IMF loan “may be under review.” [al-Ahram, English, 12/15/2011]

10) Representative David Dreier (R-CA)urged the Obama administration to pursue trade talks with Egypt to lay the groundwork for a future free trade agreement in a speech at the Center for Strategic and International Studies on December 14. [The Daily News Egypt, English, 12/14/2011]