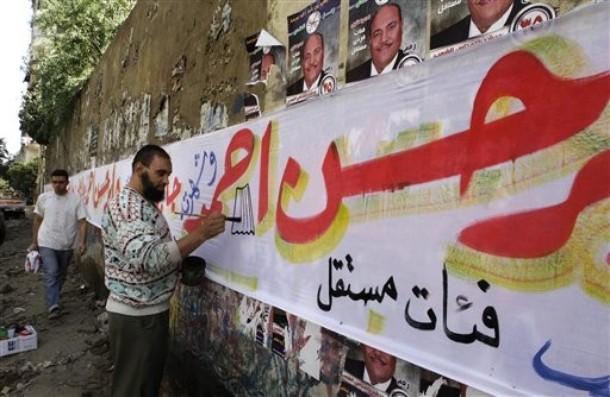 Parties and movements are divided on whether or not to participate in a protest planned for November 18 to demand a swift transfer of power to civilian leadership and reject the supra-constitutional principles. The Brotherhood-dominated Democratic Alliance and most major Islamist forces including the Salafi Nour Party have issued statements rejecting the principles, but Tagammu’ is backing the principles and the Wafd has yet to announce its official position.

Parties and movements are divided on whether or not to participate in a protest planned for November 18 to demand a swift transfer of power to civilian leadership and reject the supra-constitutional principles.  The Revolution Youth Union is backing the demonstration in addition to the moderate Islamist Wasat Party. Meanwhile, the Brotherhood-dominated Democratic Alliance and most major Islamist forces including the Salafi Nour Party have issued statements rejecting the principles. Tagammu’ is one of only a handful of parties supporting the principles, with the Wafd saying that it is still deliberating its official position. Others, including the Social Democratic Party, are waiting for anticipated amendments to the most controversial articles 9 and 10 before taking a position on the principles. [Al-Shorouk, Arabic, 11/14/2011]

The Muslim Brotherhood announced its participation in a million-man demonstration planned for November 18 in Tahrir Square to denounce the draft supra-constitutional principles. A Brotherhood spokesman also criticized several local electoral committees for refusing to provide candidates of the Brotherhood’s Freedom and Justice Party with voter registration rolls, demanding that the committees apply the electoral law equally, without bias against particular parties. [Al-Shorouk, Arabic, 11/14/2011]

The SCAF ordered the closure of the MOPCO fertilizer plant in Damietta after one protester was killed and 12 more injured on November 13 in clashes with security forces who used tear gas to disperse a sit-in against the expansion of the factory. Protesters began the sit-in almost a week ago to demand the relocation of the fertilizer plant, which is a source of toxic waste. [Al-Masry al-Youm, English, 11/13/2011] [Al-Masry al-Youm, English, 11/14/2011]

Hundreds of youth protesters staged a march from Talaat Harb Square to Tahrir Square on November 13 to protest the trial of civilians in military courts, just hours after a military prosecutor extended the detention of blogger and activist Alaa Abdel Fattah. [Al-Ahram, English, 11/14/2011]

Local courts have issued conflicting rulings on whether or not former NDP members should be permitted to compete in the upcoming elections. The High Administrative Court in Mansoura ruled to ban former NDP members from running in the upcoming elections. The ruling requires the general electoral committee of Dakahlia governorate to reject the nomination papers of any candidate who was a member of the NDP. Meanwhile, an Alexandria judge threw out a case seeking to ban former NDP member Tarek Talaat Mustafa from competing in elections on and upheld his right to run for parliament. [Al-Ahram, English, 11/11/2011] [Al-Ahram, English, 11/13/2011]

The Salafi Nour and Freedom and Justice Parties (FJP) have escalated their campaign activities in Alexandria.  In addition to papering the streets with posters, the FJP campaigners are also driving through neighborhoods with megaphones, describing the party’s official logo to help illiterate voters recognize it on the ballot, and last week used the occasion of Eid prayers to distribute sheep branded with the party’s logo. With former NDP members also dominating the campaign scene in Alexandria, one observer noted that most minor parties have been crowded out: “Now I have to choose between the Muslim Brotherhood and Feloul [NDP remnants].” [Al-Masry al-Youm, English, 11/14/2011]

Dozens of activists from the April 6 Youth Movement and Protect Your Vote marched through the street of Alexandria carrying sticks and tearing down posters of candidates affiliated with the NDP. Others defaced posters by writing “Feloul” (NDP remnants) on them.” [Al-Masry al-Youm, English, 11/14/2011]

The coordinator of an independent campaign supporting the presidential candidacy of Field Marshal Hussein Tantawi lashed out at politicians and media personalities who have criticized the pro-Tantawi campaign. Coordinator Mahmoud Atteya sad, “They accuse us of treason in order to attain their ulterior motives,” but insisted that the campaign is self-financed and “we don’t take funds from outside.” [Al-Masry al-Youm, English, 11/14/2011]

The Political Party Affairs Committee has rejected the application of a new Shi’ite-led party named, Tahrir (Liberation), on the grounds that the party had failed to meet the 5,000-member threshold required for licensing. [Al-Ahram, English, 11/13/2011]

The National Association for Change (NAC) issued a statement on November 13 demanding that the SCAF hand over power to a civilian caretaker government to oversee the remainder of the transitional period and calling for parliamentary oversight of the military’s budget. [Al-Masry al-Youm, English, 11/13/2011]

A member of the Salafi Nour Party’s political bureau said that the party rejects Islamist alliances and had refused to join the Brotherhood-dominated Democratic Alliance because the coalition includes liberal and secular members whose platforms are at odds with Nour’s political agenda. [Al-Masry al-Youm, English, 11/13/2011]

A military court ordered the renewal of blogger and activist Alaa Abdel Fattah’s detention for another 15 days on November 13, pending investigation into charges of inciting violence and assaulting military personnel during the Maspero clashes. The court also ruled to postpone the retrial of blogger Maikel Nabil (now entering the 83rd day of his hunger strike) for a second time, pushing the trial date back to November 17. [Al-Ahram, English, 11/13/2011]

Egypt’s unemployment rate has climbed to 11.9 percent in the third quarter of 2011, the highest level in 10 years, up from 8.9 percent in the previous quarter. An estimated 3.1 million Egyptians are currently jobless. [Al-Ahram, English, 11/12/2011]

Security forces in the Upper Egyptian governorates of Qena and Luxor have been struggling to restore order after days of gunfights and kidnappings between rival families. Meanwhile, police in Luxor have come under heavy criticism for failing to re-arrest an alleged gang leader, Yasser Hambouly, who escaped from prison in January. [Al-Masry al-Youm, English, 11/14/2011]