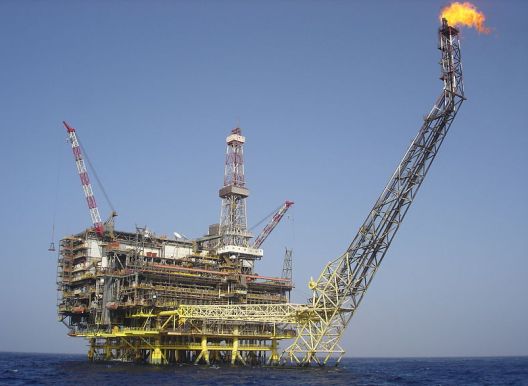 Libyan oil production collapsed this summer after essential facilities were taken over by federalists and disgruntled workers. The country’s economic recovery has been jeopardized as a result. As the Libyan government struggles to control discontent and restore oil output, it reveals how little authority it actually commands.

Previously, the 2011 revolution halted production of 1.6 million barrels a day (b/d). But, to the surprise of many, the industry rebounded quickly. Production climbed above 1 million b/d last year and averaged 1.4 million b/d in the first half of 2013. Disruptions during that stretch were regular but resolved quickly. Strikes and demonstrations were small and losses were modest; most lasted a few days or weeks.

By comparison, shutdowns that began in late July have proven devastating, widespread and durable. Total production fell to 150,000 b/d in the first week of September—or 10 percent of capacity. Exports are down to 80,000 b/d, with only three export terminals open. Major terminals like Ras Lanuf and Es-Sider remain closed. The government is losing $140 million or more in current revenues every day and officials estimate $5 billion has been lost so far.

“Those Libyans who stopped exports, this is a national crime that is tantamount to treason, because you are cutting the income of Libyans,” Prime Minister Ali Zidan said on September 4. “You are someone who had been entrusted with the task of protecting the country’s wealth, yet you are abusing it for your ends.”

Zidan’s frustration is real but his options are few. There is, unfortunately, no end in sight for Libya’s ongoing oil drama. A grand bargain is impossible because today’s strikes are led by different groups with unique demands.

Progress in negotiations remains elusive and the likelihood of decisive action is slim because the government lacks legitimacy and the requisite armed forces. Even if some facilities reopen, infrastructure will remain vulnerable, and other groups (workers or guards) could halt operations without warning and for very different reasons. For his trouble, Zidan may face a no-confidence vote, although his successor will be in no better position to improve conditions or solve the crisis.

The suddenness and scope of recent strikes, as well as their concentration in the east, suggest some degree of coordination. Initial reports raised familiar grievances like wages and jobs; other shutdowns were inspired by management complaints. But on August 17, at a federalist conference in Ras Lanuf, it was revealed that the most devastating takeovers were not driven by personal desperation or economic needs. They were indeed political.

Ibrahim Jadran, head of the Petroleum Facilities Guard in the central region and alleged mastermind behind the takeovers, was named head of a new political office responsible for the eastern province of Cyrenaica. He and other speakers declared semi-independence from Tripoli at the meeting. They also accused the National Oil Company of corruption and the central government of withholding profits. To redress these grievances, federalists claimed the right to control natural resources in the east, where most of Libya’s oil is found.

The federalist movement in Cyrenaica represents long-standing grievances although its popularity is hard to measure. Historically, the east has been neglected by Tripoli. During the Qaddafi era, this disregard was deliberate policy, designed to handicap a region that did not accept the regime’s authority. It’s no mystery why the 2011 revolution began in the east and took hold in Benghazi.

Easterners have since participated in Libya’s first free election in half a century, which was held in July 2012. But the formation of the General National Congress (GNC) has not inspired confidence among federalists. Many accuse politicians in Tripoli—including the Zidan government—of being influenced by the Muslim Brotherhood and beholden to a pan-Islamist agenda. Tripolitanian chauvinism has outlived Qaddafi, they say.

The shutdown of major export terminals proved federalists were serious and capable. The group even went a step further, attempting to sell an $800 million oil cargo outside of government channels, just days after the conference. The gambit failed but only after forces loyal to the government turned away a tanker with gunfire.

Other shutdowns have been attributed to workers who wish to see management replaced. The final blow to Libyan production came when an armed faction in the West belonging to Zintan, a city known for its distrust of authorities in Tripoli, shut pipelines in late August. Production at the Sharara and El Feel fields stopped shortly thereafter, costing Libya another 500,000 b/d—pushing overall production to lows last seen in 2011.

Officials and citizens have responded with outrage. Vague threats have been made but Tripoli says a peaceful resolution is preferable. Zidan has reportedly reached out to tribal leaders in the east, with no result so far. In the closing days of Ramadan, local media reported that Tripoli dispatched envoys with cash to pay off those who took over oil facilities. Clearly this was not enough. The National Oil Company even took the extraordinary measure of publishing a fatwa from the office of Libyan Mufti Sadeq al-Ghariani, arguing that the strikes were illegal. (Ghariani called for jihad against those who shut down facilities on September 4 although this was not endorsed by the government.)

Zidan often employs harsh rhetoric, referring to guards who took over facilities as traitors and criminals, but his inaction is revealing. Given the stakes and multi-billion dollar losses, any government could claim a mandate for the use of force. While the prime minister insists that force is an option, and some parliamentarians call for it, the shutdowns are now several weeks old. Such hesitancy suggests Zidan is keenly aware of his limitations and tenuous legitimacy.

Most importantly, Zidan lacks the force required to take back facilities. The central government supposedly has a few hundred thousand militiamen on payroll but even commanders admit very few actually serve the state. Most simply collect a paycheck. The capital, Tripoli, where it is safe to assume the central government has the most authority, still sees factions impose their will through arms and intimidation. The controversial Political Isolation Law, for example, was only adopted after militias besieged two ministries in May.

A new constitution would address the two issues that most divide Libya today: natural resources and the central government’s role. But a binding document—one that accommodates diverse groups, delineates powers, and confers legitimacy—will not be ready soon. Elections for an assembly tasked with drafting the constitution are still months away. After 120 days of deliberation, the draft will be put to referendum at a later date. New elections for the GNC are to be held after that.

Only then will politicians be able to budget with confidence for ambitious multi-year investments that heal old wounds and close the gap between east and west.  In the meantime, Libya stands to lose billions of dollars, the trust of long-time customers, and the interest of foreign companies, all of which are essential to Libya’s economic recovery.

Matthew M. Reed is a Middle East specialist at Foreign Reports, Inc. Follow him on Twitter at @matthewmreed