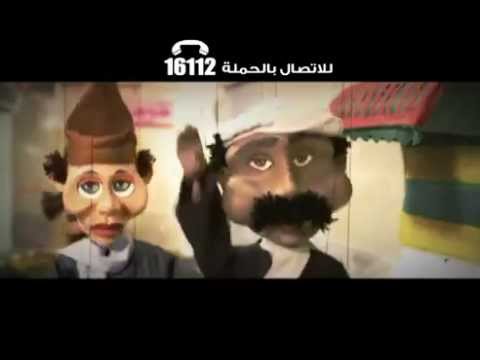 With only two weeks until the presidential election, the three frontrunners —  Mohamed Morsi, Abdel Moneim Aboul Fotouh, and Amr Moussa — are targeting voters with a series of colorful and at times comedic video advertisements, collected by The Lede. The videos shed light on the leading candidates’ strengths, but also reveal their vulnerabilities and limitations:

Mohamed Morsi, the Muslim Brotherhood’s official candidate – not known for his charisma or popularity – is clearly banking on the Brotherhood’s vast social capital and grassroots network rather than his own personality to mobilize voters on election day. Morsi does not speak in either of his two campaign ads, and appears on screen only briefly in one of them. In the video below, Morsi barely appears on screen and the bulk of the time is allotted to a diverse array of supporters – workers, housewives, youth, farmers and Bedouins – extolling Morsi’s virtues and calling for a president who “fears God” and has the ability “to bring us together.”

Abdel Moneim Aboul Fotouh, a former Brotherhood member who portrays himself as a moderate and independent Islamist, also enjoys the support of some liberal and revolutionary groups. Early in his campaign, Fotouh tried to distinguish himself from his more conservative Islamist and Salafi rivals by criticizing proposals for the application of Sharia law as "improper" and "harmful to the moderate history of Islam." However, Aboul Fotouh’s recent decision to accept the powerful endorsement of the conservative Salafi Dawa group may alienate much of his non-Islamist constituency.  The Salafi endorsement is as much a political liability as it is an asset — skewing Aboul Fotouh’s support base in the direction of conservative Islamism to an extent that may scare off liberals, youth and revolutionaries — but Aboul Fotouh desperately needs the Salafis’ formidable grassroots voter outreach operation to compete with his Brotherhood-backed rival, Mohamed Morsi. In an effort to cater to both ends of his support base, Aboul Fotouh has released a series of very different campaign ads that speak to young and moderate supporters as well as more conservative Islamists.

One of Aboul Fotouh’s videos, entitled “It’s an Easy Recipe," is a masterfully choreographed puppet show set to the music of the classic Egyptian folk operetta, “The Big Night,” written by the colloquial poet Salah Jaheen and inspired by village life in the 1960s. In the video, a bespectacled puppet tells his fellow villagers to vote for the candidate who is “honest and independent of Western influence, and whose door will always be open.” Aboul Fotouh’s brand of nationalism has always been laced by anti-Americanism, and he may be deliberately escalating his anti-Western rhetoric to differentiate himself from the Muslim Brotherhood, which has engaged publicly and frequently with U.S. officials since the parliamentary elections.

On a metaphorical level, the video also raises an important question: Is Egypt’s presidential election a puppet show? If voters base their decisions on major endorsements like the Salafis’, or blindly follow the Brotherhood’s choice, Mohamed Morsi, then the election results will indeed be shaped by political theater.

In a less colorful advertisement clearly intended for a different audience, Aboul Fotouh speaks of a brighter future for Egypt consistent with Sharia principles embraced by Christians as well as Muslims.  The video, cutting between scenes of scientific and medical innovation to Aboul Fotouh wearing modern, rimless glasses, contrasts Egypt’s unstable and economically troubled present with a better future in which Egypt will join the ranks of the twenty strongest countries in the world in terms of human development. In the short-term, Aboul Fotouh promises to restore security within his first 100 days in office, “Inshallah” (“God willing.”)

Amr Moussa, a former secretary general of the Arab League who served as foreign minister under Mubarak, is casting himself as the most experienced and capable candidate. In contrast to Aboul Fotouh’s close-up monologues, the camera in Moussa’s video is kept at a flattering distance from the 75-year-old candidate, perhaps to deemphasize his advanced age. Pledging to restore security and stability, Moussa urges Egyptians to ask themselves, “Who has the experience?” Unlike his two Islamist rivals, Moussa’s campaign video entitled “Up For the Challenge" unapologetically features an unveiled woman in modern dress in his diverse line-up of supporters, including a handicapped factory worker, school children, bakers, fishermen and businessmen.

While the videos strike a positive tone for the most part and refrain from attacking rivals, the candidates are increasingly going on the offensive on the campaign trail as the race intensifies. Amr Moussa called Aboul Fotouh “a sheikh,” referencing his Islamist background. Aboul Fotouh retaliated by describing Mubarak’s former foreign minister as a remnant of the “old guard,” forcing Moussa to defend his legacy in a recent interview in which he challenged his detractors to read Mubarak’s memoirs for evidence of his independence and opposition to certain regime policies. Morsi, who is trailing behind Moussa and Aboul Fotouh in the latest opinion polls, has already suffered his share of insults as the Brotherhood’s backup candidate – a last resort after the Brotherhood’s first choice candidate, Khairat al-Shater, was disqualified by the electoral commission in April.

After Morsi was ridiculed as a weak alternate by liberal and Salafi detractors, a Brotherhood spokesman was forced to issue a statement defending the candidate’s credentials, saying Morsi “is not a spare tire,” as he had been dubbed by Sheikh Abdel Moneim al-Shahat. It’s no surprise that the Salafis are in a confrontational mood following the disqualification of their candidate, Hazem Saleh Abu Ismail. They have since thrown their weight behind the independent Islamist Aboul Fotouh, dealing a blow to the Brotherhood, which had been lobbying Egypt’s various Islamist groups to unite around Morsi. As the three-way race heats up, the escalating rivalry between Morsi and Fotouh could damage the credibility of both Islamists – who are campaigning on platforms of integrity and honesty – while benefiting their secular rival Moussa, by deflecting the spotlight away from his controversial Mubarak ties.

Mara Revkin is the editor of EgyptSource.  She can be reached at [email protected].