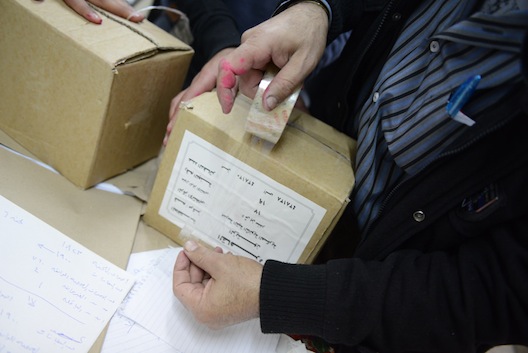 Below are the figures as announced by the High Elections Commission:

Cairo saw a voter turnout of 40.3 percent, with 98.5 percent voting yes and 1.5 percent voting no. The highest rate of ‘no’ votes was seen in Assiut and South Sinai, where in each governorate, 3.9 percent voted no. A complete breakdown of results by governorate can be found here. (Arabic)

A comparison of the 2012 and 2014 constitutional referendum: