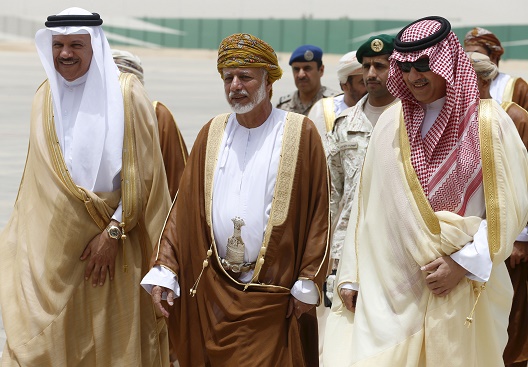 Last month, US officials traveled to Oman and held “secret” talks with a Houthi delegation. Both sides discussed the implementation of a ceasefire and a political transition in Yemen. While Obama administration officials and Houthi leaders communicated via Omani intermediaries earlier this year, the meeting in Muscat marked the first high-level talks between Washington and the Houthis since Riyadh launched Operation Decisive Storm in March. The encounter underscores Oman’s unique role in the Middle East’s geopolitical order as a diplomatic bridge between Iran, on one side, and the Sunni Arab states and their Western allies, on the other.

Washington initially supported the Saudi-led military coalition against the Houthis by providing intelligence and logistical support. However, given Riyadh’s failure to achieve decisively its stated goals, the Obama administration has become increasingly nervous that prolonged chaos on the ground in Yemen can only benefit the local al-Qaeda and Islamic State (ISIS or ISIL) affiliates. Despite Washington’s conflicting interests with both Iran and the Houthis, the United States accepts that Tehran and Ansar Allah (the Houthis’ militant wing) must be involved in any talks that could potentially lead to a political settlement. The Obama administration has therefore made diplomatic overtures to both Iran and the Houthis in an attempt to promote stability in Yemen.

Despite the US drone strike on June 16 that killed Nasser al-Wuhayshi, the leader of al-Qaeda in the Arabian Peninsula (AQAP), Yemen’s descent into further chaos following the collapse of exiled President Abdrabbo Mansour Hadi’s government (a major partner in the controversial US drone war against Islamist extremists) and Riyadh’s launch of Operation Decisive Storm has undermined Washington’s counterterrorism strategy against AQAP. The Obama administration has thus had to contend with a new reality in which Ansar Allah serves as Yemen’s only effective bulwark against AQAP, which has violently seized control of strategic areas of the country since Saudi Arabia began bombing Yemen. While the United States is concerned about expanding Iranian influence in Yemen, it appears more unsettled by AQAP, which unlike Ansar Allah has attempted to wage terrorism on US soil.

Sultan Qaboos bin Said al-Said—in power since 1970—has historically maintained a relatively neutral position on regional conflicts, which has often enabled Muscat to gain leverage as a trusted peace broker. Ever since the Gulf Cooperation Council’s (GCC) establishment in 1981, Oman has maintained the best terms with Iran. During the Iran-Iraq War, Muscat hosted ceasefire negotiations between Baghdad and Tehran. In 2011, Oman helped secure the release of two American hikers detained in Iran. The following year, Qaboos hosted secret talks between US and Iranian officials that resulted in the signing of a framework nuclear agreement between Iran and world powers. Oman’s current role as mediator between Houthi representatives and US officials remains consistent with Qaboos’ historical approach to foreign policy.

As the world’s only Ibadi-majority Muslim country, Oman does not have the same stakes in Sunni-Shia battles as do many Arab regimes and non-state actors. Nevertheless, Muscat views ongoing regional conflicts as a dangerous threat to stability in the Strait of Hormuz, as rising sectarian temperatures in the Gulf further intensify animosity between Riyadh and Tehran.

As the only GCC member that staunchly and unequivocally supports the P5+1 nuclear talks with Iran, Oman fears that events in Yemen could undermine the prospects for the comprehensive nuclear agreement that the Sultan has done much to facilitate. Within this context, he is seizing the opportunity to temper down the Middle East’s sectarian tensions. As the only GCC member that declined to participate in Riyadh’s Operation Decisive Storm, Oman appears to be the only Gulf Arab monarchy that the Houthis trust as a peace broker.

Modern history heavily influences the Omani perspective on Yemen’s crisis. Officials in Muscat have not forgotten the Dhofar Rebellion, a South Yemen-sponsored Marxist insurgency that destabilized southern Oman before Qaboos defeated the rebels early on in his reign. Unquestionably, the political order that emerges in Yemen will affect the prospects for stability in Oman’s post-Qaboos era. As AQAP and ISIS’s Yemeni division (aka Wilayat Sana’a) flex their muscles amid Yemen’s ongoing chaos, Oman’s leadership remains sensitive to security threats to the Dhofar Governorate. Not only is the ongoing Yemeni refugee crisis an economic burden, but the threat of extremists entering the sultanate pretending to be genuine refugees also constitutes a serious security dilemma for Muscat.

Oman’s bold diplomatic measures occur alongside those of the United Nations. Yet, as ongoing UN efforts to bring Yemen’s warring factions to the negotiating table have thus far proven futile, Oman will similarly struggle to overcome the same issues that thwart both sides from participating in peace talks in Geneva.

Hadi’s Foreign Minister Riyadh Yaseen declared that Yemen’s exiled government would only support a limited ceasefire, implemented only if Ansar Allah pulls its forces out of all Yemeni cities, ends its campaign in Aden, and releases all prisoners. In light of the Houthis’ seizure of more territory in Yemen following Saudi Arabia’s launch of Operation Decisive Storm, the Houthis arguably have little incentive to make major territorial concessions at the roundtable in Switzerland.

The deep-seated hostilities in Yemen have only intensified, despite both the UN and Oman’s ambitious efforts to broker peace. The Houthis’ firing of a Scud missile into southern Saudi Arabia on June 6 demonstrates how Yemen’s rapid escalation of hostilities shows no sign of slowing down as the conflict expands into Yemen’s northern neighbor while worsening the impoverished country’s humanitarian crisis.

Some analysts question whether Qaboos is pivoting too close to Tehran, possibly jeopardizing Oman’s relationship with Saudi Arabia and other Sunni Gulf Arab monarchies. Riyadh and other GCC states have historically tolerated Oman’s diplomatic overtures to Iran, but given the sensitivity of the Yemeni crisis and its implications for Saudi Arabia, it remains to be seen how Riyadh will react to Muscat’s efforts to host talks between the Obama administration and the Houthis. Saudi Arabia and other Arab Gulf monarchies may attempt to place more pressure on Qaboos’ successor (whoever that will be) to back off Iran and realign Oman more closely with its fellow GCC members in due course.

In the interim, Muscat’s efforts to stabilize Yemen are anything but guaranteed. However, the ailing Sultan’s vision for peace in the traumatized Middle East, with Oman serving as a diplomatic bridge between adversaries, continues to help define the region’s history.

Giorgio Cafiero is the Founder of Gulf State Analytics. Daniel Wagner is the CEO of Country Risk Solutions.