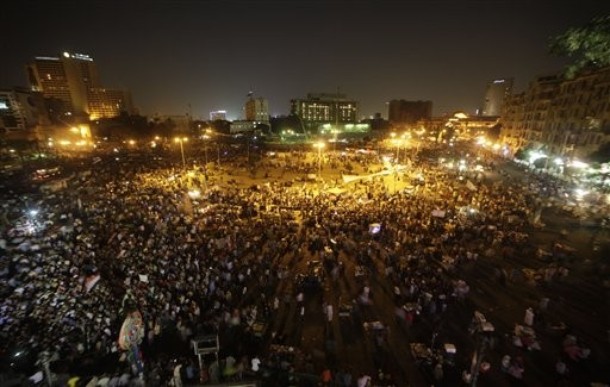 Egypt’s judiciary has emerged as a surprising new power-broker on the political scene, pushing the limits of its jurisdiction to rule on a number of polarizing and partisan disputes that have the potential to derail Egypt’s democratic transition just as it reaches the threshold of a transfer of power to civilian leadership. The judges – already struggling for their independence in the face of alleged interference from the executive branch — have come under intense scrutiny after a controversial decision to suspend the Constituent Assembly, then the trial against of NGO employees, and most recently the sentencing of former President Mubarak to a 25-year (life) prison term and acquitting his sons and six senior security officials. However, the most significant rulings that will impact Egypt’s democratic transition are still to come on June 14.  Just two days before the scheduled presidential runoff between Ahmed Shafiq, Mubarak’s last prime minister, and Mohamed Morsi, the Muslim Brotherhood’s candidate, the Supreme Constitutional Court will review the constitutionality of both the Political Disenfranchisement and Parliament laws. The decisions of the court will have a tremendous effect on Egypt’s future and could prolong the rule of the Supreme Council of the Armed Forces (SCAF).

The SCAF as well as political factions have committed terrible mistakes that threaten to reverse the whole transitional process back to square one. The upcoming Supreme Court rulings are politically charged and raise difficult questions about the next steps. For instance, in the case of barring Ahmed Shafiq, will the entire presidential election be re-run from scratch, or will the race be limited to the 12 candidates who competed in the first round? On June 13, Hatem Bagato, the secretary general of the Presidential Election Commission (PEC), suggested that the latter would be the appropriate course of action, but the SCC has yet to decide. If the Parliament is deemed unconstitutional, how would Islamists react to losing control of the legislative branch? Parliamentary Speaker Saad al-Katatny has stated that Parliament will abide by the SCC’s ruling, yet he insists that Parliament cannot be dissolved until the next elected president takes office – if and when that happens. How would these rulings affect the already struggling Constituent Assembly tasked with writing the new Constitution? And finally how would the Egyptians react to the new changes, bearing in mind that it might lead to the extension of SCAF’s rule beyond the June 30 deadline?

Several scenarios have been argued by various constitutional and legal experts regarding the constitutionality of the discussed laws. Below I tried to offer a concise summary of these various possibilities based on some legal opinions.

The Four possible scenarios after the Constitutional Court rulings on June 14:

(Worst Case; Leads to the continuation of SCAF and wide array of havoc):