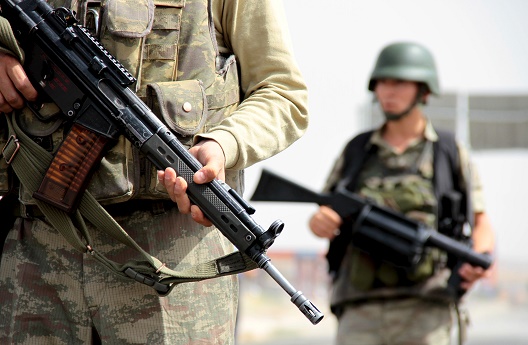 The Kurdish People’s Protection Units (YPG) operating in Syria and the Kurdistan Workers’ Party (PKK) in Iraq have become indirect partners of the Western anti-Islamic State (ISIS or ISIL) coalition. In July 2015, however, the Turkish Armed Forces launched airstrikes against PKK targets following an attack that killed two policemen. Turkey’s renewed focus on the PKK might result in a recruitment problem for the Kurdish armed group—PKK must now fight a two-front war with Turkey on one side and jihadists in Iraq and Syria on the other. This could hurt the US-led campaign against ISIS after Kurdish forces in Syria have proven to be the most effective force on the ground.

Two weeks before Turkey launched airstrikes in July against the PKK, ISIS published a prediction of this conflict in its online Dabiq magazine. ISIS hoped this development would give their forces an advantage in northern Syria. The PKK-Turkish ceasefire disintegrated after the PKK killed two Turkish policemen in revenge for the Suruc bomb attack that killed thirty-two, Turkey started bombing PKK camps in northern Iraq. With the outbreak of hostilities, ISIS seeks to capitalize on the thinly stretched PKK. The near daily attacks on PKK positions by the Turkish military could pose a significant problem for the YPG operating in Syria, which has increasingly relied on Kurds from Turkey to fill their ranks in the fight against ISIS.

The YPG faces the risk of geographical overstretch after capturing between 4,100 and 11,000 square kilometers from ISIS, including the Tal Abyad border crossing. The YPG could only advance due to support from coalition airstrikes launched to support the YPG since September 23, 2014. According to the Pentagon, nearly 70 percent of the airstrikes in Syria between September 2014 and January 2015 supported the YPG in the recapture of Kobani. ISIS realizes that without airstrikes, the YPG already lacks the manpower to hold captured territory.

“The PKK would claim that they were advancing against ISIS, when the reality was that they and their FSA allies would simply move into any given area after the crusaders [coalition] had already bombed ISIS positions there, leaving the area up for grabs,” ISIS said in Dabiq about the joint YPG-FSA advances in Tal Abyad. “PKK forces had already committed ‘military suicide’ by stretching themselves thin over vast extents of territory and attempting to cover so many frontlines while relying solely on crusader airstrikes.”

The YPG already faces recruitment issues due to mass migration of Syrian Kurds to neighboring countries and Europe, thanks to the ongoing conflict in the region and poor economic conditions. “If everybody leaves, who then will fight ISIS jihadists who come from Europe?” YPG fighters asked Dutch journalist Harold Doornbos in Efrin. To stem the outflow of migrants, Efrin’s local administration has imposed a ban on emigrating without a valid reason.

There are already examples of how the lack of manpower made it more difficult for the YPG to provide protection for civilians in YPG-controlled areas. While the YPG diverted more resources to the frontlines, ISIS managed to infiltrate Kobani on June 26, and killed at least 233 civilians. Since ISIS launched a siege on Kobani in March 2014, the YPG has increasingly recruited Kurds from Turkey to bolster their ranks. Before March 2014, the YPG tried to recruit mostly Syrian Kurds to avoid the image of being too closely linked to the PKK, still listed as a terrorist organization by the United States, EU, and Turkey.

The YPG official website shows that many of the recently killed YPG fighters are Kurds from Turkey. On July 13, for example, the YPG announced the identities of sixteen fallen YPG fighters, only two of whom were Kurds from Syria. To make up for the lack of fighters, the YPG has instituted a mandatory military draft to recruit young Kurdish men between the age of eighteen and thirty in the provinces of Hasaka, since July 2014, and in Efrin, since May 2015.

But with increasing urban warfare between the Turkish state and Kurds in Turkey, and airstrikes against PKK targets in northern Iraq, it will be more difficult for the YPG to recruit Turkish Kurds to fight against ISIS in Syria. Since August 2014, the PKK has deployed fighters to several frontlines in Iraqi Kurdistan, including Sinjar and Kirkuk. It remains unclear if the PKK will maintain its forces there, or if the war between the PKK and the Turkish state leads to their withdrawal.

According to the Turkish government, 814 PKK rebels were killed since July while the PKK said they killed 471 Turkish security forces. Although these statistics are most likely exaggerated, it does show that the PKK is losing fighters in Turkey. These losses will likely lead to Kurds in Turkey wanting to fight in Turkey itself, rather than for the YPG or PKK in Iraq and Syria.

With the Turkey-PKK clashes unlikely stop in the near term, the YPG will have to step up its military recruitment of Syrian Kurds and cooperate with Arab tribes to incorporate Arabs into the YPG. The recent PKK attack in the Daglica area of Hakkari province near the Iraqi border that killed at least thirty-one Turkish soldiers and the continued violence in Cizre show that there is no end in sight of the Turkey-PKK conflict. For the near future, the YPG will struggle to raise its capacity to fight ISIS, no doubt hurting the anti-ISIS coalition’s efforts.

Wladimir van Wilgenburg is an analyst of Kurdish politics for the Jamestown Foundation.

Image: Turkish soldiers stand guard at a check point on the main road between Mardin and Cizre near the southeastern town of Midyat, Turkey, September 9, 2015. (Reuters)