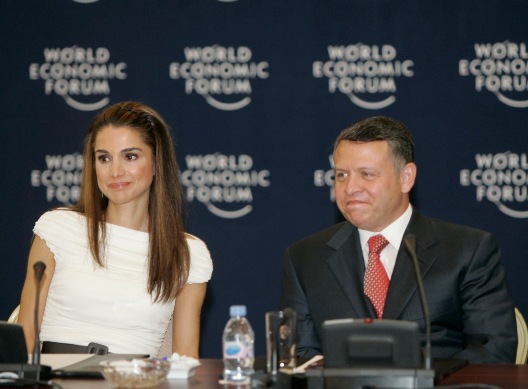 Over the past few years, Jordan has weathered the storm of the Arab revolutions and emerged largely unscathed. The monarchy retains control of the kingdom despite the occasional protest demanding reform. Some argue that demands for change are strongly tempered in Jordan by its citizens’ need for constancy (in light of the tumultuous transitions in other Arab countries) and the regime’s support from Jordan’s most influential security, economic, regional and international players to maintain the status quo. However, in an Atlantic Council issue brief titled, “Stability through Change: Toward a New Political Economy in Jordan,” Faysal Itani, a fellow for the Rafik Hariri Center for the Middle East, argues Jordan’s political economy has changed profoundly in the past twenty years, exerting pressure on the foundations of regime stability and making meaningful political and economic reform more urgent. In this point/counterpoint article, Itani and Ramzy Mardini, an adjunct fellow at the Iraq Institute for Strategic Studies and commentator on regional politics in the Middle East, debate the necessity for reform in Jordan with regard to regime survival. See their comments below.

Ramzy Mardini is an adjunct fellow at the Iraq Institute for Strategic Studies and commentator on regional politics in the Middle East. He writes:

Facing a neighboring civil war in Syria and growing refugee crisis, Jordan is often portrayed as exhibiting a frail political system on the brink of collapse; its monarchy soon to become the next victim of the Arab revolts. While recognizing that Jordan would be better off confronting its structural economic woes and political dysfunction through a series of long and painful reforms, the Hashemite regime remains unable or unwilling to undertake a genuine transition process. Unfortunately, serious reforms are unlikely to occur in Jordan in the foreseeable future. At one end, the domestic and regional environment is still not conducive to dramatic change; secondly, there is little reason to believe that deep and substantial reforms are necessary for regime survival.

The demise of the old social contract may be more a sign of its losing position as a critical feature of regime survival. The decades of neoliberal economic policies have indeed undercut many East-Bank Jordanians from the old patronage system. However, it would be an overstatement to assume their support is essential for the regime’s long-term survival. Other important constituencies the regime now draws its support from, such as the military and security services (which incorporates the tribes of Jordan) as well as the elite business class, have been empowered by such economic policies. In addition, the divisions that exist in Jordanian society, between various tribes, non-Islamists and Islamists, East-Bankers and Palestinian-Jordanians, undermine a consolidation by any political opposition. This gives the monarchy an inherent advantage, with no respectable challenger, able to exploit divisions and perpetuate suspicions, and thereby remain the most powerful actor on the political scene.

Also, Jordanians have long cherished and internalized their relative calm and stability as a central feature of their society and identity. Despite popular discontent with low wages, unemployment and difficult economic living standards, Jordan is not ripening for mass violent and civil unrest than what is often perceived. Moreover, its security forces exercise an advanced level of loyalty and professionalism, far greater than any country in the Arab world. It has demonstrated the ability to effectively deal and contain protests, without provoking violence and backlash. Indeed, unlike other neighboring states in the Middle East, many feel fortunate they live under a “benevolent dictatorship,” and while disappointment in King Abdullah II is certainly present, he does not face the sort of hostility and malevolence from his people as seen in other Arab societies.

Given the chaos, uncertainty and growing insecurity plaguing the Middle East, Jordan’s reform movement has been significantly stymied, with Jordanians overwhelmingly choosing stability as their top priority, and thereby, strengthening the king’s position. Therefore, pursuing reforms and confronting long-term threats are unlikely to be given greater value and urgency at this time. Moreover, political culture in the Arab world often incentivizes leaders to consolidate power during opportune moments of relative security. Indeed, concessions are made during times of vulnerability, as a manner of appeasement and co-opting current and potential opponents, not necessarily when confidence is high in one’s position.

Further constraints on reforms also is derived externally. To be sure, gauging Jordan’s ripeness for reform cannot be measured within a regional vacuum. Despite giving the monarchy a greater sense of political security, the changing and volatile regional environment is not conducive toward substantial democratic reforms. Jordan’s geographic status originated as a buffer-state, with a dearth of resources; it holds high levels of debt with a refugee-majority population. It does not hold the essential elements to survive and thrive on its own, and runs on a foreign aid economy, making it dependent on outside powers in fulfilling its patronage system.

But despite its meager economy and small population, Jordan is strategically unique in that too many players—from the United States to Israel to the Gulf Cooperation Council (GCC)—consider it too big to fail. This allows the regime a reliable safety net, and a 911-number to call, should economic and financial woes become overwhelming and provide a near-term threat to the regime’s survival. This backup plan not only allows Jordan to muddle through and weather waves of economic hardships plaguing the country, but also disallows an incentive structure to form that would directly link democratic reforms to regime preservation. In other words, maintaining and increasing the flow of foreign aid is far more critical and imminent to survivability than long-term political and economic reforms.

The idea of peeling away Jordan from the GCC’s sphere of influence and having it rely on Western backing is an unrealistic prospect for the foreseeable future. The United States may still be a relevant and powerful player in the Middle East, but it no longer retains the credibility it once had to make reliable assurances to its allies. Diverging from the US position in Egypt earlier this year, Jordan joined Saudi Arabia, Kuwait, and the UAE in backing the Egyptian military’s crackdown against the Muslim Brotherhood. The United States, seemingly in the process of withdrawing from regional high politics, exercises increasingly less influence over Middle Eastern leaders. Indeed, the current nuclear negotiations with Iran is seen as America’s final act toward regional disengagement and rebalancing of resources and attention toward the Asia Pacific.

While political reforms are in demand, they remain largely on the periphery; the core of popular discontent in Jordan remains an economic function, with corruption as the national consensus in what remains a divided opposition. By and large, Jordanians are not looking to replace the monarchy (some only talk about replacing the monarch with another member of the royal family). More importantly, Jordan’s contentious tribes still consider the Hashemites as the only group they trust to play as arbiter and rule the country. It is certainly best for Jordan to take reforms seriously; but good reforms should not be confused with reforms that are good enough, at least to survive.

Faysal Itani is a fellow for the Rafik Hariri Center for the Middle East. He writes:

The Jordanian regime is not on the brink of collapse. Indeed, the Issue Brief argues that the monarchy is currently enjoying a respite from political pressure. This is due partly to its own historic institutional legitimacy but also to regional crises that have dampened Jordanians’ appetite for political reform and the risk it entails.

Mardini cites support from the security forces and business elite as key components of regime stability, and both are certainly crucial to any regime’s survival. However, solidarity of the armed forces is not a sufficient guarantee of political stability. It may enable a regime to sustain a violent confrontation with its opponents and exercise effective repression, but it does not ensure that a state will not face unrest. Indeed, imprudent use of force is just as likely to provoke more unrest as it is to deter it. In addition, the Jordanian armed forces are more loyal to the institution of the monarchy than to the king as an individual – their support for King Abdullah cannot be taken for granted.

As for the business elite: a business community can serve as a pillar of political stability. Yet the absence of a large and prosperous commercial class is a defining weakness of the Jordanian economy. Narrow business elites are fickle and insufficient sources of support, and may be a liability for the regime, especially when much of the populace sees them as predatory as the cases of Yemen, Libya, Egypt, and Syria. If Jordan does manage to create broad wealth and economic opportunity, than a commercial middle class would certainly increase political stability and help weaken key drivers of economic unrest, but Jordan has thus far failed to create such a class.

Significant social divisions undeniably persist in Jordan—including but not limited to the Palestinian-East Banker divide—which does hinder the formation of a coherent opposition as Mardini asserted. Yet shared economic grievances can lead to converging political demands and agendas. Additionally, a united opposition is not a necessary precondition for political and social instability. It simply makes it more likely that political challengers will succeed in coordinating their efforts and later consolidating authority in the event of regime change.

It is true that Jordanians have come to cherish the political stability of their country. However the same can be said for many populations living under authoritarian rule, including other Arab populations once horrified by the bloody politics of Iraq and Lebanon but ultimately ready to confront their own rulers at great risk. Attachment to stability and predictability can help check radicalism, but does not always outweigh the need for economic opportunity, and the political empowerment that Jordanians increasingly see as necessary for economic progress.

The king’s exact intentions are difficult to discern. It may be that he has no intention of taking the risks associated with meaningful institutional reform( though that does not detract from the argument that he should). It is also true that Arab political practice has been to make concessions only in the face of serious unrest. However, this is arguably the worst time to make concessions, as it tends to show weakness and embolden challengers. Whether the king recognizes this is unclear of course.

The Issue Brief rejects the clear distinction Mardini makes between economic and political grievances, precisely because political grievances very often follow from or are rooted in economic ones. In fact, economic grievances are arguably more important drivers of political unrest than ‘ideational’ ones such as sect, religion or ideology. Youth unemployment in specific has driven unrest in Jordan, and a political system that fails to address it and other economic hardships will eventually lose legitimacy, and Jordanians will react accordingly.

The most compelling part of Mardini’s argument is that Jordan may find a way to revive and sustain a political economy of foreign rents and patronage. Judging from its experience in the 1980s however and its ensuing pursuit of some difficult economic reforms, the state does not appear to see this as a wise or sustainable model. Even if it could count on sufficient foreign support to employ its population and provide economic security (which is not presently the case) that would last only as long as foreign funding did. That would be an inherently unstable arrangement, as it would make Jordan’s economic and therefore political survival completely dependent on shifting external factors. Given the United States’ decreasing appetite for sustained engagement in the Arab World, and the inevitable prospect of countries like Saudi Arabia having to focus resources on their own economic challenges, the Jordanian monarchy would be unwise to indefinitely condition its political survival on external aid.