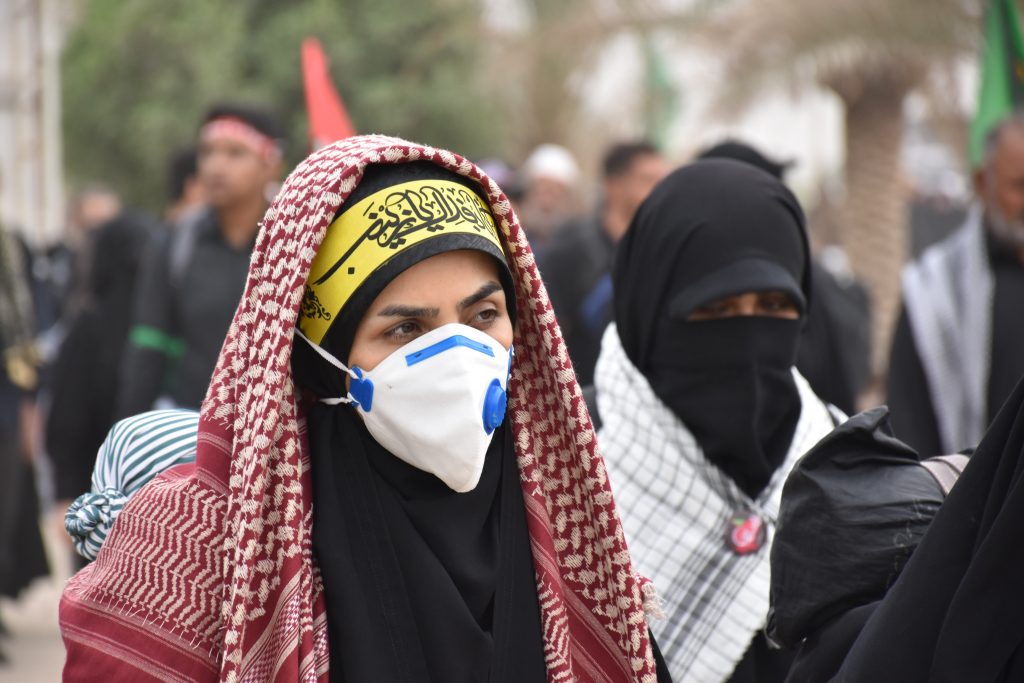 The sudden outbreak of protests in Iraq on October 1 was part of a pattern the country has witnessed in recent years. Understanding this context as well as the grievances driving the protestors helps explain the latest unrest. As it stands now, Iraq is in precarious moment in which bold, concrete action from the government is needed.

Historical context of the protests

From June to September 2018, thousands of demonstrators took to the streets of Basra, demanding jobs, basic services, and an end to corruption. Protesters burnt Shia political party offices and attacked the Iranian consulate. The protesters’ demands were met with government ineptitude and lethal force, some of it reportedly conducted by militia groups. Twenty protesters were killed in Basra.

Before 2018, there were also sporadic demonstrations from 2011 until 2017. In June and July this year, university graduates held week-long, country-wide protests on unemployment. The graduates picketed ministries in Baghdad and government offices in the provinces and were often forcefully dispersed.

These recurrent protests underline the fact that the protesters’ grievances are deep-rooted and enduring; and that, throughout successive governments, the prevailing political order will not–or cannot–make reforms. The protests have taken place in predominantly Shia areas against a predominantly Shia government. In contrast, Sunni provinces have remained calm: they learned a lesson in 2012 when they protested. The government reprisal was severe. They were accused of harboring Ba’athists and terrorists and paving the way for the Islamic State of Iraq and al-Sham (ISIS), thus sympathy from the Shia majority was scant.

Protests had been expected all summer, and aforementioned, university graduates held demonstrations that were quelled by riot police. A series of missteps by the government further inflamed sentiments, which made October 1 an opportune moment to protest as it marked the first anniversary of Prime Minister Adil Abdul-Mahdi’s government.

Abdul-Mahdi came into office with a detailed one-year program of economic, social, and security reform. For the unemployed youth in the provinces, the program has yielded little. According to the World Bank, 22.5 percent of the Iraqi population is below the poverty line. One fifth of Iraqi youth are unemployed. Thousands of youth graduate from universities every year with no prospect of finding a job. Government services in the health, education, agriculture, and water sectors are abysmal. Corruption, cronyism, and the sale of public office deprive ordinary Iraqis of prospects for a better life.

The latest round of demonstrations started in Baghdad’s Tahrir Square, the home of Iraq’s iconic Freedom Monument, which dates back to the early 1960s. The demonstrations were decentralized: they sprang up in the Shia districts of Baghdad, in Dhi Qar, Maysan, Diwaniya, and Wasit—all predominantly Shia provinces.

The protests were inchoate but determined. They appeared to be spontaneous, with no discernable organizational body, civic group, or political entity providing direction. Moreover, no group put out a manifesto or claimed ownership. If there were leaders behind these latest protests, they remained in the background.

The protesters originally demanded services and jobs, but as they confronted more forceful acts of suppression, their demands became more political. Demonstrators decried corruption, demanded an end to muhasasa (the sharing of political spoils), and called for a revision of the electoral system. Some protesters even used the familiar refrain from the 2011 Arab Uprisings: “The people want the downfall of the regime!”

Unlike past protests, these were met with escalating force. At first tear gas and water hoses were used, evidently by Iraqi security forces. By the second day a more shadowy warfare–deliberate and organized–was used against the protesters.

Unidentified masked men used live ammunition, snipers stationed on rooftops shot at protesters, and young men were seized and beaten; thousands were jailed. Offices of television stations and newspapers were stormed and ransacked, and individual reporters were warned to be silent. The government cut off internet services, and eventually declared a curfew.

Social media was ablaze with dozens of gruesome live videos taken by participants and other eye-witnesses, depicting dead and wounded young men. By October 6, the Ministry of Interior put the death toll at 104—though some report higher numbers—in addition to over 6,000 wounded, with hundreds detained. The protesters were visibly young and unarmed and public support was widespread and vocal, yet there were accusations of Ba’athism, conspiracy, treason, and collusion with foreign powers.

The government’s response was slow and ambivalent. On October 1, in his first public statement, Prime Minister Abdul-Mahdi acknowledged the right of people to protest but accused them of destruction of property, deliberate attacks on security forces, and undermining the country’s peace and stability.

On October 3, as the death toll rose, the prime minister in a televised address extolled the achievements of his government and acknowledged challenges but condemned lawlessness and stressed the need to maintain security and protect property. Again, he warned that some protesters were promoting a destructive agenda and warned that Iraq faced “a choice between a state and no state.”

The violence and the death toll continued to rise, and in a second address, on October 9, Abdul-Mahdi was more conciliatory but still ambivalent, saying that he had prohibited the use of lethal force by security forces but admitted that violence had caused loss of life. Again, the prime minister argued that the country’s choice was either a sound state or no state, and he condemned chaos and lawlessness. With no evidence that the protesters had used violence, the prime minister did not make it clear who was behind the attacks on protestors and property. He promised to conduct investigations and compensate the families of the fallen and hold the perpetrators to account. He announced mechanisms to combat corruption and institute economic and political reforms.

Clearly, the demonstrations had become a security threat. Nowhere was this made more evident than in a press conference held on October 7 by National Security Advisor Faleh Al-Fayyadh, in which, while accepting the “legitimate” demands of most protesters, he decried conspirators and traitors who sought to undermine the regime, saying the government “had names” and warning of severe punishment. Al-Fayyadh regarded the protests’ absence of leadership and organization as indicators of their dangerous nature.

The most thoughtful and constructive speech was given by President Barham Salih on the same day, offering realistic suggestions for a path forward. Yet here again, President Salih asserted that regular security forces had not been given orders to use lethal force but refrained from saying who was responsible.

By October 8, the protests had quieted down, in preparation for Arba’een—the commemoration of Imam Hussein’s death—but this was a truce, not a declaration of peace. Throughout the first week of October, the cabinet met to define a strategy. The prime minister offered a grand and unrealistic program in his October 9 televised speech. In addition to promising an investigation into lawless conduct by security forces, the prime minister largely threw non-existent money at the problem by pledging jobs for unemployed people, financial support for poor families and the unemployed, more employment in the public sector for graduates, and loans for young entrepreneurs. These financial commitments are burdensome for a country that already suffers from a budget deficit of over $23 billion with $52 billion going to pay a bloated public sector.

What to expect next

So what is next for the protesters and the government? In a harsh statement on October 11, Grand Ayatollah Ali Sistani’s representative issued an uncompromising condemnation of the use of force against protesters, which he described as “atrocious scenes of extreme cruelty that exceeded imagination and crossed all boundaries” by illegal armed groups and snipers. Sistani laid responsibility squarely on the government and called on it to conduct a serious investigation within two weeks, control the armed forces, and pursue those who “threaten and snipe and kidnap and beat and kill with impunity.” He has never been so dramatically explicit. In response to the grand ayatollah, the prime minister formed an investigative committee comprising ministers and heads of security agencies.

The protests are set to resume on October 25, after the Arba’een religious observance, giving the government breathing room to maneuver. However, the promises of the government both miss the mark and will be hard to deliver.

The protesters want economic and political reforms that ensure social justice, economic opportunities, prosecution of corrupt officials, and genuine representation. Abdul-Mahdi’s government is offering superficial remedies that are not achievable. The government’s investigative committee has come under attack for its lack of credibility and because its formation is seen as means to prevent real accountability.

In the coming two weeks, if the government is not perceived as responding effectively to the demonstrators’ demands and holding accountable those who killed protestors, it is likely that Sistani will further harden his position in favor of the protesters, and that the demonstrations will intensify, perhaps leading to greater violence. If this occurs, the viability of Abdul-Mahdi’s government will be at risk, and with it perhaps the entire political order, leading the country into unpredictable instability, which will be exacerbated by the threat of an emboldened ISIS. The prime minister, and the country, has everything to gain from bypassing the usual vested interests and responding boldly and expeditiously to the demands of protesters and Sistani in Najaf.

Rend al-Rahim is co-founder and president of the Iraq Foundation, a member of the Atlantic Council’s Iraq Initiative Advisory Committee. She is also the former ambassador of Iraq to the United States.

Image: A woman in a black headdress walks during Arba'een celebrations in Karbala, Iraq. Photo courtesy of @mhrezaa on Unsplash.