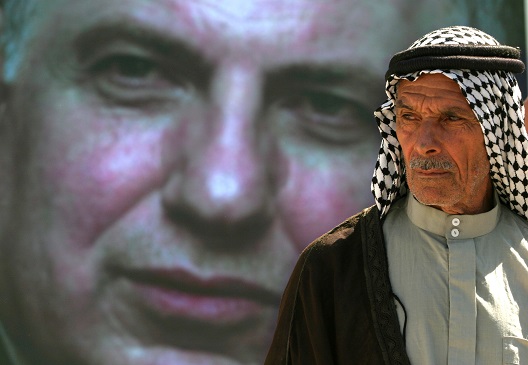 Ahmad Chalabi leaned forward in his chair, his soft hands with their perfectly manicured nails splayed flat on the table between us. “Tom, you don’t understand,” he said in his perfect, virtually unaccented English. “I would do or say anything to persuade the United States to invade Iraq and overthrow Saddam. Anything.” His face darkened and hardened. He clenched a fist and slammed it to the table. “And if you or anyone else gets in the way…” He softened his voice, relaxed his hand and regained control. “You’ll have made a terrible mistake, that’s all.”

We were sitting in his office in London in the late spring of 2002. It was a moment of rare candor for this most complicated and conflicted man. Chalabi was a smooth operator, an articulate proponent of his own talents and ambitions. He always maintained complete control of his emotions and the action around him, like the director of an Ibsen drama. He rarely lost his cool, and when he did, it seemed rehearsed for maximum effect. He was, I believe, a fundamentally amoral and dishonest man. We both knew, but did not reveal to each other at this or any subsequent meeting, that the Bush team had already decided to remove Saddam Hussein from power by any means necessary including military force.

I was in London on one of my periodic visits to the offices of the Iraqi National Congress (INC), then a coalition of Iraqi opposition parties including the two Kurdish groups, the Monarchists, the Iranian-backed Shi’a party, and Iyad Allawi’s Iraqi National Assembly. I was there to check the books and review the programs that the State Department was funding as a result of the Iraq Liberation Act of 1998, which eventually totaled tens of millions of dollars to support the “democratic Iraqi opposition,” including the INC and a few other programs. As often happened, we were arguing over the INC’s “Information Gathering Program” which Chalabi maintained was essential to the effort to uncover the abuses and plots of Saddam’s regime, including and perhaps especially his WMD programs.

I demanded that Chalabi show me the information that had been gathered, emphasizing that the funding for the program was from an overt and public Economic Support Fund (ESF) earmarked by Congress to fund Iraqi opposition efforts, and as such I had to report periodically to Congress on the use of the funds. The money was not meant to pay for clandestine intelligence gathering. If Chalabi continued to refuse to produce the results of his information gathering efforts then I would have to shut down the program. Eventually, we did stop funding this part of the INC’s efforts, much to Chalabi’s frustration and unhappiness. He told me it was the most valuable and effective part of the entire INC, disparaging other programs such as TV Liberty and economic development efforts in Iraqi Kurdistan as useless window-dressing. I had nothing against the information-gathering efforts, or Chalabi for that matter, explaining to him that Tim Reiser of Senator Lahey’s staff on the Foreign Relations Committee, demanded and deserved a full accounting of all ESF funds. If Chalabi would not show us the product, the program was over.

While Chalabi suspected otherwise, this policy had nothing to do with the State Department’s well-known opposition to the anointment of Chalabi as Saddam’s successor following the invasion—a position strongly supported by many in the Pentagon and the Vice President’s office. Rather, it was all about answering honestly and candidly the blisteringly critical questions of Senate and House staff who thought Chalabi was wasting or stealing the money. He had his supporters on the Hill, most especially the senior Senator from North Carolina, Jesse Helms, who chaired the Senate Foreign Relations Committee and he certainly had strong support in the Administration outside of the State Department. I advised him to use his influence to get the program funded by another US agency. “Don’t blame me or State,” I said, but I know he did.

The INC that existed in 2002 was a dysfunctional and distinctly temporary group of Shi’a, Kurds, Sunni Monarchists, and Chalabists. It was clear to me from my first meetings in London with Kurdish representative Hoshyar Zebari and Dr. Iyad Allawi, Chalabi’s once and future rival for leadership of Iraq, that the INC was an organization in name only, with no member trusting another fully and no one trusting Chalabi. The Kurdish representatives and Allawi’s more secular Iraqi National Assembly resented Chalabi’s access to the top tier of the Bush administration. In meetings with me, a lowly deputy director of an office at the State Department, they complained of Chalabi’s heavy-handedness, his unreliability, his opaqueness and duplicity, while at the same time they recognized that his out-sized influence came from support from then-Vice President Dick Cheney, then-Defense Secretary Donald Rumsfeld and Deputy Defense Secretary Paul Wolfowitz, the neo-con community, and the media. These other Iraqi leaders, who frankly represented more Iraqis inside Iraq (accepting that the Kurdish area was largely autonomous and protected) than Chalabi did, groused at US coddling of Chalabi, jealous of his mostly favorable media coverage in the United States. They warned that we would regret our support for Chalabi once the Saddam regime fell and Chalabi’s lack of popularity inside Iraq was revealed.

I never could figure Chalabi all the way out. Some of my colleagues at the State Department and in the CIA hated and reviled him, calling him “as bad as or worse than Saddam.” They blamed him directly for the failed coup of the early 90’s that the Agency had supposedly hatched to oust Saddam. Others had been burned by him in previous attempts to form a genuinely representative opposition group that we could support. Chalabi had been implicated in bank fraud in Jordan. Many thought he was an Iranian agent.

Regardless, the US government—at least the more powerful of the president’s advisors (not then-Secretary of State Colin Powell)—continued to build up Chalabi as the best alternative to Saddam. Many of them called for the establishment of a “government-in exile” headed by Chalabi that we would install in Baghdad as soon as or even before the last shot had been fired. The State Department managed to thwart that effort, but the United States still began training and equipping a small military force to support Chalabi and the US Department of Defense flew him and his team into Baghdad as soon as the city was taken, enabling Chalabi to occupy key real estate: Saddam’s intelligence HQ, among other sites.

I last met with Chalabi at his newly acquired residence in Baghdad in early August 2003. He was a member of the recently formed Governing Council and had been over to the Coalition’s HQ in the Green Zone for a number of meetings with Ambassador Paul Bremer and his senior staff. Bremer was already souring on him, desperate to find more balanced Iraqi leadership. At his house that evening, Chalabi pushed for deeper cuts into Baath membership of key Iraqi ministries, insisting that Bremer had not fired enough people. He lamented the deteriorating security situation in Baghdad, slamming those in the US government who had opposed a larger effort to arm his men before the war. Juggling his multiple cellphones, leaving the room occasionally to conduct more sensitive conversations out of my earshot, he seemed like a man about to take charge. It never happened. As it turned out, Chalabi did not have enough support on the ground to secure him a leadership position in Iraq. Iraqis just did not trust him, and they did not vote for him.

His death last week has finally taken him out of the Iraqi power equation, one that, despite his considerable political skills, he was never able to solve. Would Iraq have been a better place with him in charge? I doubt it. The enormous challenges of post-war Iraq and Chalabi’s lack of a popular base would have likely doomed any government led by him. Still, more than twelve years after the US-led invasion of Iraq, surveying everything that has happened since then—the long war, the many casualties, the sectarian bloodletting, the failures of Iraq’s new leadership, the rise of ISIS, and the growing influence of Iran—Iraqis continue to suffer, and its leadership struggles to find a way forward. It seems things only get worse despite the effort of so many people, including, whatever your opinion of him, Ahmad Chalabi.

Thomas Krajeski was US Ambassador to Yemen (2004-07) and Bahrain (2011-14). In 2003, he was a senior political advisor at the Coalition Provisional Authority in Baghdad. He returned to Iraq in 2008 as a senior advisor on Northern Iraq issues. He is currently writing his memoirs and a novel about the US “liberation” of Iraq.

Image: An Iraqi tribal leader stands near a portrait of the politician Dr. Ahmed al-Chalabi, during a rally in the capital Baghdad August 20, 2004. (Reuters)