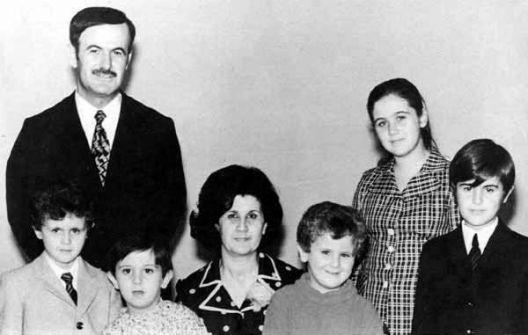 The passing of author Patrick Seale offers an opportunity to reflect on what has become of the country he loved and whose history he chronicled: Syria. The Struggle for Syria, first published in 1965, was and remains a classic: essential reading for anyone seeking to understand Syria—even, or perhaps especially, the Syria of 2014. Indeed, although the book covered the first phase of Syria’s independence—1945 until the creation of the United Arab Republic in 1958—it is still a Rosetta Stone for the complexities of Syrian politics. When visiting Syria in 1980, a close Syrian friend drew from a hiding place in his home an Arabic typescript translation of Seale’s work and assured me that the story it told was highly sensitive and even secret—that I should tell no one he had it. Seale’s 1988 biography of Hafez al-Assad was also a notable work. As the years went by, Seale’s explanations of Assad regime policies and practices earned him the reputation of an apologist of sorts. Yet had he done nothing else, The Struggle for Syria would make him the object of great admiration and inspire regret over his passing. The remembrance below was sent to me by Walid Joumblat, the leader of Lebanon’s Progressive Socialist Party, and is shared here with his permission.

On April 11, 2014 Patrick Seale, a prominent Arabist and a talented writer and journalist, died.

Patrick was a close friend of my late mother. He knew my father, Kamal Joumblat too. He was the son of a British Arabist and theologian, Morris S. Seale, who was a Christian missionary in Syria. Patrick spent most of his first 14 years in Syria before attending Balliol and St. Anthony ‘s College, Oxford, where he specialized in Middle Eastern history.

I met him several times in Beirut during the good old days, in the late sixties, and later of course during the Lebanese civil war. We had friends in common, notably the late Assem Salam: one of the most brilliant architects of Lebanon, a staunch supporter of the Palestinian cause, and a fervent adherent of Arab nationalism. Patrick wrote the great classic on Syria in the fifties: The Struggle for Syria. It is still a main reference about the role of Syria and its pivotal importance in the Middle East.

In Paris, with my wife, we met in the summer of 2011. This was at the peak of the peaceful civilian Syrian uprising, when huge crowds in Syria were demonstrating, asking for the downfall of Bashar Al Assad. The answer of the regime was to fire on unarmed protestors.

Patrick and I had long arguments about Bashar. He thought at one time, as I did, that Bashar would implement reforms. We were both wrong. Patrick (who wrote a huge biography of Hafez Al Assad) would defend Bashar, putting the responsibility for bloodshed in Syria on Bashar’s brother and the surrounding clique.

Then Patrick left for London. Regrettably we did not see each other again.

In Syria things turned more and more bloody, leading to civil war. Now that Syria is being systematically destroyed by the regime and by innumerable groups of rebels, now that Syria is a battleground for regional and international powers, and now that the Syrian people are suffering unspeakable hardships, I would say it is a relief for Patrick to have departed this life, at this moment. He no longer has to witness the agony of Syria and its ultimate destruction.

He loved Syria and I loved Syria. Indeed, I still love Syria. But it is no longer the Syria Patrick and I came to know and love many years ago.

The passing of Patrick Seale reminds us that a whole generation of distinguished, precious Arabists is being lost forever.

Let peace rest on his soul.

Image: President Hafez al-Asad with his family in the early 1970s. From left to right: Bashar, Maher, Mrs Anisa Makhlouf (the then new First Lady of Syria), Majd, Bushra, and Basil. (Photo: Wikimedia)