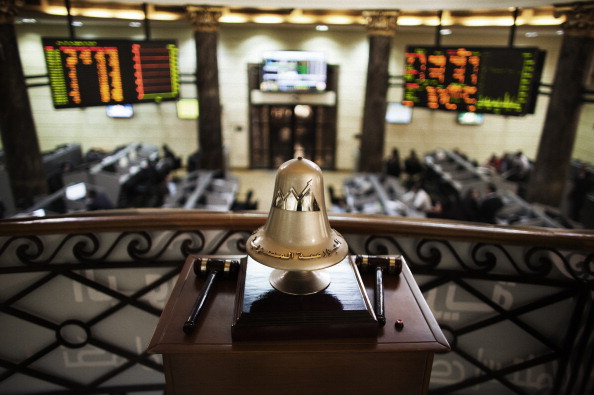 With any mention of Egypt’s economic recovery, foreign direct investment (FDI) is often referred to as the saviour that will help the country recover from its near two-year hardship, by enabling stimulated growth and job creation. The 2011 revolution has brought to the forefront critical socioeconomic and financial challenges at a time when global financial strains are hindering access to external finance. In this context, the lack of security and political stability are usually presented as the main reason for the country’s inability to attract foreign investors and, consequently, increase income levels and opportunities for the population.

These two requirements of security and stability, while necessary and fundamental to any nation’s development, are not sufficient to ensure that foreign investment will be a driving force in Egypt’s transition. In reality, it takes more than minimum requirements to effectively convince an investor to select a specific country over another for investments. When it comes to attracting money, competitiveness matters, and it matters a lot.

The World Economic Forum (WEF) defines competitiveness as the “set of institutions, policies, and factors that determine the level of productivity of a country.” In other words, it is a combination of several factors including resources, educated populations, skilled workers and a well-developed infrastructure, among others, that can undoubtedly afford a country certain advantages as a potential and attractive FDI recipient. An important question that arises from the above is the following: once security is restored and the country has regained political stability, is Egypt ready to compete with other global markets and attract foreign investment, particularly in light of current global financial strains?

The WEF’s Global Competitiveness Report bears bad news for Egypt, with the country dropping 13 places to 107 (out of 144 countries) in the 2012-2013 Global Competitiveness Index (GCI) rankings. While many believe that the January revolution is the primary reason for Egypt’s economic suffering, the fact is that the political upheaval has only brought the country’s many challenges to light. This is evident from the 2011-2012 report which showed a similar drop in Egypt’s competitiveness rank by 13 places, based on statistical data that dates back to 2010 and in some cases earlier and, therefore, does not reflect the impact of the revolution.

Perhaps the more worrisome indicators among the three GCI sub-indices are those related to basic requirements, and more specifically in regards to the macroeconomic environment, in which Egypt ranks worse. This sub-index groups those pillars that are considered the most critical for countries even in the factor-driven stage, an early stage of economic development that relies mainly on factor endowments such as low-cost labor or natural resources. Hence, any plans for real competitiveness in global markets requires a reform process to place the country on a higher and more sustainable growth path.

The competitiveness-enhancing agenda should primarily aim at increasing the economy’s productivity levels. More particularly, the labor market suffers from many impediments to productivity growth, including rigid labor regulations, inefficient use of human resources, and a mismatch between the education system output and the job market needs. Hence, there is a serious need to gear educational outcomes more strongly toward the needs of the business community by revising the education system’s philosophy and goals.

While improving productivity can still be achieved by adopting existing technologies, this will no longer be sufficient after reaching a certain point of development. This is why innovation is an important component in any country’s strategy to create and maintain a competitive edge. Traditionally, innovation has been tied to developed economies. However, there is a rapid change in the global landscape of innovation with the appearance of emerging economies as new players that are increasingly boosting their innovative performance as shown by their booming numbers of publications and patent applications. Hence, without an entire environment that is conducive to innovative activity, there is little chance of competing with these countries. Supporting innovation requires sufficient investment in research and development (R&D) from both the private and public sectors, which in turns calls for the presence of high-quality scientific research institutions, free and transparent access to information and the protection of intellectual property. In regards to innovation, Egypt’s lagging rank at the 109th position is a result of its bad score in indicators measuring the degree and quality of university-industry collaboration in R&D, companies spending on R&D and indicators measuring the quality of scientific research institutions.

Without giving these limitations proper attention, Egypt will be undermining its potential as an FDI recipient. With both its domestic and foreign market size (in which it scores the best), the country has an important comparative advantage since large markets allow firms to exploit economies of scale. Relying on tax holidays, exemptions and low-cost labor may have a positive impact on location decisions by foreign investors, but these factors do not always compensate other obstacles in the business environment. Only by identifying the true obstacles to a more favourable market environment can a country achieve, sustain and accelerate its progress in a positive direction.

Hoda Youssef is an economic analyst at the European Bank for Reconstruction and Development (EBRD).