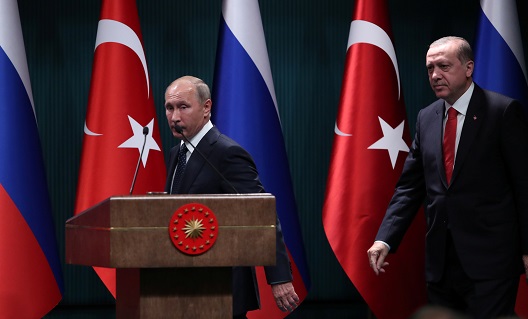 In early July, Syrian regime forces backed by Russian air force and Iranian militias seized the entire desert area between Khanasir, Ithriya and al-Rasafah, split administratively between Aleppo, Raqqa, and Hama. In mid-August, the regime launched a campaign against the Islamic State group in eastern Hama province, east of Salamyeh city. It attacked from two directions—firstly from Ithriyah and al-Rasafah, which it had secured in a previous offensive towards the south, and secondly from the Palmyra—T4 Airport road towards the north. The two pincers met on August 19, when the regime announced it had imposed a siege around the Uqayribat pocket of Hama province, east of Salamyeh. The area covers some 3,000 square kilometres and is home to 10,000 civilians and around 350 Islamic State (ISIS, ISIL, Daesh) fighters. The attack lost ISIS an entire desert region encompassing eastern Hama and the southeastern Aleppo countryside as well as parts of western Raqqa, a large area that links up geographically with the Badia (Syrian desert) regions of Homs and al-Hamad.

In their attack on ISIS positions in the Badia, regime forces used a strategy of cutting off forward positions and isolating the group’s best-defended bases. Each time the regime allowed ISIS to retreat from besieged pockets the Uqayribat pocket was placed under siege, and ISIS fighters were not allowed to leave.

The regime continued its military operations, breaking up ISIS positions within the Uqayribat pocket to tighten the noose on the besieged area. On September 4, the regime announced it had seized Uqayribat village and that ISIS fighters there had fled to the al-Bilaas hills, also within the pocket under siege. The closest area ISIS fighters could flee to is the al-Rahjan area west of Ithriyah, held by Jabhat al-Nusrah of the Badia area. Attempts were made to reach a similar deal like to the one in Qalamoun between the Syrian regime and ISIS. Islamic State fighters fled to Deir Ezzor province, but Russia firmly rejected the idea of a similar deal, but why?

A deal allowing ISIS fighters to flee gives an additional 350 fighters in the province, which Russia could not allow as Deir Ezzor has become centerstage for an international struggle in which Russia is a major player. At the same time, Russia seeks to confuse Jabhat al-Nusra, which had launched a battle to take Abu Dali from al-Rahjan, a village located further north of Abu Dali. But the main reason is that Russia is ill at ease with the soft conflict that has emerged between Turkey and Hay’at Tahrir al-Sham (HTS) and dominated by al-Nusra Front.

Turkish forces were expected to enter Syria to destroy Nusra’s presence in Idlib, but instead Turkish commanders met Nusra leaders at the Atmeh border post. Turkish forces then set up military positions on Jabal al-Sheikh Barakat and close to al-Tamourah on the front line between Syrian Democratic Force (SDF) in Afrin and the liberated areas of Idlib. Turkey is more focused on securing its borders from Kurdish forces in the SDF than removing HTS and it is evident by the military actions on the border. Additionally, Turkey deployed troops to the area around Darat Izza, northwest of Idlib city, on the contact line between the opposition and SDF.

Despite Russia’s efforts to ensure the Astana peace talks succeed, Turkey might get caught in a military showdown with HTS, an outcome that Moscow would entirely be against because it would prevent Turkey from gaining influence in Idlib. . Most are concentrating in civilian areas of the province’s cities and villages and military showdown could lead to major civilian casualties and huge destruction of infrastructure and houses; most of which are already heavily damaged due to Russian and regime airstrikes over the last few years.

During the sixth round of Astana talks, Russia proposed setting up a “demilitarized zone” in the tribal area of southern Idlib. It also announced it would create a force composed of tribal fighters based in the area east of the railway line in eastern Hama and Idlib, which is dominated by tribes. The aim is to evacuate both rebel forces and Nusra fighters from the area and de-militarize it, after which the tribal force could take over the area to impose security with medium and light weaponry. Russia hoped this proposal would win it control over this strategic area (al-Rahjan and surroundings as far as Abu Dhuhur and the al-Hass hills south of Aleppo) and neutralize any threat there, as the region sits along a key land route from Hama via Ithryah to Aleppo.

The tribal force would be led by Ahmad al-Darwish, a member of parliament and leader of the Abu Dali area who also heads the pro-regime “National Defence Army” currently in control of the main trading route between regime-held Hama and Idlib. It also holds the main crossing point between the two areas, known as the Abu Dali checkpoint. It appears that the tribal force would consist of Darwish’s force under a new name.

In this context, there have been recent leaks indicating that Nusra leaders have met Russian commanders at the Abu Dali checkpoint to negotiate this proposal of the demilitarized zone. These leaks follow previous leaked audio recordings mocking the Islamic scholars of HTS and the decisions of its leader Abu Mohammad al-Jolani, notably talking of ridding the north of rebel factions, most recently Ahrar al-Sham. The Nour El Deen al-Zinki movement, which recently defected from HTS, also accused Jolani of cooperating with Iran. These leaks caused major upsets in Nusra ranks, as the group works directly with the regime, militias, Russia, and Iran. Days after the leaks, on October 6, Nusra attacked the village of Abu Dali in eastern Hama and took control of it.

On October 9 at 3AM, a group of Nusra fighters were caught unawares and surrounded by a group of ISIS fighters at a base in al-Rahjan. This group arrived from the al-Balaas hills in the al-Rahjan area and covered ten kilometers (6.2 miles) of regime-held territory without any sound of clashes, indicating that there had been a deal between ISIS and the regime or Russia. ISIS forces managed to bring in heavy weaponry including three tanks and a BMP armored personnel carrier as well as four heavy machine guns and six explosives-laden cars. ISIS forces quickly managed to seize fifteen villages around al-Rahjan, killing twenty-five Nusra fighters and three of their leaders. Nusra absorbed the shock, managing to organize its forces, and surround ISIS fighters in the villages.

The re-entry of ISIS into Idlib will burden HTS and possibly cause the collapse of its talks with Turkey, as Ankara will demand that Euphrates Shield fighters and other factions enter the eastern Hama countryside to fight any IISS fighters remaining there. The entry of FSA factions would meet stiff resistance from HTS, not because of religious or ideological reasons, but for political and military ones. It would complicate the map of control in Idlib, an area where Nusra has spent three years trying to impose its total dominance.

If Nusra is unable to oust this small group of ISIS fighters and Turkey does not send in FSA forces to re-seize the whole of al-Rahjan, the regime and its Russian and Iranian allies will have a perfect pretext for entering the area: fighting ISIS. They could also try to seize territories beyond al-Rahjan, possibly reaching the eastern Idlib countryside and southern Aleppo province. Russia wants to finish off al-Nusra Front, which could be a tool for Turkey to strike the SDF in Afrin and connect up the northern and western Aleppo, neutralizing the threat posed by the SDF position in Afrin. Nusra could also become a tool for two other major players in the Syrian crisis and fighting would break out once again with regime forces.

Between the Turkish intervention in the north and the entry of ISIS in the south, there is an internal struggle within HTS itself. A polarization is developing between the ideological faction led by Abu Jaber al-Sheikh and Abu Maria al-Qahtani and a number of Nusra scholars on the one hand and a more pragmatic faction led by Jolani on the other, especially since Nusra’s attack on Ahrar al-Sham and the recent audio leaks. The lay of the land could become more clear in the coming days. But what is clear is that Russia and the Syrian regime have deliberately stirred up confusion in a sensitive region and at an even more sensitive time in order to retake control of al-Rahjan and its surroundings.