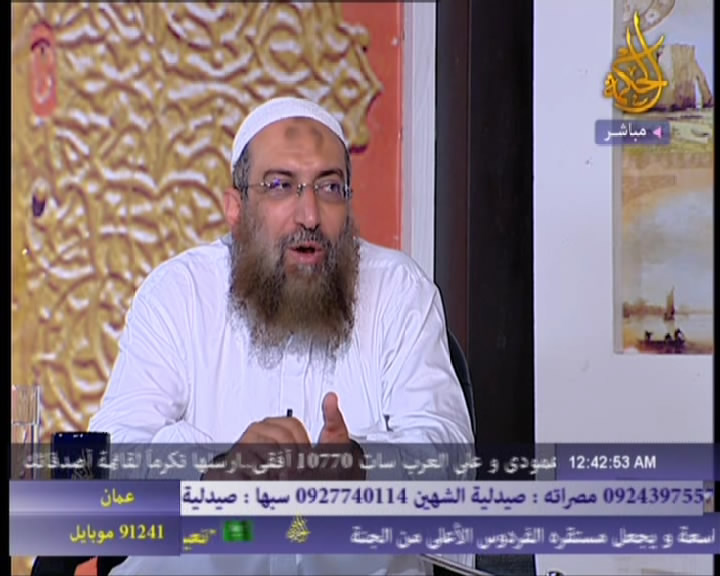 Egyptian blogger and political activist Mahmoud Salem, more commonly known by his online persona Sandmonkey, filed a civil lawsuit on Thursday, January 26th against the well-known and influential Salafi preacher Yasser al-Bourhami for the latter’s incitement of violence against Coptic Christians.  While the details of this suit are still emerging, they deserve serious domestic and global attention: if methodically pursued, the case could form an important challenge to Egypt’s still-persistent culture of legal impunity for violence and discrimination against members of the country’s significant Christian minority. It could also deal a painful blow to the prestige of Salafi Islamists, whose political rise has been accelerating unimpeded since Egypt’s revolution. The success and long-term ramifications of this lawsuit rest, however, in the specificity of Salem’s charges and their appeal to civil rather than theological protection.

Salafis are ultraconservative Islamists, strongly influenced by puritanical Wahhabism, who took many Egyptians and foreign observers by surprise when their Nour Party and others gained a full fourth of the seats in parliament in the nation’s fairest elections in generations. Their small but growing presence has been apparent to anyone traveling in Egypt over the last decade, especially in the poorer districts of Alexandria, Cairo, and areas of Upper Egypt. They have traditionally remained aloof from politics out of practical and dogmatic reasons (Mubarak-era restrictions and their rejection of democracy, respectively), but Egypt’s post-revolutionary period has brought a change of heart– if only a temporary one, as most Salafis see it — in order to establish a foothold in Egyptian politics on the way to dominating the country.

More importantly for the issue at hand, Salafi preachers and followers have been notorious in recent years for their intolerance of non-Muslims, non-observant Muslims, or even Muslims such as Sufis who adhere to different practices or points of view.  For example, a number of Salafi preachers made headlines in January when they declared that good, pious Muslims should distance themselves from Christians, for example, by refraining from legitimizing their beliefs by attending their Christmas gatherings or even by extending them holiday greetings. Furthermore, many of the attacks on Coptic Christian individuals and property over the last year have been directly incited by Salafi imams and carried out by their local congregations (i.e., in anti-Coptic violence in Imbaba, Sol, and al-Marinab).  The ruling authorities, once Mubarak’s regime and now the country’s ruling military junta, consistently and brazenly refrain from holding the perpetrators accountable for their violent actions.

Sandmonkey’s lawsuit is significant because it holds the potential to draw long-overdue attention and accountability to the dangerous rhetoric and actions of the country’s emboldened Salafi zealots, and to the genuine threat they pose to Egypt’s Coptic minority. It is also important because Mahmoud Salem is well-positioned to make this happen: he was one of the bravest and most vocal critics of the Mubarak regime at a time when his fellow bloggers were being tossed into prison, and since the revolution, he put his words into action with an electoral bid for parliament, albeit an unsuccessful one.  His effort deserves support.

However, Salem must overcome two legal hurdles. First, his suit must not invoke Egypt’s ambiguous legal precedent regarding general “disrespect of ‘heavenly’ religions’” by charging al-Bourhami with merely uttering distasteful or offensive things about non-Muslims. To do so would be to legitimize a tactic that is broadly used as a blasphemy law to suppress alternative, more moderate Muslim viewpoints and to restrict the freedom of belief that many Egyptians desperately need, such as those who convert from Islam, or the country’s struggling community of Baha’is, marginalized by their exclusion from the community of “heavenly religions.” The protection of minorities from violence, in other words, must be prosecuted in a way that will not be used against them in other contexts. Salem will therefore need to make his case that the defendant’s words directly resulted in violent or discriminatory deeds; hateful language in itself cannot be the crux of the complaint.

The second matter of caution that it will not be enough to treat al-Bourhami simply as a symbol, although he is a prominent choice to embody general Salafi intolerance and the danger it represents to Egyptian society. For example, he recently insisted that Christians and Jews remain explicitly labeled with the term “infidels,” (in contrast, a current al-Azhar initiative on basic freedoms calls for disuse of the term because of its pejorative and divisive connotation), and he has explained the Salafi Nour Party’s reluctant inclusion of several woman on electoral lists as a necessary “corruption." Rather, Salem’s legal team will have to show that al-Bourhami’s rhetoric directly incited a follower or group of followers to carry out a specific act or acts of violence against Copts.

Mahmoud Salem has an opportunity in this lawsuit against Yasser al-Bourhami to both push back against the tide of religious intolerance that Egyptian Salafis and their leaders represent, and to chip away at the illegitimate precedent of legal impunity that they have enjoyed for so long. The international community should do all that it can to draw attention to Salem’s lawsuit, proceedings, and eventual resolution.  It should also encourage him and other like-minded activists

to challenge Salafis within a rule of law framework of direct evidence and clear appeals to civil freedom and protection rather than to religious sensibilities.