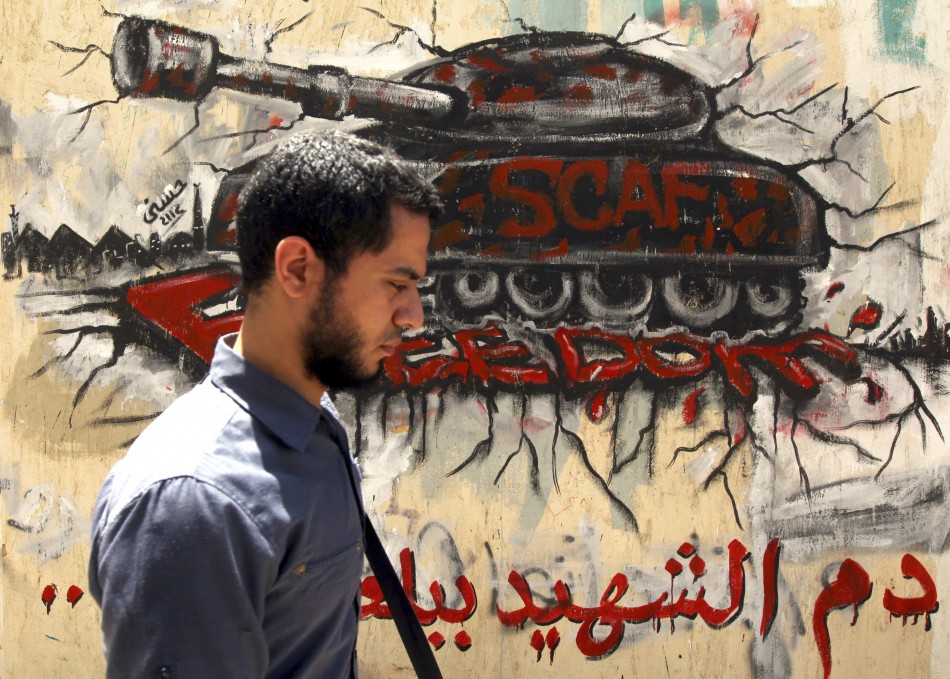 The Supreme Council of the Armed Forces (SCAF) has issued an addendum to the March 2011 Constitutional Declaration that human rights activists fear will institutionalize military dictatorship in Egypt. The SCAF’s decision to issue amendments to several articles on the eve of the announcement of the official presidential results was strategically timed to avoid accusations of anti-Brotherhood bias after a likely victory by the Freedom and Justice Party’s candidate Mohamed Morsi.

The announcement has renewed concerns that the SCAF is seeking to prolong its political role beyond June 30, the previously announced deadline for its transfer of power to an elected civilian president. Although the SCAF has renewed its pledge to hand over power by the end of the month, the dissolution of Parliament and subsequent transfer of legislative authorities to the military (confirmed in yesterday’s constitutional declaration) means that the SCAF will continue to wield significant political power until a new Parliament is formed – which the latest SCAF declaration suggests will not take place until a month after the new constitution has been written.

The new addendum referenced the role of the newly elected President as stated in Article 56 of the March 2011 Constitutional Declaration. According to the original article, the President possesses supreme rights that no other institution can challenge, especially in the absence of the Parliament. These rights include the issuing of laws and vetoing of Parliament-proposed legislation, appointing the cabinet and state bureaucracies, negotiating treaties and representing Egypt at home and abroad. In the new constitutional supplement, however, the SCAF has abridged presidential powers and further entrenched the military establishment as a de facto fourth branch of government. The SCAF now wields legislative power and the prerogative to oversee all military-related matters until a new Constitution is written and a Parliament is elected a month later. The generals, moreover, by giving themselves the right under Articles 60-B and 60-B1 to form and intervene in the work of the Constituent Assembly, have thus successfully engineered a legal basis for perpetuating their political and economic privileges in the new system and more importantly institutionalizing the “soft coup” they staged in February 2011.

In retrospect, the generals would not have been able to seize this opportunity and issue the new articles if the Supreme Constitutional Court (SCC) had not ruled the parliamentary law unconstitutional last week, a decision that required the dissolution of the recently elected People’s Assembly. In addition, the military and its security services were further empowered by last week’s Ministry of Justice Decree giving military police and intelligence officers sweeping powers  to arrest civilians, a move that effectively replaces the recently expired Emergency Law with martial law.

It is apparent that the generals issued this new constitutional declaration to maintain their interests and preemptively curb the powers of the President to prepare for their worst case scenario: a win by Mohamed Morsi. No matter how hard the generals feign impartiality, it is clear Shafik would be much more amenable to the perpetuation of military influence over Egypt’s political future, in comparison with Morsi and the Brotherhood, who represent a serious threat to the SCAF’s institutional and economic interests.

On the whole, the constitutional addendum enshrines the power of the military as a separate branch of government that is not only protected from civilian oversight, but possesses the power to check the president’s political agenda. By reserving for itself the power to issue laws and oversee the state budget, as well as veto presidential declarations of war, the SCAF has signaled that it is only willing to partially surrender its interim executive authorities. Instead of returning to the barracks by June 30 as promised to the Egyptian people, the generals have effectively broken their commitment and extended their rule until at least a new constitution is written, a process that could take months. The new powers that the SCAF has unilaterally claimed for itself present a serious and frustrating setback to Egypt’s so-called “democratic” transition. As human rights activist Hossam Baghat remarked, “Egypt just witnessed the smoothest military coup.  We’d be outraged if we weren’t so exhausted."