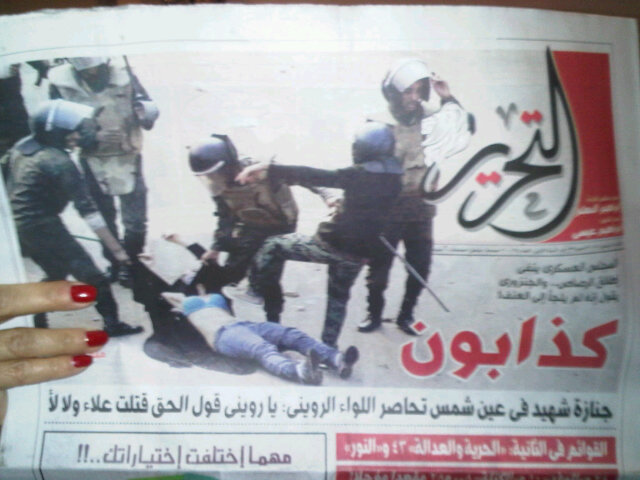 Field Marshal Field Marshal Tantawi has issued a "letter to the Egyptian people" expressing the SCAF’s increasingly defensive posture, but at the same time appearing to yield ground to protesters by offering to immediately hand over power "if the people demand it through a legislative referendum." The full text of the statement is available in Arabic on the SCAF’s official website. Here is a breakdown of the key points:

This is not the first time the SCAF has offered to relinquish power by referendum. On November 22, amid the last groundswell of anti-military activism,Tantawi pledged to give up power if put to a popular vote, using almost identical language. The SCAF certainly won’t win back the hearts and minds with fire hoses and batons. Looking at the front page of Tahrir newspaper — which proclaims the SCAF "liars" — it’s clear that the public has run out of patience with the SCAF’s empty promises.