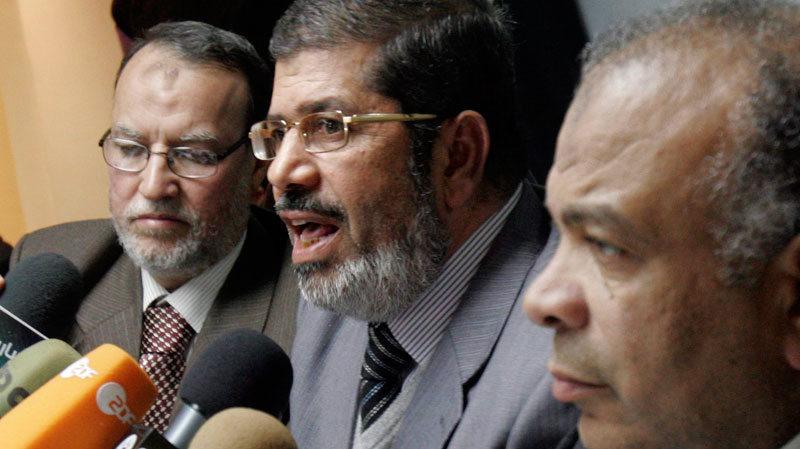 Despite widespread speculation to the contrary, the Muslim Brotherhood’s political wing — the Freedom and Justice Party (FJP) — has consistently ruled out the possibility of forming any strategic alliance with the Salafist Nour Party. Although the two parties have been indiscriminately – and incorrectly — lumped together as "Islamists" by some observers, the FJP has been keen on maintaining its distinctly moderate outlook by focusing on nationalist alliances instead of ideology-based ones and prioritizing public policy over religious agendas.

The Muslim Brotherhood, much like other parties, was caught off guard by the Salafis electoral gains in the latest People’s Assembly elections. With almost a quarter of the seats, the Nour Party came in second to the FJP, and the former’s leader has been nominated for the influential post of deputy speaker of the People’s Assembly, scheduled to convene for its first session on January 23.

A challenge for the FJP now is to maintain its inclusive policy toward other parties without falling into the trap of ideological polarization, and without excluding the Salafis either. The FJP’s track record throughout the transitional phase has proven that it is not seeking strategic alliances with the Salafis nor with other Islamist parties per se, but rather cross-ideological coalitions that can achieve "consensus." The FJP’s commitment to coalition-building gave rise to the Democratic Alliance for Egypt (DAE) in the months following the ousting of Hosni Mubarak, a coalition that started with 13 parties from across the political spectrum aimed at uniting diverse parties around a common political agenda. The DAE was later converted into a powerful electoral coalition which garnered 47 percent of the seats in PA elections. As the only non-ideological coalition competing in the last elections, the DAE offered a middle-of-the road alternative between the secular-dominated Egyptian Bloc, and the Salafi coalition led by Nour Party.

Furthermore, the FJP sought to allay fears of an "Islamist Government" by insisting on its intention to form a coalition government. This would be based on the 11 parties currently in the DAE together with other parties and independents expected to join FJP’s coalition from outside the alliance. This indicates that FJP still abides by MB’s old—yet still valid—motto "Participation rather than Domination." Based on the same logic behind the traditional slogan, the FJP has stated that it will not field a presidential candidate affiliated with the Brotherhood.

The same applies to the FJP’s proposed parliamentary agenda. Unlike its Salafi counterparts, the FJP does not seem to be preoccupied with the strict application of Sharia law. The party is fairly confident that the majority of Egyptians support the second article of the 1971 constitution, which states that "the Principles of Islamic Shariah are the main source of legislation," and that the majority of secular parties also agree with that article. Therefore, the FJP has prioritized socioeconomic reforms that constituted the core of the Revolution’s demands.  The FJP is aware that what matters most to the millions of underprivileged Egyptians who voted for the party is not simply the reinstating of religious values in society, but more importantly how an FJP-led government would be able to alleviate their deteriorating economic conditions caused by decades of authoritarian and corrupt rule.

Moreover, the FJP has offered a set of reassuring gestures concerning its adherence to the civil and democratic state. In a recent article outlining the vision of the party, Mohamed Morsi, FJP Chairman, reiterated that one of his party’s goals is the "establishment of the modern Egyptian civil, constitutional state, based on freedom and democracy," after highlighting twelve challenges perceived to be the party’s priorities, on top of them "the principles of liberty and equality" as Morsi states. The party also emphasized respect for press freedom after rumors that accused the FJP of seeking to restrict freedom of expression in the media. In addition, following the latest raids on Egyptian NGOs – following accusations of illegal foreign funding – the FJP denounced the crackdown, stressing "the importance of the role played by civil society organizations in monitoring government actions, assisting it in reaching the public, and preventing its security forces from returning to the policies and practices of oppression and injustice and tyranny that prevailed in the days of the defunct former regime, by monitoring the actions and movements of these forces, and conveying this information to the public in a completely transparent process."

While the above examples provide ample evidence of FJP’s willingness to undertake the role of a responsible political player in post-revolutionary Egypt, it is yet to transform words into actions as it gears up for the establishment of Egypt’s long-awaited democracy. The enormous challenges ahead require national consensus and unity towards achieving the goals of the revolution. Apparently, the FJP is aware of the delicate balancing act that is needed to build a politically and ideologically inclusive coalition, and is therefore treading very cautiously.

Sondos Asem is a political commentator affiliated with the Muslim Brotherhood and a leading voice in Egypt’s social media sphere. She can be reached at [email protected]. Follow Sondos on Twitter @SondosAsem.