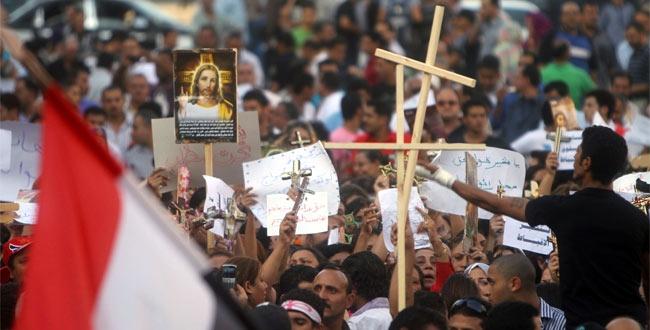 Just a few days after assuming executive powers from former president Hosni Mubarak, the newly empowered Supreme Council of the Armed Forces (SCAF) took a significant but often overlooked step toward building the legal foundation for Egypt’s emerging democracy: forming a committee of legal experts headed by Justice Tarek al-Beshry. Al-Beshry, a former vice chairman of Egypt’s State Council, was commissioned study and draft some limited amendments to the 1971 Constitution, which were later approved by a referendum in March. The demand for constitutional amendments was at the core of the January 25 uprising, after decades of rigged presidential and parliamentary elections forced Egyptians to recognize the urgent need for a legal framework guaranteeing a free and fair electoral process. Prior to the revolution, the ruling National Democratic Party (NDP) successfully amended Egypt’s constitution to strengthen the authority of the executive branch and stifle political pluralism.  Rewriting Chapter 5 – dealing with the powers of the presidency – has been a high priority for reformers, but another constitutional provisions, Article 2, defining the role of religion vis-à-vis the state has come under increasing scrutiny. The electoral victory of Islamists, occupying over 70 percent of the seats in parliament, has raised concerns that religious conservatives could try to “Islamize” the constitution by amending Article 2.

Article 2, which remained untouched during Mubarak’s regime, has now become a subject of controversy among various political parties and religious leaders. The ongoing debate about Sharia and its application has raised the hopes of Islamists – some of whom aspire to bring Egyptian society into closer compliance with Islamic principles – while causing anxiety among liberals, who want to ensure that the constitution preserves a degree of separation between Islam and the state and protects the rights of religious minorities. Article 2 of the interim constitution and the 1971 constitution on which it is based states, “Islam is the Religion of the State. Arabic is its official language, and the principal source of legislation is Islamic jurisprudence [Sharia].” However, the identification of Sharia as the main source of legislation does not make Egypt a theocratic state, Egypt’s Grand Imam Ahmed al-Tayeb has warned that modifying the language of Article 2 could set Egypt on a dangerous path to religious statehood.
As Al-Tayeb, the leader of al-Azhar Mosque (the supreme authority in the Sunni-Muslim world), explained, “Islam is the main religion of Egypt and any amendments of Article (2) would lead to subverting public order … Egypt has never been nor will be a religious state applying the theocratic concept where holiness is given to the ruling elite, but a civil state based on Islamic law ruling, in which all the public are equal and sacredness is for law and methodology.”
An analysis of the current debates over Article 2 reveals that fears of an “Islamized” constitution are not well-grounded. Most Islamists recognize that amending Article 2 would be extremely difficult and highly divisive, as the current text is viewed as the only formula acceptable to liberals, secular groups and religious minorities.  After their political success in the first post-revolutionary elections, the Brotherhood and other Islamist groups have taken a public stand against sectarianism and have frequently called for dialogue and reconciliation between Muslims and minority religious groups. The most immediate threat to religious freedom, of one exists, lies not in amending Article 2, but in interpreting the same text differently to justify a strong role for Sharia in the political system and public life.
The Muslim Brotherhood and its political arm, the Freedom and Justice Party, have stated their support for a civil state based on the pillars of Islamic Sharia, raising alarm among liberals and Coptic Christians who fear Islamists may try to strengthen the role of religion in the state. The Brotherhood has argued that the current formulation of Article 2 guarantees fair opportunity and treatment for both Muslims and non-Muslims to start political parties, run for public office, and hold government positions, easing fears that the party is seeking to change the controversial clause.
Even the conservative Islamist Salafis have launched Facebook and Twitter campaigns calling for inter-religious tolerance and debunking common myths about Sharia. Salafis have reached out to the Coptic Christian community and vocally condemned hate crimes against Christians.
Even Christian leaders acknowledge the importance of maintaining the current text of Article 2. In 2007, Coptic Pope Shenouda rejected a speech by Anba Morqos, an official spokesman of the church, calling for the elimination of Article 2. In 2011, Pope Shenouda III reiterated his support for the preservation of Article 2, which he believed was essential to preventing sectarian violence, but with the caveat that the article should be expanded to guarantee the right of non-Muslims to refer to their own religious doctrine in personal status matters.  Since then, Muslim religious leaders have pointed out that Sharia jurisprudence provides a basis for granting non-Muslims the right to defer to their own religious laws in family or personal status issues.
Even if they mistrust the intentions of Islamists, liberals should find reassurance in the words of \ Mohamed ElBaradei, former presidential candidate and one of Egypt’s leading liberal and secular thinkers, who has endorsed the preservation of Article 2. According to ElBaradei, Article 2 is an essential expression of Egyptian identity, acknowledging the central role of Islam in society. He acknowledges that even his own daughter only married a Christian after he converted to Islam.
There is no reason to assume that the process of rewriting Egypt’s constitution – which will most likely leave Article 2 intact – would transform the country into a theocratic state. By definition, a theocracy is run by governmental officials who consider themselves divinely guided, or leaders of a specific religious doctrine – a historical example would be the Roman Empire. A civil state, on the other hand, is governed by three interwoven authorities: legislative, judicial, and executive. What makes a state Islamic (as Egypt is currently defined) is that the legislative authority draws on Sharia principles in formulating the country’s laws, but has the prerogative to draft new legislation that supersedes Islamic law as needed, and as national interests dictate. Egypt has a long traditional of judicial oversight over the legislative and executive branch, and the judiciary will continue to serve as a check on any application of Sharia that is detrimental to these interests. There is every reason to believe that the new Egypt can be both an Islamic state and a civil state based on rule of law.
Khaled Saad is an Egyptian legal consultant at the American Bar Association-Rule of Law Initiative in Egypt. His work focuses on legal education and moot court programs as well as establishing the first legal clinic in Cairo. He majored in law at Ain Shams University in Cairo, and holds a masters degree in International Business Law from Indiana University.
Photo credit: RNW