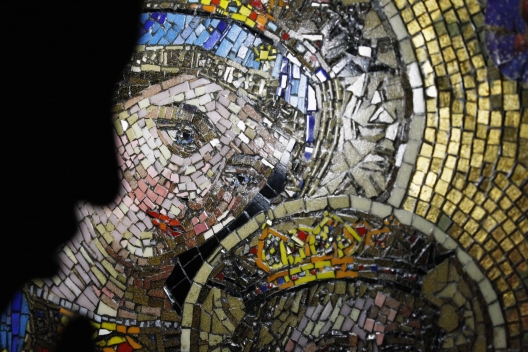 A ruling against four Coptic Christian teenagers in which they received maximum sentences on charges of contempt of religion has renewed calls for amendments to Egypt’s blasphemy laws. On February 25, the Beni Mazar Juvenile Misdemeanor Court sentenced Muller Atef, Bassem Amgad, and Albert Shafik to five years in prison on charges of insulting Islam. A fourth defendant, Clinton Magdy, was sentenced to five years in a juvenile detention facility. Two months earlier, a separate court sentenced their teacher, Gad Younan, who is also Christian, to three years in prison on the same charges.

The sentences, which sent shockwaves through the Coptic Christian community, were condemned by several members of parliament, human rights organizations, and a few political parties. They all demanded that laws allowing the imprisonment of citizens over general and vague charges of contempt of religion should be abolished. They noted that these laws have long been used to suppress freedom of expression, and to discriminate against Christians. According to a 2013 report by local rights group, the Egyptian Initiative for Personal Rights (EIPR), 41 percent of Egypt’s blasphemy cases brought to trial are against Christians, despite the minority making up approximately only 10 percent of the population.

According to EIPR, 12 defendants have been convicted in blasphemy cases since January 2015, with another 11 cases pending. Among those are several high profile blasphemy cases in which Muslims were sentenced on charges of contempt of religion. Islam al-Beheiry, who presented a talk show on a private television channel was sentenced to three years after Al-Azhar accused him of insulting Islam. His sentence was later reduced to one year by an appeals court, and he continues to fight the ruling, while in prison, before the Court of Cassation. Fatma Naout, a writer, was also sentenced to three years in prison after expressing her opposition on Facebook to slaughter rituals on the occasion of Eid al-Adha. The case is now in front of the Appeals Court.

Mina Thabet, Program Director at the Egyptian Commission for Rights and Freedoms, told EgyptSource the sentence against the four teenagers in Minya, and their teacher, was not only shocking because the minors received the maximum penalty, but also because the only defendant sent to a juvenile facility was actually the oldest among the four. “The entire ruling is very confusing and incomprehensible,” said Thabet. “Magdy was born in 1997, and he was sent to a juvenile facility for five years, while the three other defendants were born in late 1998, and they were sentenced to five year imprisonment with no bail, which means that they will be sent to a regular prison for adults,” he added.

The four teenagers are currently in hiding and were not present for the sentencing. Thabet said their lawyer would appeal the sentence. “The problem is that he’s concerned the children would have to go to jail during appeal because the judge did not order bail to suspend the sentence during the remaining legal process,” he explained.

What Were They Sentenced For?

The four teenagers, who were around 15 at the time, were on a summer trip in February 2015 with their teacher when they filmed the 30-second video mocking the militant group the Islamic State (ISIS or ISIL). The recording, which was never intended to be shared publicly, shows four teenagers laughing while mimicking Muslim prayer. One of them mimed the act of beheading one of his friends, amid congratulations and jokes from the rest, appearing to show the contradiction between an act of submission to God during prayer, and the brutality of a beheading. The video was filmed in the wake of news that ISIS beheaded 20 Coptic hostages in Libya.

The recording, filmed on their teacher’s phone, was found in April 2015 by a resident in their village after Gad lost the memory card. According to EIPR, which investigated the case, as word spread among villagers that Christians were mocking Muslim prayers, Christian properties and homes were attacked, and attempts were made to storm the local church. According to the teenagers’ lawyers, the individual who found the memory card also filed a complaint with the police. Police immediately arrested the four teenagers and their teacher. They spent nearly two months in prison until prosecutors’ ordered their release on bail pending trial. At the same time, village’s elders held a “reconciliation” meeting attended by the local police, Muslim scholars, and the local priest, to bring an end to the attacks on Christians. The informal meeting—a customary means of resolving sectarian tension often criticized by rights groups for not offering real accountability—ended with the decision that Younan, his wife, and their three children would be expelled from their village.

Responses to the Verdict

At least 30 members of parliament signed a petition, spearheaded by Emad Gad, demanding amendments to the contempt of religion law. They also warned of the consequences of the ruling on the dominant feeling among Coptic Christians that they did not enjoy equal rights in Egypt. “Indeed, many Christians feel safer since President Abdel Fattah Sisi took office and support his calls to reform and renew religious speech dominated for years by extremists,” Gad told EgyptSource. “But many discrimination practices remain the same on the ground, including this last ruling by the court in Beni Mazar,” he added. Gad also pointed to the fact that “many prominent Islamic scholars, both moderate and extremist, regularly attack Christianity and Christians, dubbing them as infidels and insult the main tenants of their religion. But they are never taken to court over the charge of contempt of religion.”

On February 27, six political parties, including the Egyptian Social Democratic Party, Dostour, the Socialist Alliance, and the Popular Trend, together with 20 human rights organizations issued a statement criticizing the ruling against the teenagers, asking the Prosecutor General to appeal the verdict. “This sentence confirms that the call by the president to renew Islamic speech has been limited to official speeches and media statements, and provides support for extremist and terrorist ideas and groups,” the statement said. “Terrorism is not just bombs and explosives, but also ideas and practices that support terror, including the laws on contempt of religion which aim to suppress any views that confront the roots of terror in our heritage and ideas,” the statement added. The signatories also asked the parliament to immediately amend the existing laws, and abolish the vaguely worded articles on contempt of religion.

According to Thabet, of the Egyptian Commission, the rise in influence of political Islamic groups over the decades in Egypt has led to more contempt of religion cases against Christians, especially in Upper Egypt, where a large portion of the Christian population is concentrated. According to some estimates, up to 50 percent of the population in Minya, where the incident took place, is Christian. Thabet, who has investigated 25 similar cases over the past five years, says, “Regardless of the evidence in the case, courts usually issue harsh sentences against Christians in such cases, mainly in the hope of calming angry local public opinion.”