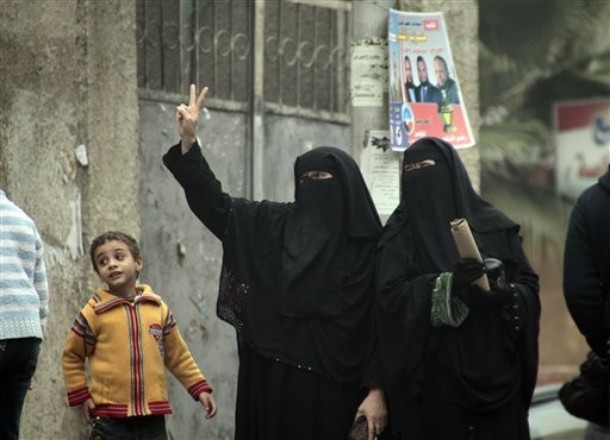 The High Electoral Commission (HEC) has announced the final results for the first round of Egypt’s Shura Council (upper house) elections. As expected, Islamist parties swept the elections: The Muslim Brotherhood’s Freedom and Justice Party (FJP), the Salafi Nour Party and independent candidates came ahead in all governorates except in Cairo where two female candidates will be competing against FJP candidates in the re-runs.

While the strong showing by Islamists is consistent with their decisive victory in the recently concluded elections for the People’s Assembly, a major difference between the lower and upper house elections is the drastically reduced voter turnout observed thus far in the latter. Starting in November, Egyptians turned out in record numbers (62 percent of eligible voters) to participate in elections for the lower house of parliament, the People’s Assembly. In stark contrast to this dramatic turnout, however, the first stage of elections for the upper house (Shura Council) – lacking legislative powers and perceived as politically ineffectual – has been largely ignored by apathetic voters feeling fatigued by months of elections, runoffs and re-runs.

Political parties, as well, seem to have written off the Shura Elections – except for the Muslim Brotherhood’s Freedom and Justice Party and Salafi Nour Party – whose posters and campaign workers were widespread in Cairo and the twelve other governorates that voted on January 29 and 30. After a disappointing performance in the People’s Assembly elections, liberal parties seemed to have little energy for recouping their losses in the upper house. In addition, the larger geographic size of the Shura districts may have been overwhelming to smaller parties that exhausted their campaign resources in the People’s Assembly elections.

Another potential explanation for low voter turnout this week may have been growing calls from major political figures – including former presidential candidate Mohamed ElBaradei and Salafi presidential candidate Hazem Abu Ismail – for the cancellation of Shura Council elections altogether and elimination of the upper house, to expedite a transfer of power to civilian leadership.

Egypt’s Shura Council is composed of 270 members (50 percent of whom must satisfy the worker/farmers quota requirement). Of these 270 members, two thirds (180 members) are elected — 120 members through party-list races and 60 through the individual candidacy system – and 90 are appointed. The process for electing the Shura Council has already seen some modifications under growing pressure for an expedited transfer of power. Earlier in the elections season, the High Electoral Commission (HEC) decided to eliminate of one the three phases of Shura polling and conduct elections in two stages instead, to shorten the transitional period. In the face of rising opposition and anti-military protests, the ruling Supreme Council of the Armed Forces (SCAF) has also agreed to let the next elected president make these 90 appointments, rather than the military, meaning that the parliament will not be fully formed until after the presidential election expected by the end of June.

In addition to proposals for the cancelation of Shura Council elections and elimination of the upper house, several other factors contributed to low voter turnout and boycotting:

These factors combined were a recipe for low turnout and reflect rising disillusionment with the SCAF-administered electoral process, as widespread street protests express escalating demands for an immediate end to military rule. The low rate of participation in elections this week provides further evidence that Egyptians are losing faith in the SCAF’s ability to administer a successful democratic transition and are more concerned about expediting a power transfer to civilians than voting in yet another round of elections for an upper house that many believe has no reason to exist.